The Ascend P6 is powered by a 2000 mAh battery and is run by Android 4.2.2 operating system and 1.5 GHz quad core processor.

Huawei today officially announced the launch of world’s slimmest smartphone, the Huawei Ascend P6, in India. The 6.18 mm thin smartphone weighs just about 120 grams and is priced at Rs 29,999.

Victor Shanxin, President, Huawei Devices India said, “The Ascend P6 has already received a tremendous response from global consumers over the last few months, offering unsurpassed technology with a design that is simply stunning.” The phone has also been awarded the title of ‘European Consumer Smartphone 2013 – 2014 by the European Imaging and Sound Association (EISA). Globally recognized for its R&D strength and innovation, Huawei has made a significant mark in the smartphone segment and is looking to advance its position amongst the top five smartphone brands globally.

Huawei Ascend P6 has a 4.7 inch LCD screen with high definition resolution. It has an 8 megapixel rear camera with F2.0 aperture and is said to be able to capture high definition videos. It has a 5 megapixel front facing camera as well. 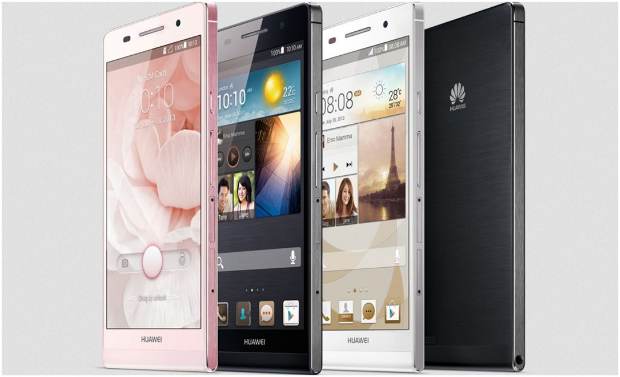 “Huawei’s proprietary IMAGESmart software makes this device packed with features that can make even the most novice photographer turn into a professional, with contrast and color enhancement, auto scene recognition and instant facial beauty support,” said Huawei in a press release

The Ascend P6 is powered by a 2000 mAh battery and is run by Android 4.2.2 operating system and 1.5 GHz quad core processor. It has Huawei’s Emotion user interface. The phone is available in Black and white colours from Flipkart and Snapdeal.