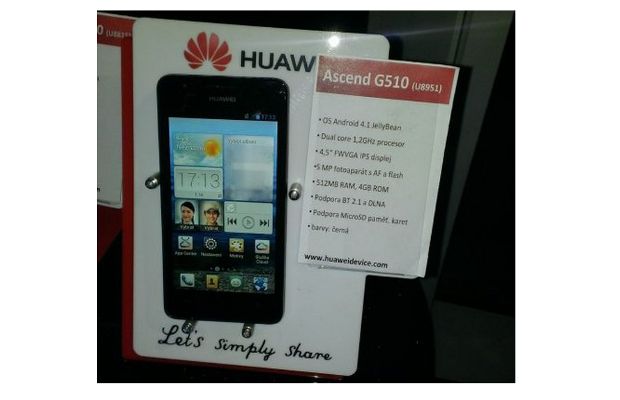 The Ascend G510 appears to be aimed at the budget level smartphones with larger display. The Ascend G510 has a PowerVR SGX 531 graphics chip that will power most of the modern mobile games and also run the Android 4.1 Jelly Bean update smoothly on it.

Huawei has added 1700 mAh battery and thus expected to run for a day at least. Huawei is expects to make the Ascend G510 available across Europe in the second quarter of this year.