HTC U11 Plus could be announced on November 2

The invite hints that the company might launch the U11 Plus smartphone during the event.

It seems that HTC is all set to launch a new smartphone at an event on November 2 in Taipei, according to a leaked press invite. The invite hints that the company might launch the U11 Plus smartphone during the event. 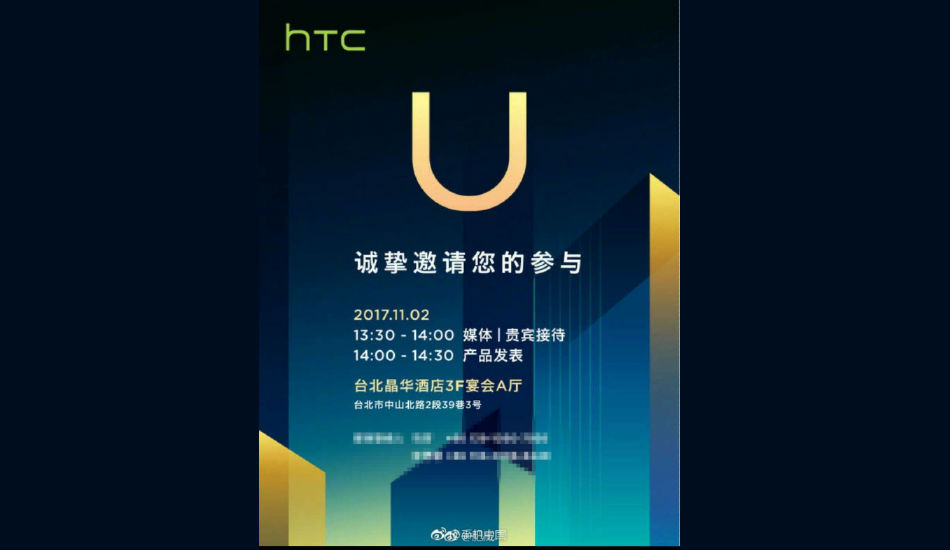 The leaked invite was shared by ITHome and it shows the letter “U”, which could mean that a new smartphone will be from company’s U-series. Recollecting some key specifications, the HTC U11 Plus could sport a 5.99-inch display with a screen resolution of 2880 x 1440 pixels. This type of resolution means that the device will come loaded with an aspect ratio of 18:9. The screen will be made by JDI.

On the camera front, one will get a 12-megapixel camera on the back panel and it will be the same sensor that was seen in the U11. For the front, there will be an 8-megapixel shooter for selfies and video calling. The device is reported to boast an IP68 certification, which will make it water and dust resistance and it can be submerged up to 1.5 meters in water for 30 minutes. The phone is further reported to come with Qualcomm QuickCharge 3.0 technology and it will sport company’s latest Edge Sense feature, which we saw in the HTC U11.