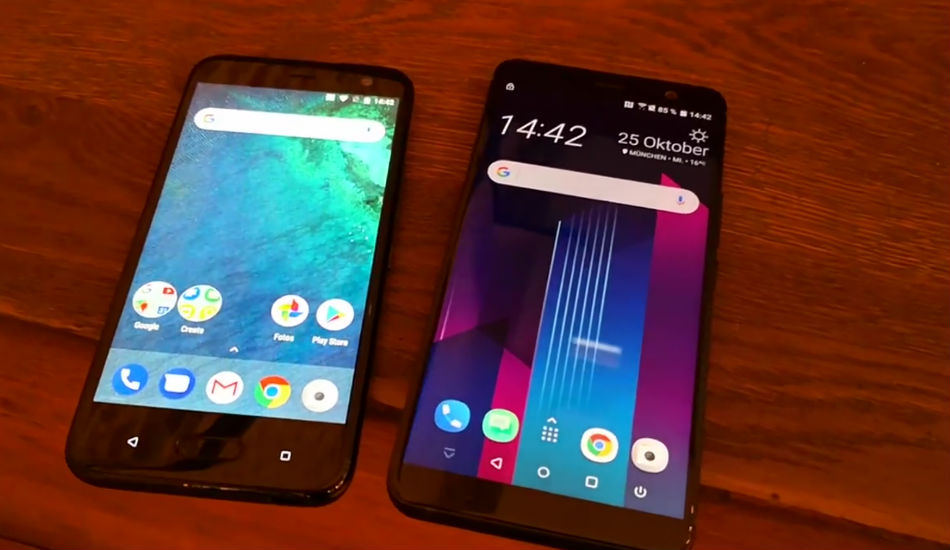 The HTC U11 Plus will retail in Switzerland at a price of 849 Swiss Francs, which roughly translate to Rs 54,892.

HTC is all set to launch this year’s devices including a flagship HTC U11 Plus and a mid-range U11 Life smartphone on November 2. Now, just ahead of launch, both the smartphones have appeared in a new hands-on video, which reveals almost everything about the upcoming smartphones.

The hands-on video was posted a German news site Blick. The video says that the HTC U11 Plus will retail in Switzerland at a price of 849 Swiss Francs, which roughly translate to Rs 54,892, while the U11 Life will come with a price tag of 349 Swiss Francs, which is equivalent to Rs 22564.

To start with the flagship device, the video confirms that the U11 Plus will feature a 6-inch QHD+ display with some minimal side bezels and an aspect ratio of 18:9. Interestingly, the phone will come with a translucent version and the charging coil along other internal components are visible on the back panel.

The video also suggests that the smartphone will feature contextually aware Edge Sense and it come with new features including a rotary-dial like apps, which could be accessed by a long squeeze on the frame. The video also reveals that the phone will sport a 4000mAh battery and it will available in 128GB of storage option. It will also boast water resistance rating as well.

Coming to the mid-range smartphone, the U11 Life will feature a 5.2-inch display and it will also feature Edge Sense, similar to what we saw in the U11 smartphone. It is also reported to be a part of Android One programme and it will run on Android 8.0 Oreo.