HTC U11 EYEs confirmed to launch on January 15

The company has posted an official press invite on its official Weibo account.

HTC is holding an event in China on January 15 where it will launch the latest HTC U11 EYEs smartphone. The company has posted an official press invite on its official Weibo account, which reveals the date.

The teaser has a reference to ‘EYE’ word in the post, which all but confirms that the company will launch the HTC U11 EYEs in the country. The invite was first spotted by Playfuldroid and it also shows dual cameras in the background, which could mean that the smartphone will come loaded with dual selfie cameras. 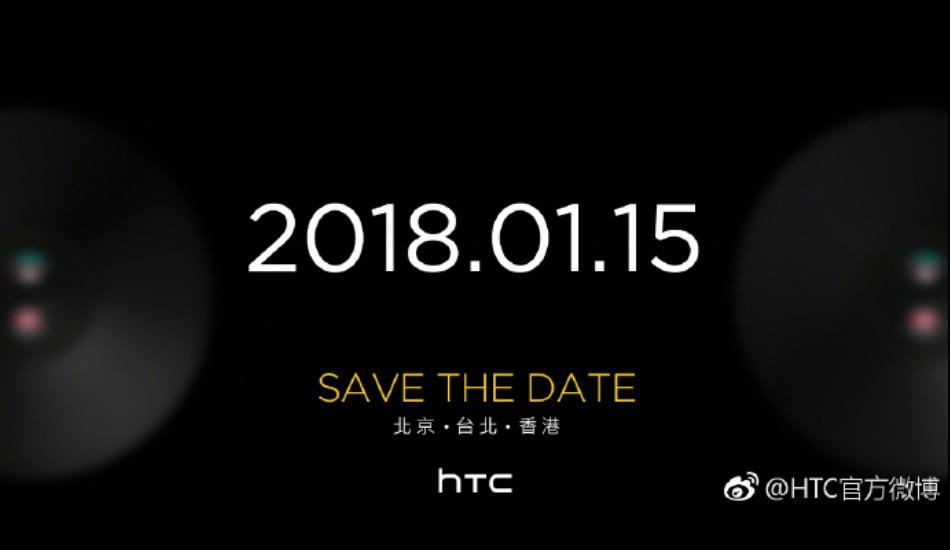 HTC U11 EYEs is none other than the rumoured HTC Ocean Harmony, which has been leaked multiple times. Earlier rumours have revealed that the phone will feature a 5.99-inch Full HD+ display with a screen resolution of 2160 x 1080 pixels.

Moving on, the smartphone will be backed a 3930mAh battery and it comes loaded with Edge Sense functionality. For the unintended, through Edge Sense one can perform different functions. A simple squeeze will allow users to interact with the side panel that allows you to initiate actions like take photos, open Facebook, or launch any of your favourite apps. For the camera, it will boast OIS enabled 12-megapixel rear camera and dual 5-megapixel front-facing cameras.