HTC One Max to be launched on October 15: Report

HTC One Max, which was earlier expected to be launched on October 17, is now reportedly set to be launched this October 15 instead. Slashgear claimed this on the basis of a tip from its sources. Quite likely that HTC does not want the One Max launch to mix up with the Windows 8.1 launch and Ubuntu Touch OS launch on October 17.

HTC One Max will come with a 5.9-inch Super LCD 3 display packing 1080p HD resolution, a quad-core 2.3 GHz Qualcomm Snapdragon 800 mobile processor, and 2 GB RAM. The on-board storage is not confirmed as yet but it would certainly be 32 GB. This smartphone will pack a 3300 mAh battery pack and will run the Android 4.3 Jelly Bean update out of the box with Sense 5 user interface. 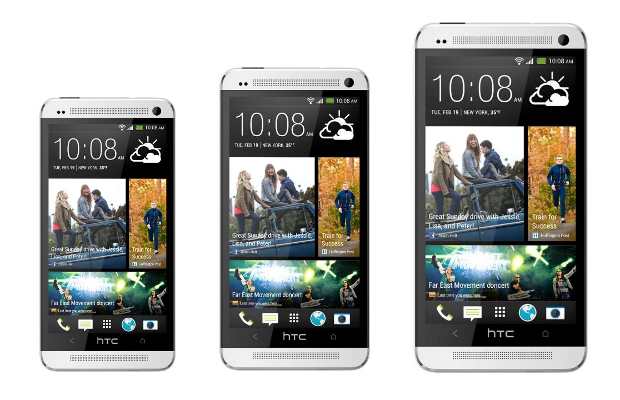 HTC One Max will have the Beats Audio integration and hopefully the Amplifier to boost audio output along with BoomSound feature powering the twin stereo speakers in the front. This will be a major device from HTC for this is the first time company is experimenting with large display bearing device. Also, the One Max will complete the One family – One, One Mini and One Max.

Bearing the same design language of the HTC One, the One Max will offer Fingerprint Reader and also have a removable back – just like the one in One Dual SIM model. The estimated price of the One Max can range around Rs. 55000.