The HTC One M8 is set to arrive on March 25 and it has very high end features.

Information about a new HTC handset has been leaked and it is expected to be the flagship smartphone of the company. Hillariously, the phone carries an unusually long title – The All New HTC One. It is codenamed as M8 and as per the leaked sales guide, it would be launched this March 25.

GSMArena has claimed to have got it hands on the Australian Sales Guide of The All New HTC One M8 and if it is at all true, then brace for a really powerful handset.

As per the report, the phone has been designed like the HTC One. The M8 will have a 5-inch full HD display and will be powered by the new quad-core 2.3 GHz Qualcomm Snapdragon 801 mobile chipset. The handset weighs 160 grams with its 2600 mAh battery and is 9.35 mm thick. Thankfully there is a micro SD card slot in the M8 which also comes with Bluetooth, WiFi, and GPS with A-GPS support. It is also said to have Barometer which measures pressure and can be used to forecast short term changes in the weather and can be used to estimate altitude. Though currently not many apps can utilise Barometer, in future weather and altitude related apps can be augmented with this feature. 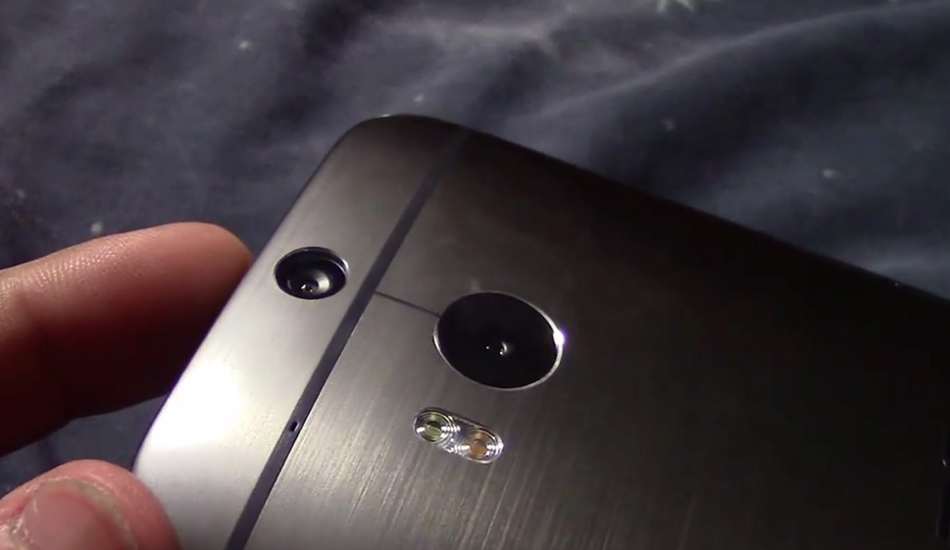 The leaked guide points at the HTC BlinkFeed which now allows aggregating content from social networks apart from the news websites. HTC has integrated two high quality speakers in the front of M8 and amplified them with BoomSound promising powerful and clear sound. 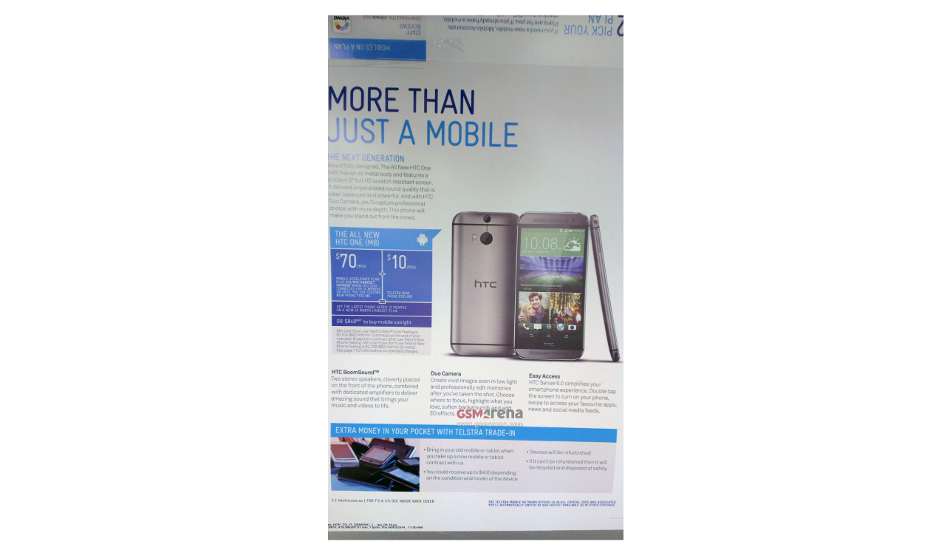 HTC has introduced new Motion Launch feature that basically allows the person to simply answer calls by putting phone’s ear-piece close to ears. Double tap wakes up the screen from sleep mode to check the weather and time. Undoubtedly, the M8 will run the Android 4.4 KitKat with the new HTC Sense version on top of it.

There are two cameras at its back which are referred as HTC Duo. Of the two, one is the main UltraPixel camera with 1/3-inch sensor and f/2.0 aperture. As per the guide, the camera would be able to record full 1080p HD videos and bundles features such as background softening and 3D effects – powered by HTC ImageSense chip. There is no clarity on how the 3D effects would be implemented but HTC places 5 megapixel camera in the front and that might be used along with two other cameras at the back.

The promotional material does not talk about HTC Zoe or Video Highlight features and we hope that HTC has tweaked both those features.

HTC has promised to launch the M8 on March 25.