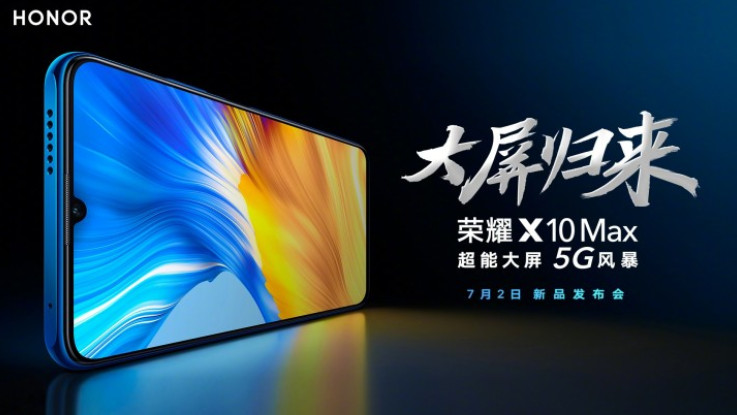 Honor is all set to launch its latest smartphone in the X-series with Honor X10 Max in China. The smartphone will be launched next month and some key details of the upcoming phone have been leaked online.

To start with, the company has officially revealed on Weibo that it will be launching Honor X10 Max 5G in China on July 2. The company has also posted a teaser of the upcoming smartphone. It shows that the smartphone will come with a waterdrop notch and there will be a speaker grille at the top.

The phone is loaded with a quad-camera setup with 48-megapixel primary lens, while for the front, there will be an 8-megapixel selfie shooter. The Honor X10 Max will come with a 5000mAh battery with 22.5W fast charging support. It runs on Android 10, based on Magic UI 3.1.1 on top of it. The Honor X10 Max will be available in three colour options including Black, Blue and Silver.