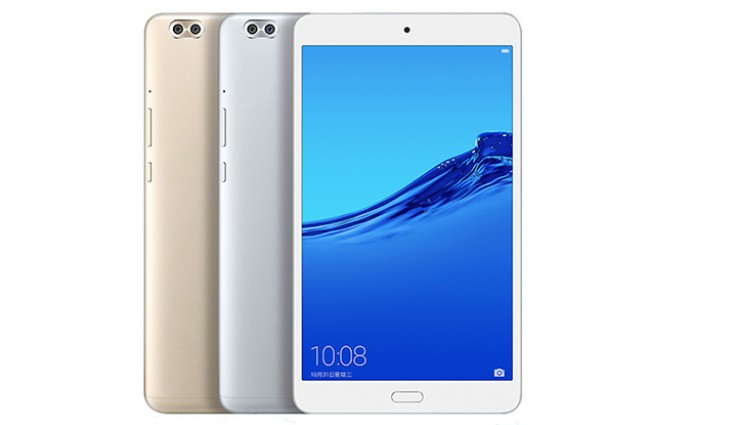 The LTE version of Honor Waterplay 8 has been launched with 4GB RAM and 64GB internal storage.

Honor has announced the launch of its Honor Waterplay 8 variant in China. Last month, it was launched as a Wi-Fi only tablet. Now the LTE version has been officially launched too. The tablet will be available in Silver and Champagne Gold and will go on sale on December 25.

The LTE version has been launched with 4GB RAM and 64GB internal storage. The Wi-Fi only model, on the other hand, is available in 4GB RAM + 64GB and 4GB RAM + 128GB variants. Honor Waterplay 8 LTE Version is priced at 1699 Yuan which is approx Rs 17,283. The rest of the specs of the new variant are the same as of Wifi only model.

The Honor Waterplay 8 features an 8-inch WXGA display with a screen resolution of 1920 x 1200 pixels. The tablet is powered by an octa-core Kirin 659 processor along with Mali T830-MP2 GPU.

For optics, the Honor WaterPlay has a dual-camera setup at the rear with a combination of a 13-megapixel rear camera with f/2.2 aperture, a 2-megapixel secondary lens with f/2.4 aperture. For the front, there is an 8-megapixel sensor with f/2.0 aperture.

The Honor WaterPlay tablet is backed by a 5100mAh battery which supports 9V/2A fast charge and it runs on Android 8.1 Oreo with company’s in-house EMUI 8.1 running on top of it. The Honor Waterplay 8 is waterproof and dustproof as it has an IP67-rating. The device measures 248 x 173 x 7.8mm and weighs 465 grams.