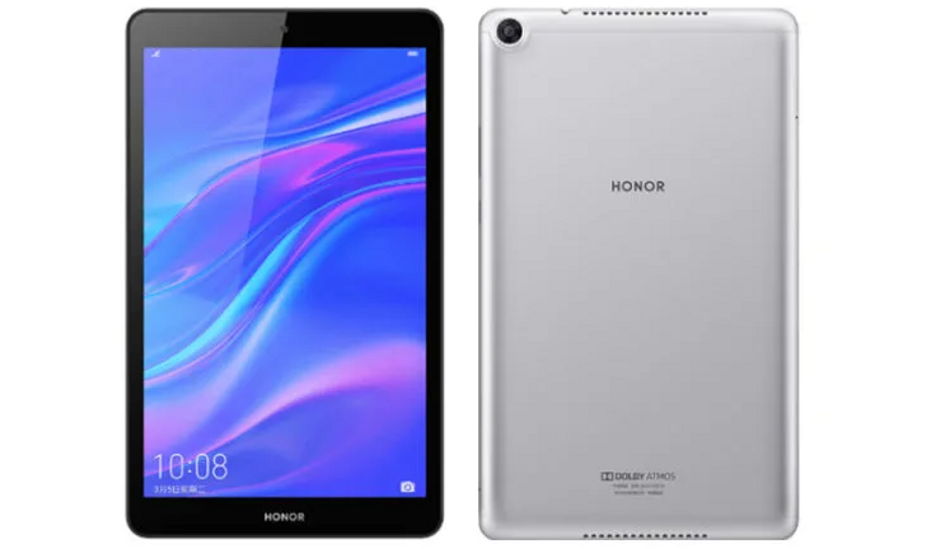 Honor Tab 6 will come with a Kirin 810 processor.

As per a Weibo post by a user, Changan Digital Jun, Honor Tab 6 will likely launch at the Honor V30 conference. The post further reveals that tablet will come with a Kirin 810 processor. However, the person sharing this info also adds the info was heard from two friends talking. So, take this info with a pinch of salt. 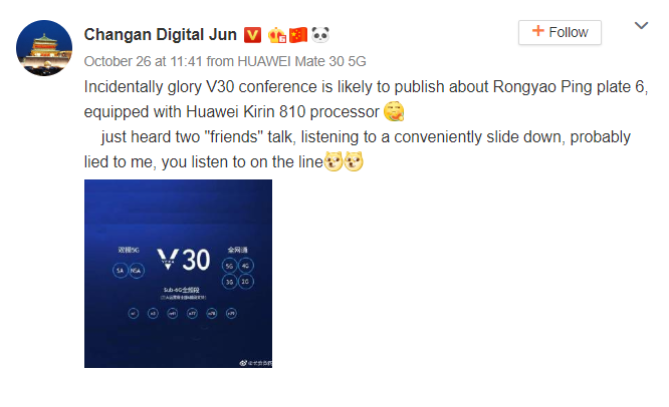 The new tablet will succeed Honor Tab 5 which was launched back in March this year. The Honor Tab 5 features an 8-inch display with a resolution of 1920×1200 pixels. It is powered by the Hisilicon Kirin 710 chipset coupled with ARM Mali G51 MP4 GPU.

The tablet comes in 3GB+32GB and 4GB+64GB memory configuration with support for up to 512GB of removable storage. The tablet features a massive battery capacity of 5,100mAh. It has an 8-megapixel rear camera while the front sensor has an 8-megapixel lens for taking selfies and video calling.