Both the phones will be launched in China on June 3.

Honor is all set to launch its latest range of smartphones under its Play series in China. The company has confirmed that it will be launching Honor Play 4 and Honor Play 4 Pro smartphones during the launch event.

Both the phones will be launched in China on June 3. The company has posted a teaser of the upcoming smartphone, which reveals that it will be gaming-centric and it will also support 5G connectivity. Meanwhile, Honor Play 4 has been certified by the Chinese regulatory website, TENAA, revealing some information. 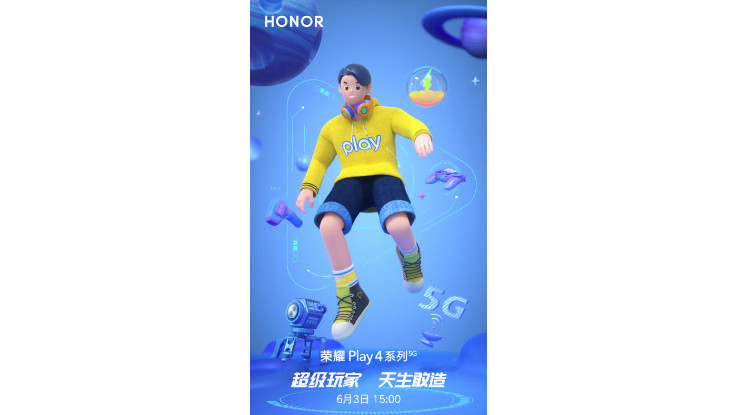 The listing reveals that the smartphone will come with model number TNNH-AN00 and it will be loaded with a punch-hole design at the front and quad-camera setup at the back panel. There will be a side-mounted fingerprint sensor as well.

The phone will come with a quad-camera setup with a combination of 64-megapixel primary lens, 8-megapixel wide-angle lens, 2-megapixel macro lens and a 2-megapixel depth sensor. For the front, there will be a 16-megapixel shooter. The phone comes with a 4000mAh battery with 22.5W fast charging support. The phone measures 170 x 78.5 x 8.9mm and weighs 213 grams.