Honor 9X comes with Android 9.0 Pie out-of-the-box and has 8GB of RAM.

Honor 9X and Honor 9X Pro will be launching on July 23 in China. Now ahead of the launch, the Honor 9X has been spotted on GeekBench benchmarking website, revealing some of its key specifications. The specs are inline with the specifications which appeared on TENAA earlier.

Honor 9X is listed on Geekbench with model number HLK-AL10. As per the GeekBench listing, Honor 9X comes with Android 9.0 Pie out-of-the-box and has 8GB of RAM. It will be powered by a 1.88 GHz octa-core processor. The phone has scored 2791 points in the single-core test while in the multi-core test, the phone has received 7586 points. 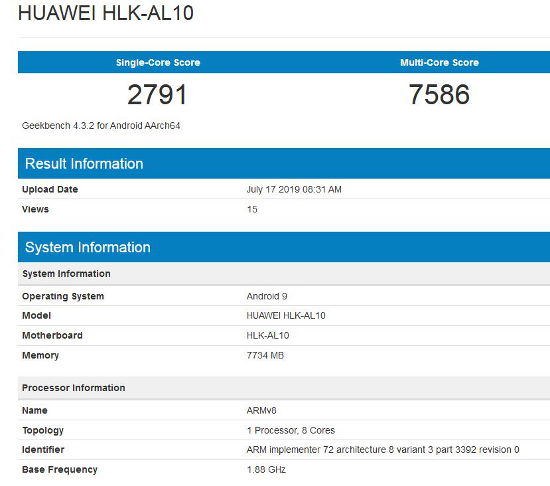