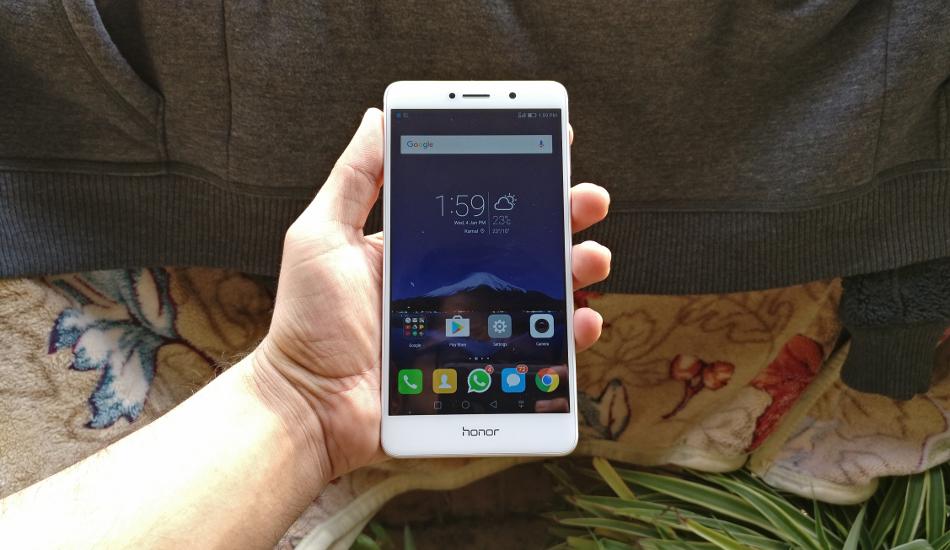 Here are the key features and differences between these two devices to make picking your choice easier.

Specifications of both the devices look competitive on paper, so let’s find out which one is worth buying at this price range.

Huawei Honor 6X comes with a beautiful aluminium unibody design with a 5.5-inch (1080×1920 pixels) full-HD IPS display with 2.5D curved glass protection. On the other hand, the Moto G4 Plus has a plastic back panel and it comes with a 5.5 inch full HD (1920×1080 pixels) display and Corning Gorilla Glass protection.

The back curves of Honor 6X around the edges makes the device easy to hold in hands, however, it is extremely slippery on occasions. While the matte finished rear panel of Moto G4 Plus has very fine texture finishing. And it looks quite good with the vertical rear camera module below which lies the iconic Motorola logo. The fingerprint scanner on the Moto G4 Plus is at the front while Honor 6X has fingerprint sensor at the back. Both the devices feature same screen size with same display resolution, the only difference being in their bodies. The 2.5D curved display in Honor 6X obviously gives you a premium feel. If one has to choose from the plastic body or aluminium body, in our view, the aluminium body scores here. 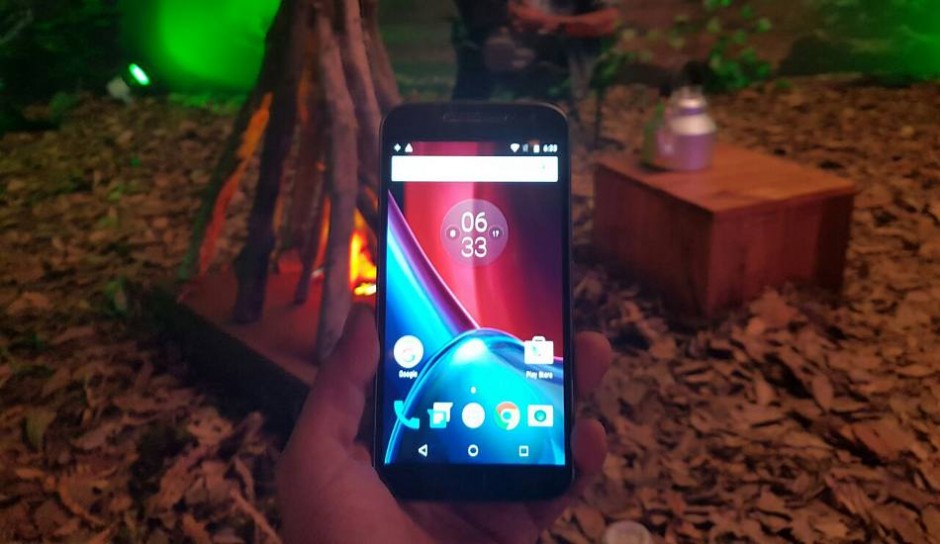 The Motorola Moto G4 Plus has the 1.5 GHz Qualcomm Snapdragon 617 octa-core processor and Adreno 405 GPU. The Moto G4 Plus also has two variants – 2 GB RAM and 16 GB internal storage and 3 GB RAM and 32 GB of internal storage. It has got an expandable storage slot that can hold a micro SD card of card to 128 GB. Note that Honor 6X has a better memory configuration whether it be an expandable storage up to 256GB or the 4GB variant than G4 Plus. Honor 6X processor is also apparently considered to be a more powerful processor than the Snapdragon 617 in terms of performance. Honor 6X runs on Android Marshmallow operating system with Huawei’s Emotion UI v4.1 on top. The G4 Plus was initially launched with Android Marshmallow but was later updated to Nougat operating system.

Honor 6X comes with a dual-camera set up at the back with one sensor being a 12-megapixel sensor and other being a 2-megapixel sensor. On the front, there is an 8-megpaixel front facing camera for selfies. The Moto G4 Plus has a 16 megapixel rear camera like phase detection auto focus, laser auto focus, f/2.0 aperture, dual LED flash lights, professional mode, Burst mode, Auto HDR, panorama, video stabilization, and slow motion video capturing ability.The Motorola handset also has a 5 megapixel front camera that has f2.2 aperture and wide angle lens. 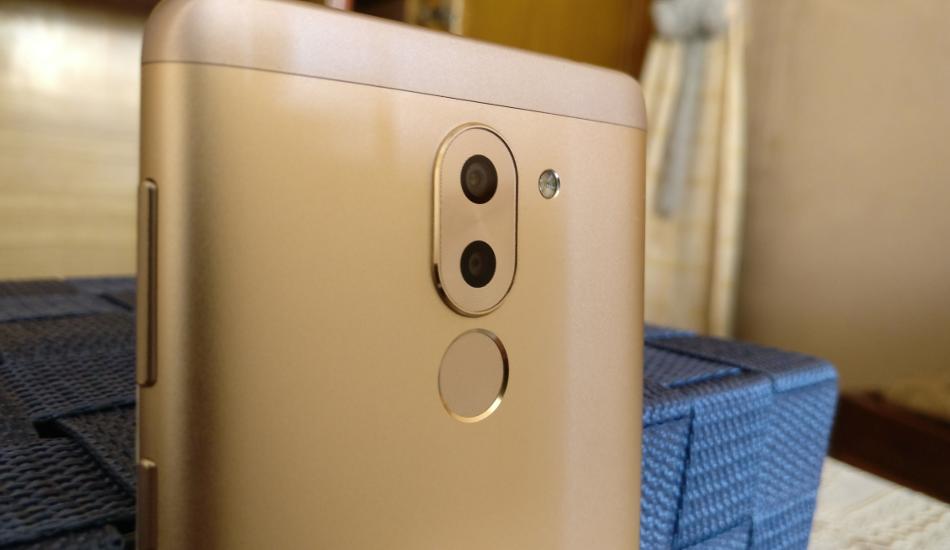 The camera is one of the USPs of the Honor 6X and its dual camera setup scores over Moto G4 Plus single camera. The secondary camera at the back of Honor 6X provides enhanced depth of field or bokeh effect. We have done the review of Honor 6X and found the camera pretty good for this price. The images have an adequate amount of detail and sharpness and images came out to be more natural. The camera also performed well in low-light conditions. Although we have not reviewed the Moto G4 Plus, but since the device has 16 megapixel rear camera, we expect it to offer good camera output.

Battery life is one of the most looked after aspect while buying a smartphone. The Honor 6X is packed with a 3340 mAh battery which gives a decent full day of usage irrespective of how heavy user might be. Whereas the Moto G4 Plus has a lesser 3000 mAh battery capacity but comes with Turbo Power charger which offers six hours of power in just 15 minutes of charging. In the battery department, Honor 6X clearly has an edge with more battery capacity over the G4 Plus. Both however come with non-removable batteries. 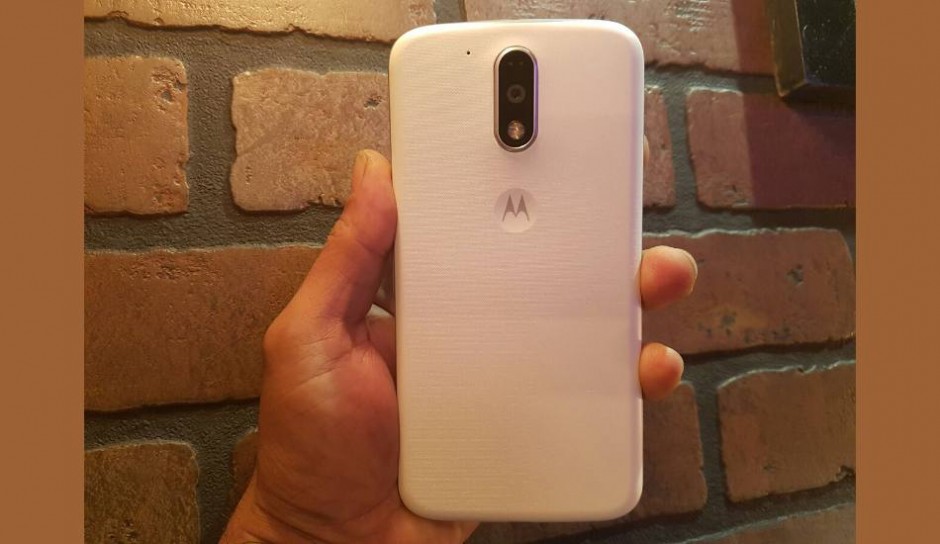 Connectivity options are almost same on both the devices with dual sim, WiFi 802.11 a/b/g/n/ac, Bluetooth 4.1, GPS, and micro-USB. So not much thinking here.

Now it’s time to decide which one is worth your hard earned money. This is quite a close contest. The two devices have a price difference of Rs 1,000 and are greatly different in terms of design but in some areas, they look quite the same.

At Rs 12,999, the Honor 6X offers much better processor, higher expandable storage, aluminium unibody, a bigger battery, Kirin 655 and of course the dual camera setup. On the other hand, Moto G4 Plus would be liked by the brand name lovers. The Moto G4 Plus has simpler UI and latest Android Nougat operating system.

So a lot depends on your personal choice and the usage you want to extract from the device. The TMI (The Mobile Indian) suggestion would be Honor 6X despite of it running on an older Marshmallow operating system. Also, G4 Plus being a bit older device now, we would advise our readers to go for the latest Honor 6X. But irrespective of your choice a great smartphone experience is quite certain.