Huawei has previously served us with some tremendous piece of hardware such as the Huawei P9 or even the Honor 8 and with the Honor 6X, the hopes from the Chinese handset manufacturer has been on the rise since its announcement.

Huawei's Honor 6X has finally landed in India at a price of Rs 12,999. The smartphone comes in silver, grey and gold colour options and will be available for purchase via Amazon India via flash sales. It comes in two variant, i.e. 3GB RAM + 32GB internal storage and 4GB RAM + 64GB internal storage variant. The device's main USP is the dual camera setup at the back and holds the tag for the cheapest dual-camera smartphone from Huawei as of now. Huawei has previously served us with some tremendous piece of hardware such as the Huawei P9 or even the Honor 8. The company has also had its try with the Google Nexus 6P, which in our opinion is still a solid smartphone. However, with the Honor 6X, the hopes from the Chinese handset manufacturer has been on the rise since its announcement. I had the device for about three weeks and here are my thoughts on the new Huawei Honor 6X. Feel free to leave your feedback in the comment section below.

Design
Premium build quality was one of the most prominent changes we saw in the budget segment last year and Huawei’s Honor 6X is no different. In terms of aesthetics, the device takes a lot of inspiration from the recently launched Huawei Mate 9 and that’s a good thing. The device comes with an aluminium unibody shell which wraps around the edges giving it a solid look and feel in hands. The back of the device is curved making it easy to hold but is extremely slippery on occasions. We highly recommend you snap on a back cover to get that extra amount of grip. At the back of the device is the most talked about the dual-camera set up along with a LED flash and fingerprint sensor accompanied with some Honor branding at the bottom. At the top, we get a 3.5 mm headphone jack and a secondary microphone while the bottom of the device house a microUSB port and two speakers grills, one of which is actually the primary microphone. On the right side of the device is where the power button and volume rockers are located, while on the left, we get the section to pull out the hybrid Dual SIM tray. The buttons have a plasticky feel to them, however, they are quite tactile. The power button doesn’t have a texture to it which sometimes made it difficult for me differentiate between the volume and power button. The fingerprint sensor at the back is also fairly quick even when the device is in standby mode. 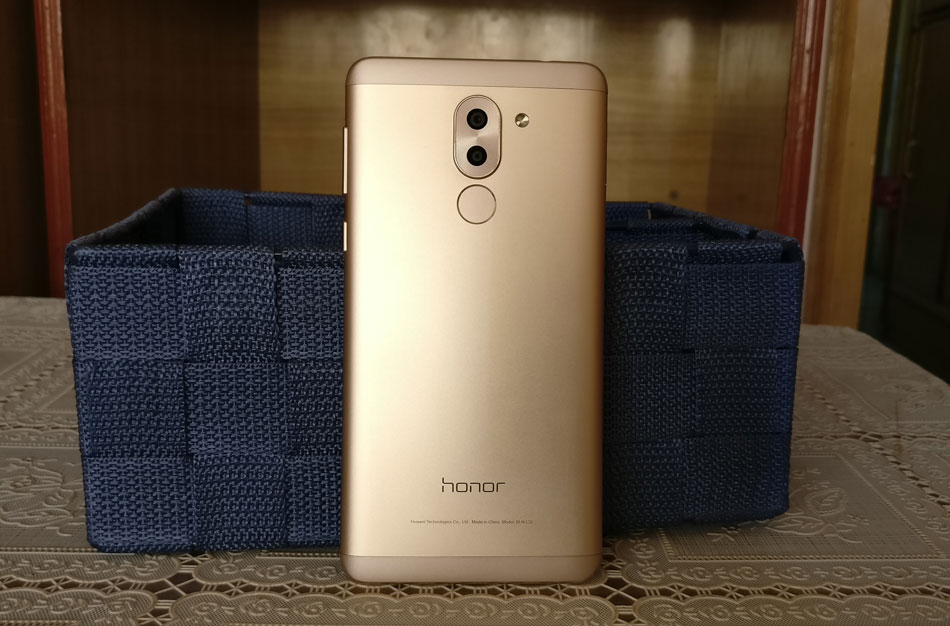 Moving on to the front, we get some more Honor branding at the bottom chin whereas the upper chin holds some sensors, the earpiece, and the secondary camera. Huawei’s Honor 6X in no way looks like a budget smartphone and big ups to the Chinese handset manufacturer for that. I would have any day liked front-facing speakers, however, that’s how it is when we dip down the budget. Also, don’t be surprised if you miss a notification every now and then as the LED notification light is too dim.

Display
A premium design is useless if it is not for a good display but that is not the case here. The Huawei Honor 6X comes with a 5.5-inch Full HD (1920 x 1080 pixel resolution) IPS LCD display which is also 2.5D curved making it up for a decent experience while using the device. The display pops out pretty accurate colours and it does get adequately bright in the sunlight. You can customise the colour temperature along with font size and overall view size as well. For reading mode or making it more pleasing to your eye in low-light conditions, Huawei has also included the famous yellow filter with the name ‘Reading Mode’. Apart from this, the display is quick to response and watching movies and other videos will be an enjoyable experience on the Honor 6X. Lastly, the auto-brightness on the device helped most of the time except in some situations where it did take some time to respond to the lighting conditions around us.

Performance
While most of the companies in the industry tend to go with either Qualcomm’s or MediaTek’s, Huawei has yet again decided to include its own home-grown Kirin chipset in the new Honor 6X. The device boasts a Kirin 655 Octa-Core (4 cores at 2.1GHz + 4 cores at 1.7GHz) chipset with Mali-T830MP2 GPU paired with 3GB RAM + 32GB internal storage or 4GB RAM + 64GB internal storage. The storage is expandable up to 256GB in both cases via micro SD card. The device runs on Android 6.0 Marshmallow with Huawei's Emotion UI v4.1 on top. 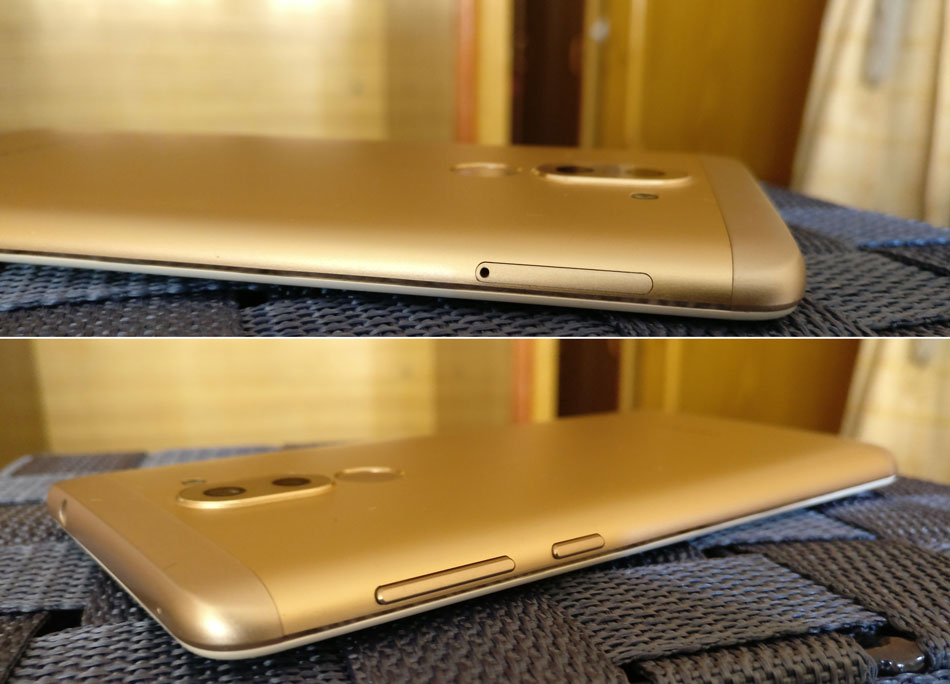 We had the 4GB RAM + 64GB internal storage variant so our testing might differ with your experience. As for the performance, performing day-to-day tasks on this device is a breeze. It does a good job of holding apps in the memory and doesn’t show up any major lags or slowdowns what so ever. Contrary to this, I did experience few minor lags in one or two instances but that was only when the smartphone was in battery saving mode with me throwing up some aggressive multi-tasking. Gaming performance was on par with no issues at all. I ran Asphalt 8, Modern Combat 5, Nova 3, Dead Trigger 2 and Mini-Militia and experienced no lags or frame drops. However, just be sure to play these high intensive games with the power saving mode switched off which would otherwise make all of the above-stated games choppy and extremely laggy. On top of this, there were no major heating going on after about 20 minutes of continuous gaming.

User Interface
As mentioned before, the Honor 6X comes with Android 6.0 Marshmallow with EMUI v4.1 on top. Well, overall the UI is pretty smooth and navigating through the interface is no hardship. EMUI resembles a lot to iOS with all the apps stacked on the home screen. Further, a quick swipe down from anywhere on the home screen will bring the quick search menu similar to what we see on iOS. Don’t get me wrong, there is Android all across the interface apart from this. Nonetheless, I wished the quick settings toggles was just a single swipe away as currently, it sits on the right of the notification shade requiring two swipes in most cases. 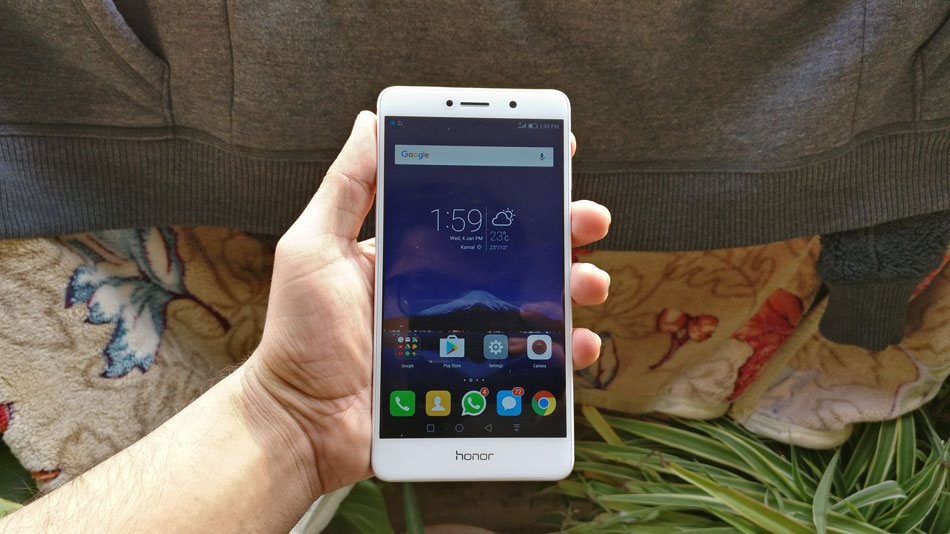 Jumping inside the settings, we get a bunch of customising options. One of my most favourite features is the ability to bring down the notification panel with a swipe down on the fingerprint scanner. Yes, the feature which Google just introduced with its Pixel devices is here on the EMUI v4.1. Not only this, you can also click a picture, answer call, stop alarm and even browse photos by swiping left and right on the fingerprint scanner. The buttons of the on-screen navigation bar are customizable and you also get one-hand UI option. Other than this, we also get features like scheduled power off and on, floating dock, smart headset control etc. If this is not enough, you can even play around with the look of the UI with a tonne of themes available online via Themes app. The device also comes with an option of a more simplified home screen for easy navigation for aged or people who have difficulty using the regular home screen style. The smartphone does come with some pre-loaded apps but the good part is most of them are removable. Apart from that, we get the Health app which continuously counts the number of steps you have walked through a day. There is also HiCare to provide you easy access to customer care and service centre.

Camera
Camera is probably where most of the decisions fall through, however, Honor 6X ticks this box impressively. To put it in numbers, Honor 6X comes with a dual-camera set up at the back with one sensor being a 12-megapixel sensor and other being a 2-megapixel sensor. On the front, there is an 8-megpaixel front facing camera. The secondary camera at the back of the device is to provide enhanced depth of field or bokeh effect. However, you have to be very careful at times to get that perfect shot. If done right, the shot comes out to be really natural and the software also allows you to select the focal point after you have clicked the image. 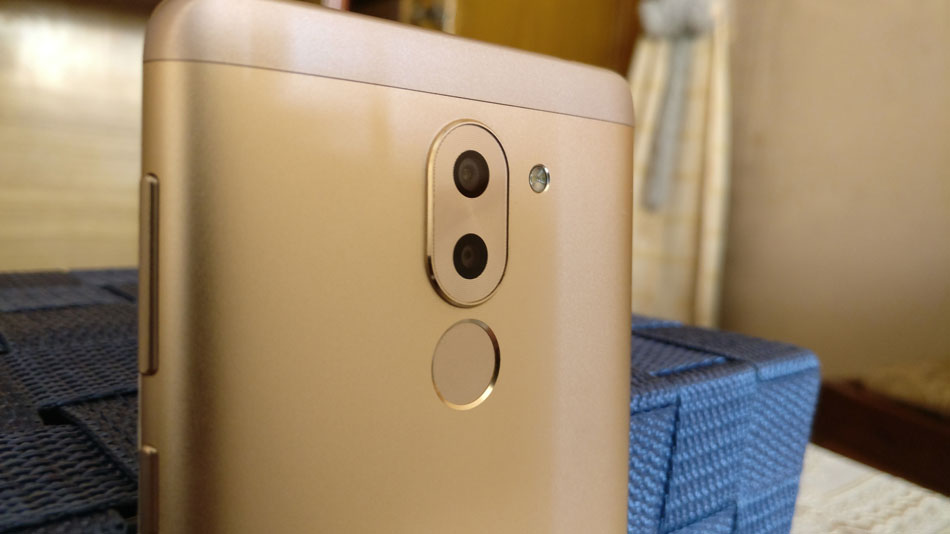 Coming to the performance, the camera on the Honor 6X is pretty good for the price. The images has an adequate amount of detail and sharpness and images come out to be more natural than most of the cameras in this price range. Colours are not vibrant and they don’t pop out but are accurate which most of the cameras fail to do. The camera continues the same performance in low-light as well. We were really impressed how the device handled both light and sharpness in extremely low-light conditions. The images have less noise compared to similarly priced smartphones and also manages to bring out accurate colours here as well. The front 8-megapixel camera does a decent job as well. Though not that impressive in low-light, but the camera manages to dig out pretty good selfies in daylight.

Battery, Connectivity and Audio
Battery life is one of the most looked after aspect while buying a smartphone. While high-performance is equally important, most of the times, it is the overall battery life which can really influence a consumer’s decision. On paper Huawei’s Honor 6X sport a 3340 mAh non-removable battery. Based on my testing, one can easily stretch through a day irrespective of how heavy user he/she might be. The SOT (Screen On Time) during my testing ranged between 5.5 hours 6 hours which is pretty impressive. Starting the day at 7:30 AM, I was usually left with about 30 percent of juice at the end of the day. If you are lighter on battery, then this smartphone can even take you through an almost half of the second day as well. 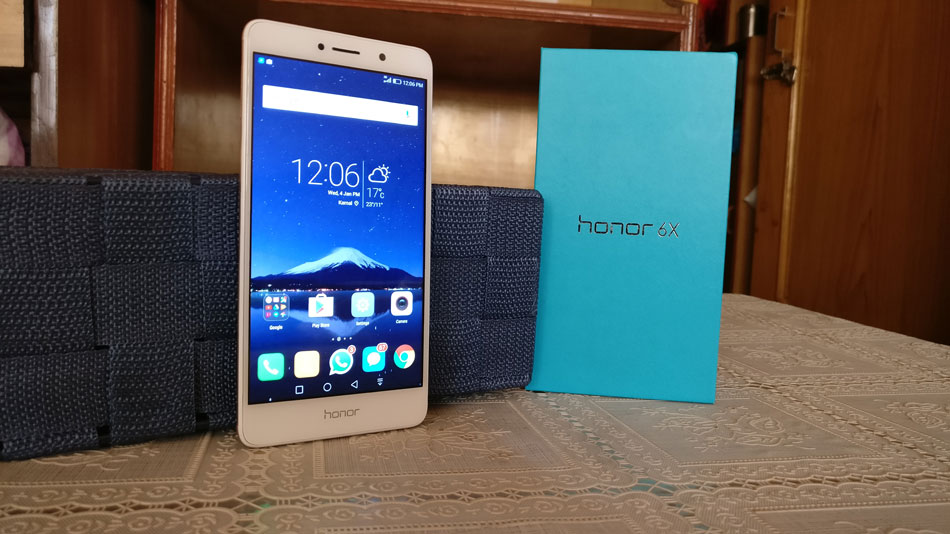 Connectivity options on this device are usual with Wi-Fi 802.11 b/g/n, Bluetooth v4.1, GPS with A-GPS. The device does come with Dual SIM functionality and battery life is likely to suffer with two SIMs active at a time. Call quality on the Honor 6X was good as well. The output from the earpiece was clear enough and the voice going in through the primary microphone was decent as well.

Audio performance on this device is somewhat average. Out of the two speaker grills at the bottom, only the right one acts as a speaker which does get loud, no doubt, but the quality is a B minus in my opinion. While the display adds on to the media consumption experience, the audio from a single bottom firing speaker does let down in most of the cases. Output through the headphones was decent.

Huawei’s Honor 6X is one of the best bets you can get at this price. The dual-camera set up at the back helps the phone stand out against others whereas the performance is not an issue as well. While the phone hits most of the pillars of a good budget smartphone, we still feel that there is room for improvement in aspects like UI and Audio output. Fortunately, the device will get a UI upgrade with Android Nougat soon and we can’t complain much for the audio at this price. As the final verdict, if you want a complete smartphone for a low price, Honor 6X can just be the right device for you right now.