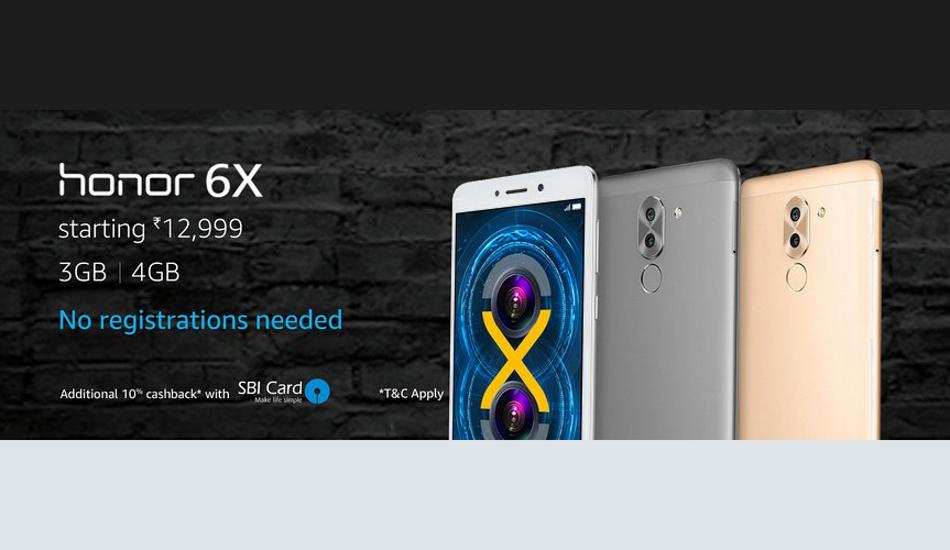 Earlier the smartphone was made available for purchase through Flash sales only.

The main highlight of the device is the dual-camera setup at the back. The device features a combination of a 12-megapixel sensor and a 2-megapixel sensor. The set up comes with phase detection autofocus (PDAF), LED flash etc. At the front, there is an 8-megapxel sensor for selfies. The camera lets you dig into and play with shallow depth of field and one can change the focus of an image post clicking it.

At CES 2017, Huawei also confirmed that Honor 6X will soon get Android Nougat update, probably in Q2 2017. The update will also bring in the new EMUI 5.0 which is big overhaul from the current EMUI 4.1.