Honor 30 Lite to be announced on July 2 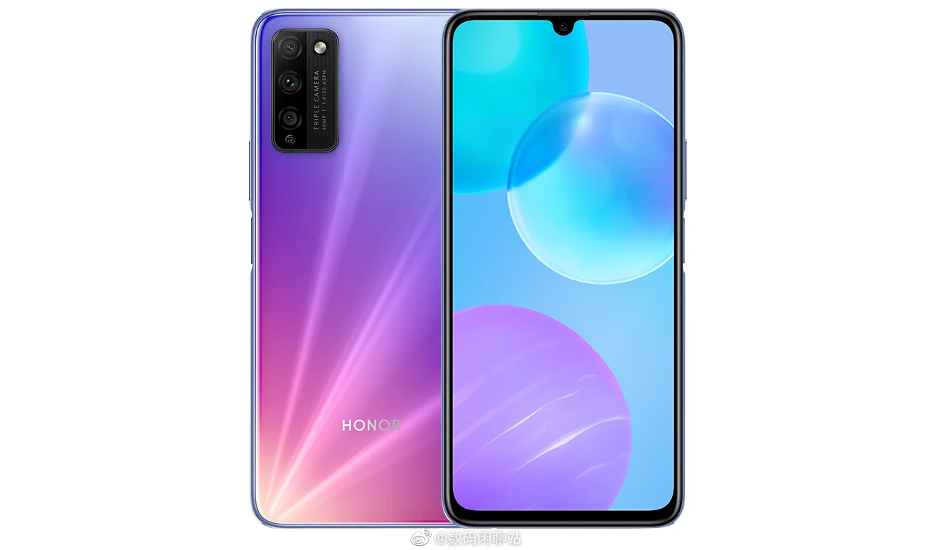 Honor has announced that it will be announcing the Honor 30 Lite (Youth Edition) on July 2. This is the same day when Honor will launch its new smartphone in the X-series with Honor X10 Max as well.

The official Honor Weibo account has announced the launch date of Honor 30 Lite 5G smartphone. The phone is likely to be priced around 1,600 Yuan. 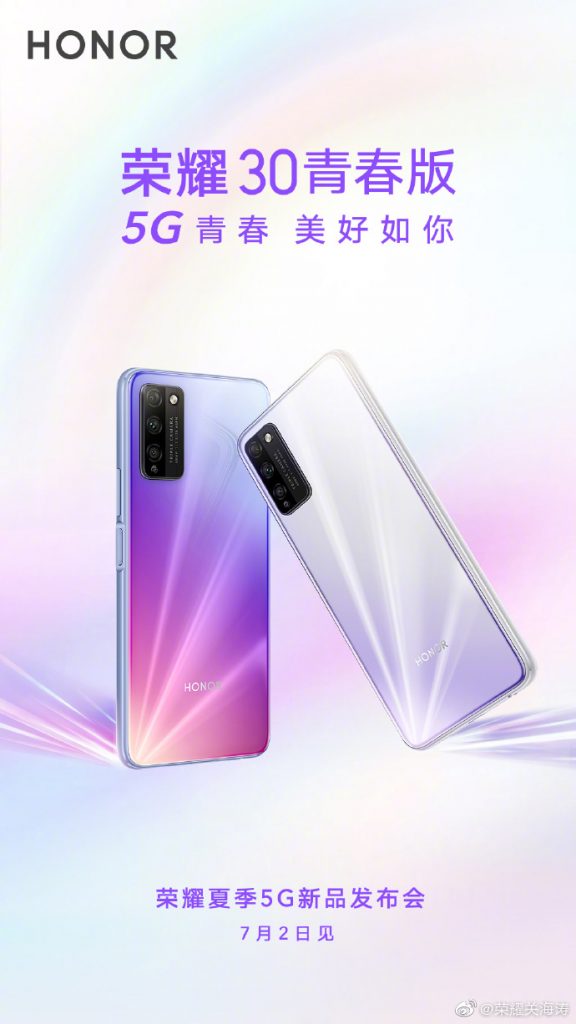 As per earlier leaked specs, Honor 30 Lite 5G will feature a 6.5-inch Full HD+ display with 90Hz refresh rate, 90.2 percent screen to body ratio and 1080 x 2400 pixels resolution. The phone is said to be powered by MT6873 which is Dimensity 800 SoC which will be paired with up to 8GB RAM and 256GB onboard storage which could be further expanded via micro sd card slot.

Honor 30 Lite 5G will have a triple camera setup that includes a 48-megapixel main lens, an 8-megapixel secondary shooter, and 2-megapixel. It will have a 16-megapixel front camera. It will feature a side-facing fingerprint reader.

The leak further tells that the phone will have a triple camera setup that includes a 48-megapixel main lens, an 8-megapixel secondary shooter, and 2-megapixel. It will have a 16-megapixel front camera. Meanwhile, some renders of the Honor 30 Lite 5G have also surfaced online which reveal the colour variants of the smartphone. It will come in three gradient colours. As per the renders, the phone has a waterdrop notch display. At the back, there will be a triple camera setup with an LED flash.