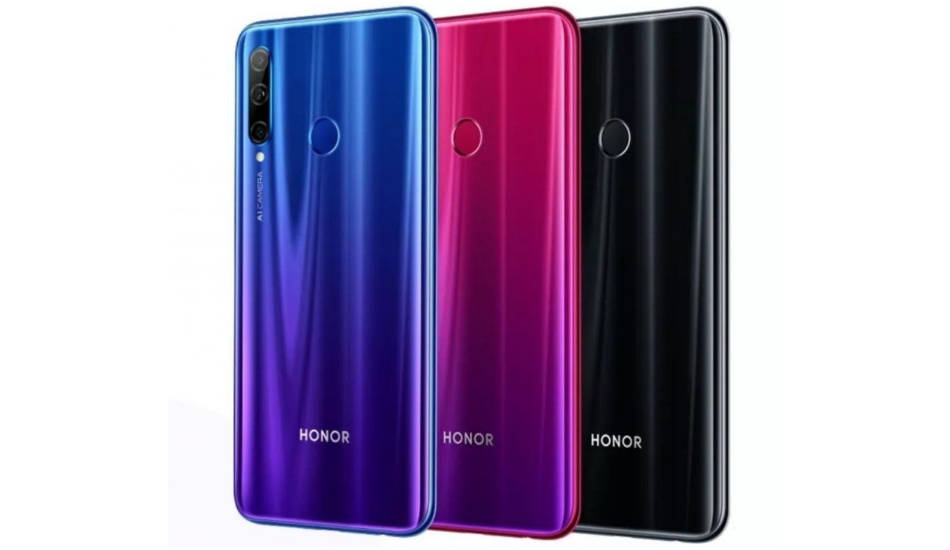 Honor 20i will run Android Pie out of the box, likely used as a base for EMUI 9.0.

Honor is all set to launch the Honor 20i smartphone and Honor Magicbook 2019 at an event in China on April 17. Now ahead of the launch, the smartphone with model number HRY-AL00Ta has been spotted on GeekBench benchmarking website.

As per the GeekBench listing, the Honor 20i will be powered by HiSilicon Kirin 710 octa-core processor. In addition to the chipset, the Geekbench listing also confirms that the phone will have 4GB of RAM. 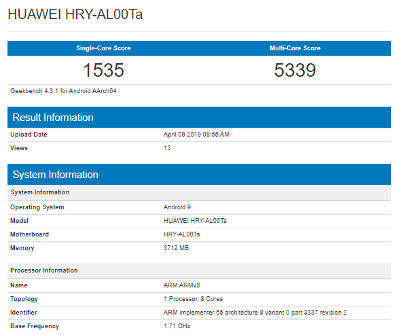 For the software, the Honor 20i will run Android Pie out of the box, likely used as a base for EMUI 9.0. In the GeekBench listing, the phone has scored 1,535 points in the single-core and 5,339 points in the multi-core test.

As per leaks, the smartphone will feature a 6.21-inch full HD+ display with a resolution of 1080 x 2340 pixels. The smartphone is expected to come in two variants – 4GB with 64Gb internal storage and 6GB RAM with 128 GB storage. It will be featuring a microSD card slot for more storage.

The Honor 20i will have triple camera setup with a combination of 24-megapixel + 8-megapixel + 2-megapixel. It will have a 3,400mAh battery and will run on Android 9 Pie operating system out-of-the-box which will be based on EMUI 9.0.

Meanwhile, Honor 20i is now also listed on Vmall online store for reservations. Vmall will begin the pre-orders of the phone from April 15. The Vmall listing contains the images of the three color variants of the smartphone -Blue-Purple gradient, Red-Purple gradient and Black.