Honor 20i, 20 Pro, 20 Lite specifications, renders leaked ahead of launch

The Honor 20i and Honor MagicBook 2019 has now been teased in China by the company officially on Weibo for a launch on April 17 in Beijing. The Honor 20i, Honor 20 Lite and Honor 20 Pro will all launch with 32MP selfie cameras on the front housed inside waterdrop notches. The Honor 20i and 20 Lite will be powered by the Kirin 710 chipset.

While the company hosts its Gala Festival in India, Honor has been planning to launch its Honor 20 series of smartphones this month which includes the likes of the Honor 20, Honor 20i, Honor 20 Lite and Honor 20 Pro. While all the smartphones will be launched on different days, we’re now looking at major specs and render leak which reveals almost everything there is to know about the upcoming smartphones. 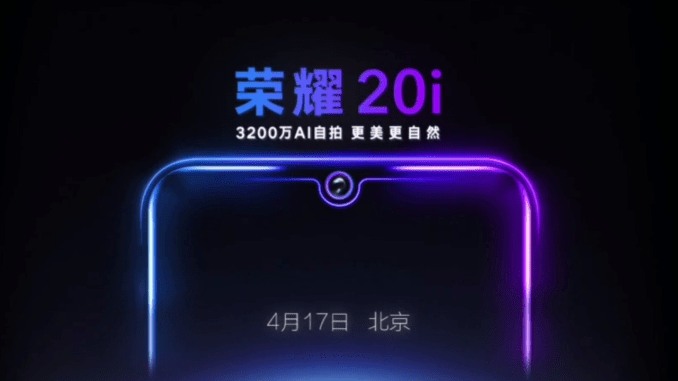 First up, the Honor 20i has now been teased in China by the company officially on Weibo for a launch on April 17 in Beijing. The Honor 20i, like the Honor 10i, will be launched with a 32MP selfie camera. There’s speculation that the Honor 20i will be similar on the inside to the Honor 10i which was launched in Russia last month. If it remains to be same as the 10i, the Honor 20i will come with a 6.21-inch FHD+ display with a waterdrop notch and will be powered by the Kirin 710 chipset on the inside. It could also take inspiration from the 10i and be made in Gradient Blue and Gradient Red colours. 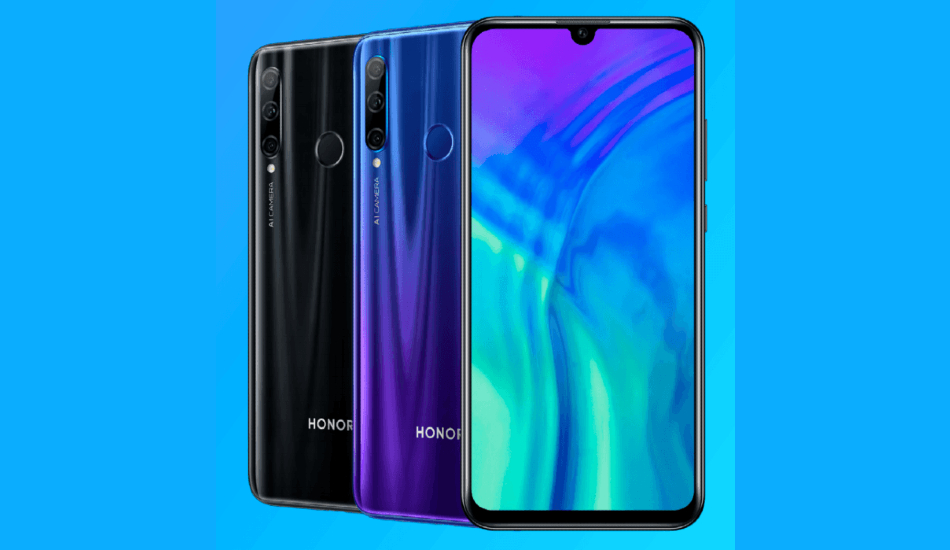 The Honor 20 Lite has also leaked online with the same Kirin 710 processor with 4GB of RAM and 128GB of storage. However, there’s one major thing that differentiates this from the Honor 20i and that’s the triple camera setup at the back. The 20 Lite will come with a combination of 24MP f/1.8 sensor, an ultra-wide 8MP camera with a 120-degree viewing angle and a 2MP depth sensor. It’ll also equip the same 32MP selfie sensor on the front with a teardrop notch and a 3400mAh battery.

While we already discussed the specifications that will be packed inside the Honor 20, Honor is also developing a higher-end Honor 20 Pro smartphone which will be powered by an Octa-core Kirin 980 processor with two Cortex-A76 cores @ 2.60GHz, two Cortex-A76 @ 1.92GHz and four Cortex-A55 @ 1.80 GHz. The device will be paired with a Mali G76 GPU, dual NPU, up to 8GB of RAM and up to 256GB of storage.

As for the optics, the Honor 20 Pro will equip a triple camera setup featuring a 48MP primary sensor, 20MP wide-angle camera, and an 8MP telephoto lens. It’ll be the first phone to utilise a Sony IMX600 image sensor as its main camera. Besides that, the 20 Pro will use the same 32MP selfie camera on the front. It’ll also feature a 6.1-inch FHD+ OLED display with a waterdrop notch on the front and a 3,650mAh with 22.5W SuperCharge adapter.

The Huawei sub-brand will also be launching theHonor MagicBook 2019 on April 17.