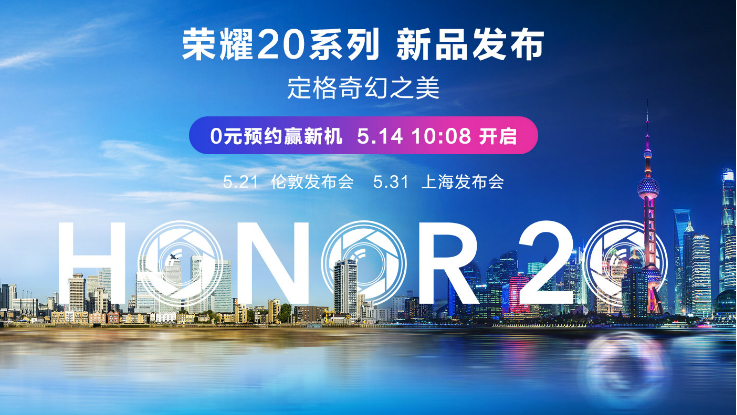 Honor is all set to launch its new series of smartphones in China on May 31 and globally on May 21. The company is reported to launch Honor 20 and Honor 20 Pro in the country. Now, just ahead of launch, the Honor 20 has been found listed on Geekbench revealing some key information. Furthermore, the company has started taking pre-orders of the upcoming series.

Starting with the Geekbench listing, the phone has been listed with model number HUAWEI YAL-L21. The listing reveals that the smartphone will be powered by an octa-core processor, which could be none other than Kirin 980 chipset. The listing further reveals that the phone will be backed by a 6GB of RAM. The phone runs on Android 9.0 Pie, which is based on EMUI 9.0. The device has received 3241 points in single-core and 9706 points in multi-core test. 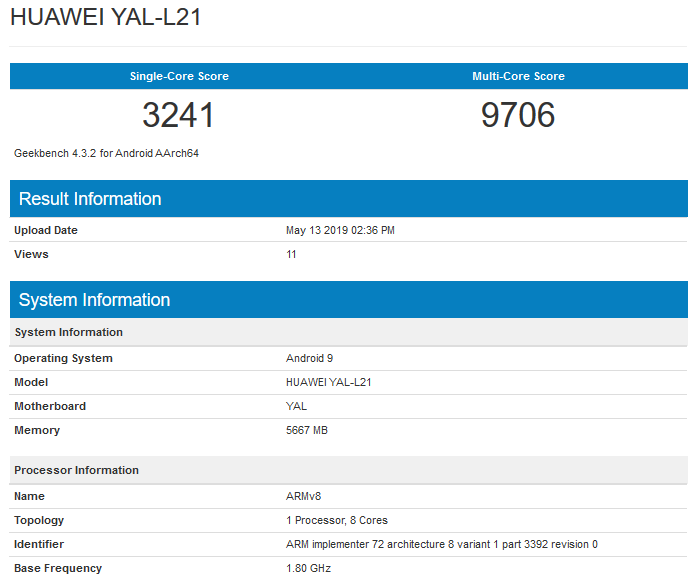 Meanwhile, Honor has started taking reservations of the Honor 20 starting from today i.e. May 14. The reservation will begin at 10:08 AM in the country and it will continue to go on until May 31. This also indicates that smartphones will be made available for purchase on the launch day.

Honor has already teased that the upcoming smartphones will be equipped with a quad-camera setup, which could be somewhat similar to what we have seen in Huawei P30 series. The teaser also reveals that the quad cameras will come with a combination of a standard lens, an ultra wide-angle lens, a telephoto lens and macro lens.