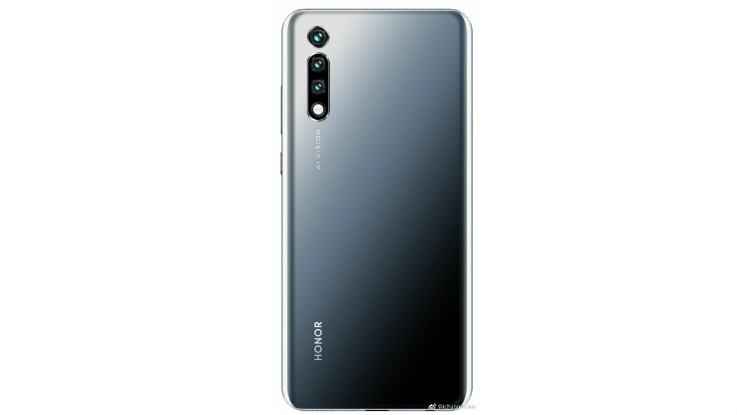 The smartphone will come loaded with a 6.1-inch Full HD+ OLED display, with a screen resolution of 2340 x 1080 pixels.

Honor is reportedly gearing up to launch a new flagship device in upcoming days. Dubbed as Honor 20, the phone’s render, prices and key specifications have been leaked online, leaving little to the imagination.

The render and specifications were spotted on Chinese social media site, Weibo. Starting with the price, the base model of a 6GB+128GB option will be priced at 2999 yuan, while the 8GB+128GB variant comes with a price of 3399 yuan. Lastly, the 8GB + 256GB memory option is priced at 3799 yuan.

Talking about the render, it shows the back panel of the smartphone in a gradient finish. The finish comes with a combination of black and grey. The render also reveals a triple-camera setup at the back panel and with AI Vision branding, meaning that the phone will come loaded with AI capabilities, just like we have seen in recent Huawei and Honor smartphones.

Talking about the specifications, the leak reveals that the smartphone’s triple-camera setup will come with a 48-megapixel primary lens along with 20-megapixel secondary shooter and an 8-megapixel lens. The leak also reveals DxO Mark score of 108 and if it is true, then it will be placed above Xiaomi Mi 9 107 score and will be placed beneath Huawei’s flagship Mate 20 Pro. For the front, there will be a 32-megapixel selfie shooter.

The smartphone will come loaded with a 6.1-inch Full HD+ OLED display, with a screen resolution of 2340 x 1080 pixels. The device will be powered by a HiSilicon Kirin 980 chipset and it will feature Gaming+, Link Turbo, CPU & GPU Turbo modes. The phone will be available in 6GB RAM + 128GB storage option, 8GB RAM + 128GB variant and 8GB RAM + 256GB option. The smartphone will feature a 3650mAh battery and the company will bundle a 22.5W fast charging solution. The phone could run on Android 9.0 Pie, which will be based on EMUI 9.0.