The Honour 10 GT will be powered by the same Kirin 970 processor but will equip a larger 8GB memory that would offer faster app-switching and multitasking. Aside from the expanded RAM, the rest of the innards of the GT variant is the same as the Honor 10 including the 24MP + 16MP dual camera unit and 128GB storage.

Huawei unveiled the Honor 10 with 6GB of RAM back in May which was lined up alongside many high-end devices and now the Chinese manufacturer has upped the internals of the device with necessary upgrades to improve its overall performance. Huawei has today announced the Honor 10 GT in China which will be available for purchase later this month.

The Honour 10 GT will be powered by the same Kirin 970 processor but will equip a larger 8GB memory that would offer faster app-switching and multitasking. Aside from the expanded RAM, the rest of the innards of the GT variant is the same as the Honor 10. There’s 128GB of internal storage with 24-megapixel + 16-megapixel dual camera unit, aligned horizontally at the back.

The Honor 10 features a familiar 5.84-inch FHD+ IPS LCD screen with an aspect ratio of 19:9 and a resolution of 2280 x 1080 pixels. However, graphics on the phone seems to have been enhanced with the help of the GPU Turbo technology that was introduced with the launch of Honor Play last month. The game-changing technology will work on software-hardware optimisations that will further improve the overall graphics processing power of the phone by 60 percent. 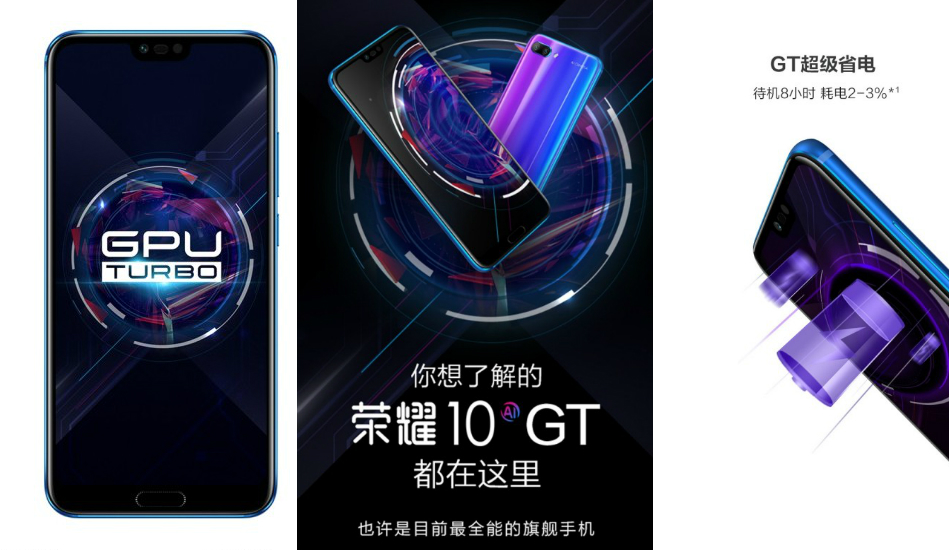 Not just a boost in performance, GPU Turbo will also try to minimise the power consumption simultaneously with over 30 percent of power estimated to have been saved when on the test phase. Huawei claims that the single-thread performance of a device powered by GPU Turbo might even outdo a multi-threaded output of a flagship.

The Honor 10 GT also gets a new power saving feature which ensures that the device doesn’t lose more than 3 percent of its charge when on standby for as much as 8 hours. There’s a new Super Night Scene mode which lets users capture low-light or night-light shots with the help of a tripod and Huawei’s own AI SmartAnti-Shake technology that will prevent photos from being washed out due to natural vibrations. 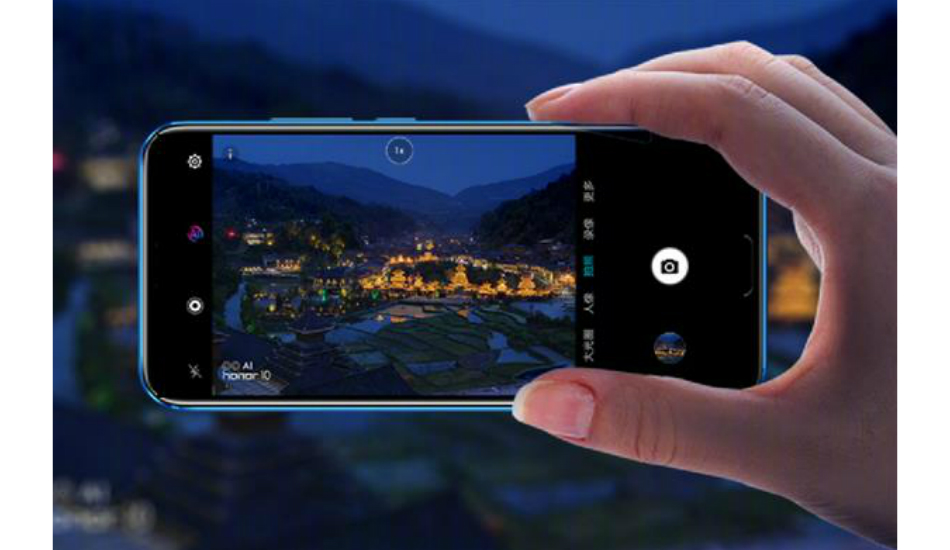 With sales starting as soon as July 24 in China, the Honor 10 GT is expected to be priced a little higher than the original 6GB Honor 10 variant with no official pricing announced as of yet.

Here is the schedule for Huawei devices getting GPU Turbo technology