HMD Global sends out invites for October 19 launch, Is Nokia 7 on the cards?

HMD Global might launch the upgraded Nokia 8 model with 6GB of RAM and 128GB of storage in China or a completely new smartphone. 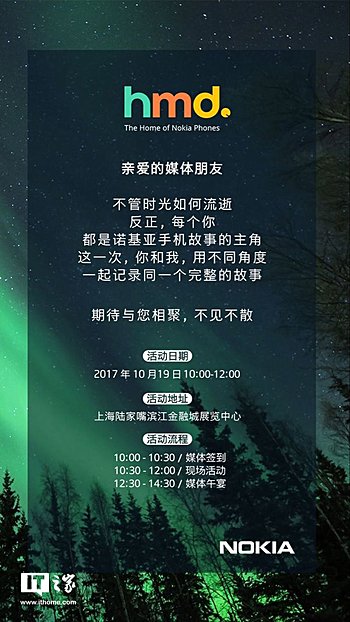 The official TMALL Nokia store currently features an animated GIF that teases a phone with the Bothie feature that’s available on the Nokia 8, as well as some OZO Audio features. However, some reports also say that the company will be unveiling the completely new Nokia 7 smartphone. The gif on their TMALL page says ‘qi’ which in Chinese which refers to the number seven with the text saying new Nokia phone is coming this week.