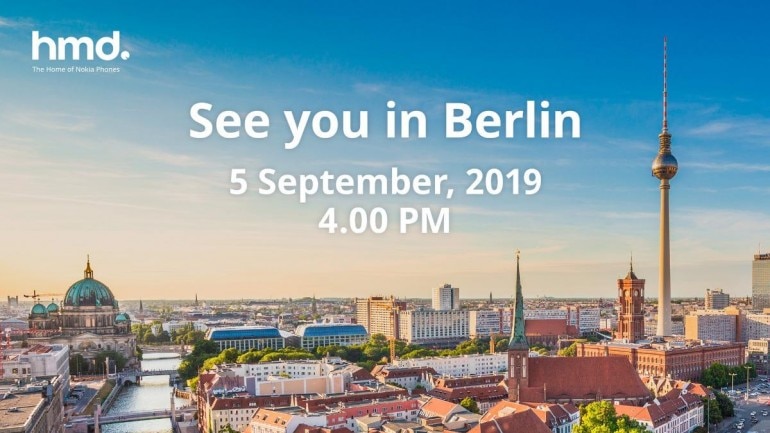 IFA 2019 is scheduled to be held between September 6 to September 11 this time.

The invite, however, does not reveal the name of smartphones to be unveiled at the event. It only mentions the date for the IFA 2019 event which will be held at 4:00 PM local time. It is expected that the company will be unveiling the much in leaks Nokia 6.2 and Nokia 7.2 Android One smartphones codenamed Daredevil and Star-Lord, respectively, at the event.

Notably, this is the company’s first IFA presence this year. IFA 2019 is scheduled to be held between September 6 to September 11 this time. Along with Nokia 6.2 and 7.2, the company is also expected to announce one or two feature phones too.

Meanwhile, Nokia 7.2 has also been spotted on GeekBench benchmarking website. The listing via MySmartPrice has revealed that the phone will be powered with 1.84GHz Qualcomm octa-core processor coupled with 6GB RAM. The listing further revealed that Nokia 7.2 will run Android Pie operating system out-of-the-box. The single-core and multi-core scores are1604, and5821 respectively. 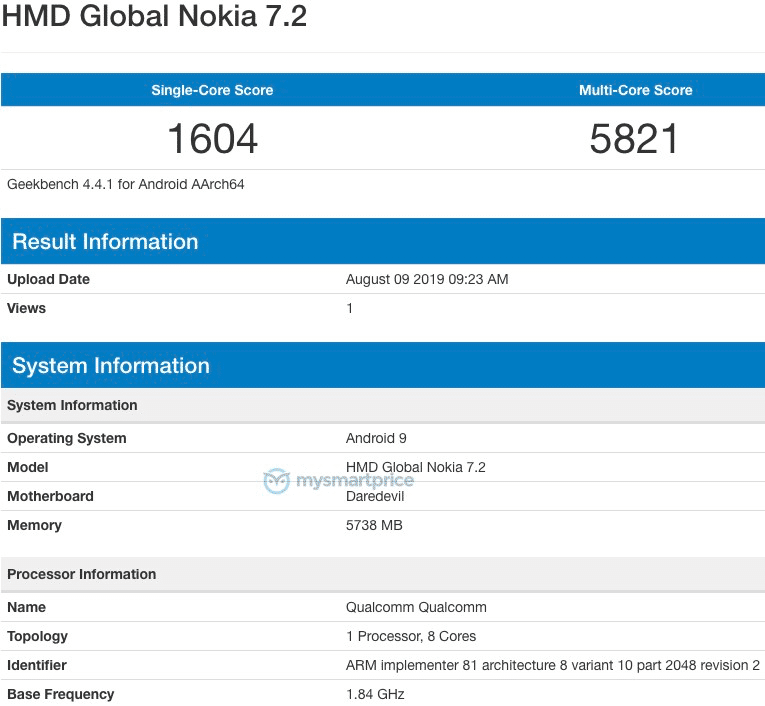 As per earlier leaks, the Nokia 6.2 will come with a 6-inch full-HD+ AMOLED display with a resolution of 1,080 x 2,280 pixels and a hole-punch. The phone will feature a triple rear camera setup of a 20MP main + 8MP + 5MP cameras with Carl Zeiss optics, while the front of the phone will have a 13-megapixel selfie camera.

The phone will run on Android One-based Android Pie and will be backed up by a 3,300mAh battery and a USB-C port. It is expected to be powered by a Snapdragon 660 SoC with 6GB of RAM and 64GB of internal storage.

The Nokia 7.2 will be reportedly backed by a 3,500mAh battery with Qualcomm Quick Charge support. It will equip a triple rear camera setup inside a circular module consisting of a 48MP Zeiss Optics primary lens, a 120-degree wide-angle lens and an unknown third sensor with an LED flash unit.