The 7 inch tablet is based on Android 4.0 and is a surprise package in terms of speed and quality.

To capitalise on the growing demand for affordable tablets, WickedLeak, an India based start-up company, has come out with an Android Ice Cream Sandwich (ICS) based tablet for just Rs 5,249. 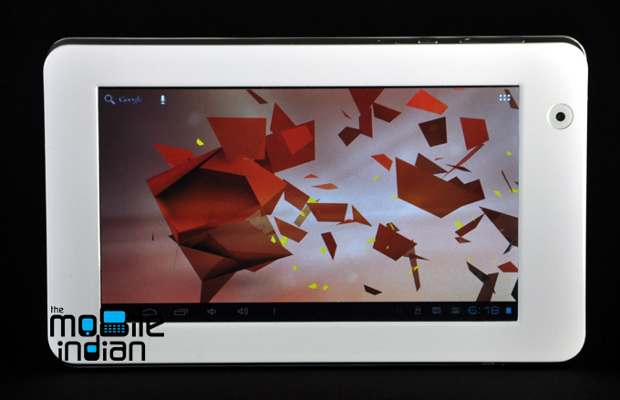 Named as Wammy7, the tablet comes with a 7-inch screen and is available from WickedLeak’s website. It features 5 point capacitive touch screen with 1.2 GHz ARM Cortex A10 processor and 512 MB DDR3 RAM. It has an HDMI port, micro SD slot, 3.5 mm audio output, and a USB 2.0 port for 3G dongle. Wammy is capable of streaming 1080p full HD videos and has dedicated 400 MHz GPU for advanced flash apps, interactive apps and full HD videos.

While the specification are attractive but there are other tablets in the market with such specification, but what makes this tablet special is the fact that it seems to have good performance and an equally good price too.

The tablet comes in pure milky white colour with aluminum finished sides. When hold in portrait mode, you can see the buttons clearly as the sides are slanted towards the front which aides in easy navigation using the physical buttons.

All the ports – which include a full USB port, a mini USB port, charging port, a 3.5 mm jack, an HDMI port, and a micro SD card slot – are placed on right hand side of the tablet when hold in landscape mode which is a good thing as well as a bad thing. It’s good when you have to plug in few connectors but becomes cluttered when you have to use many connectors at the same time. 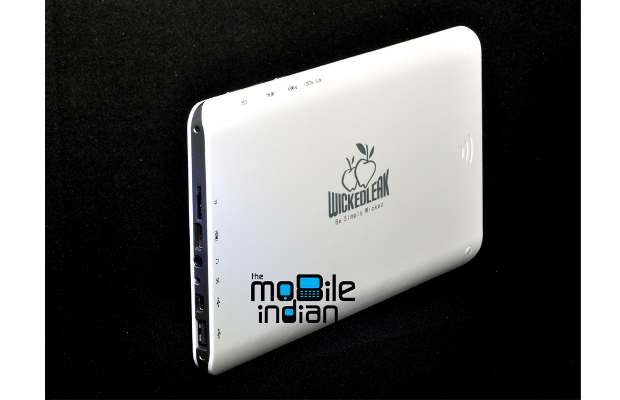 The tablet doesn’t have a rear facing camera, but comes with a front facing VGA camera placed on the right side top on the front panel.

The power and the volume rockers are at the top right corner and are visible even from the front.

The WickedLeak Wammy comes with a 7 inch capacitive screen which is quite bright and supports five point touch, and you even get the option to check how well the touch is working through a inbuilt app called ‘Multitouch’. We used the app and the screen did respond to all five finger touch really well. 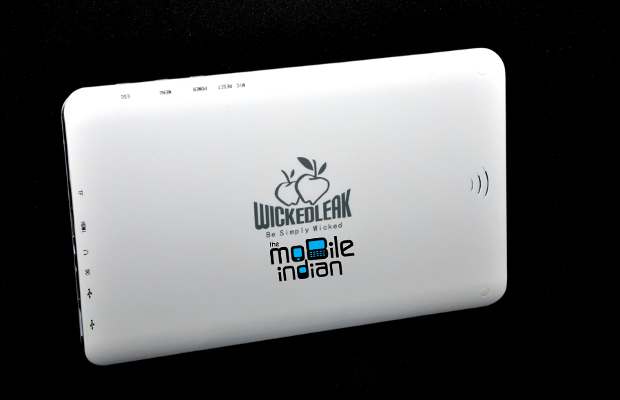 The screen comes with 800×480 resolution which is decent for a tablet in this price range (of less than Rs 6,000). The pixels are visible but are very fine so it doesn’t hamper the display quality much; images came out really well and so do videos. The colour and sharpness are also well displayed.

The tablet comes with an AW A10 Cortex A8 (1.2GHz) along with Mali400 3D Accelerator graphics processor and 512 MB RAM. What is good is that you can overclock the processor through an inbuilt app called CPU Master. The app not just allows you to maximise the performance but also to control the speed to improve battery life. There is also an option to let the system overclock the processor based on the demand put by the apps that you are using, thereby improving the performance while saving some battery juice. 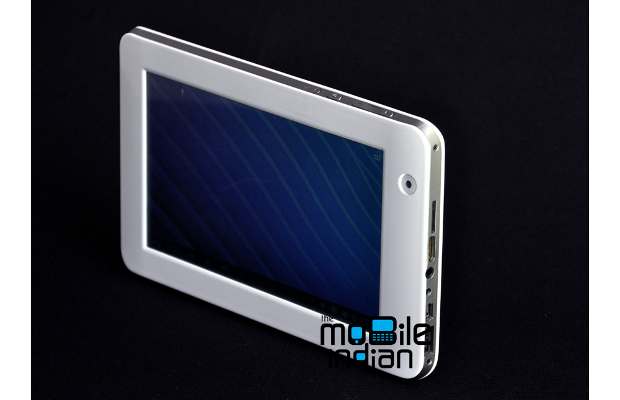 Overall, the performance of the tablet is quite satisfactory, though there were times when one or two apps did crash, and sometimes the tablet also slowed down. However, most of the times it worked well without any framing or slowing down while playing games like Temple Run, Fruit Ninja, or Angry Birds.

Given that it is a low cost tablet, the performance can be rated as very good.

The WickedLeak Wammy tablet comes with Android 4.0 which is more or less a stock version. And thanks to a decent processor the whole experience is very fluid. 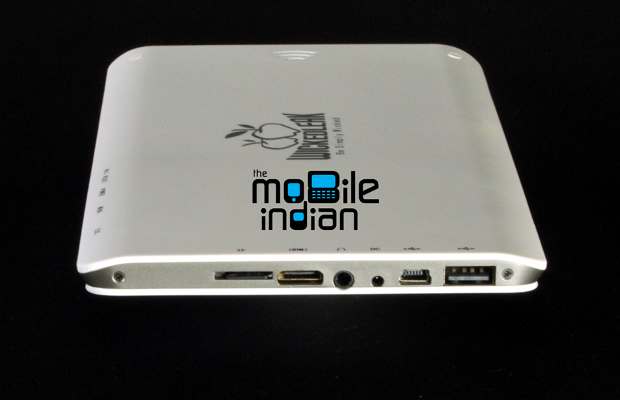 There is only a front camera on this tablet with VGA resolution. For video chat the camera is barely good enough, but clicking the photographs produces dull image but then again it is just a VGA camera.

The tablet comes with full HDMI port which is capable of supporting dual screen display (tablet and TV) and 3D effects. It supports videos up to 1080p as well. 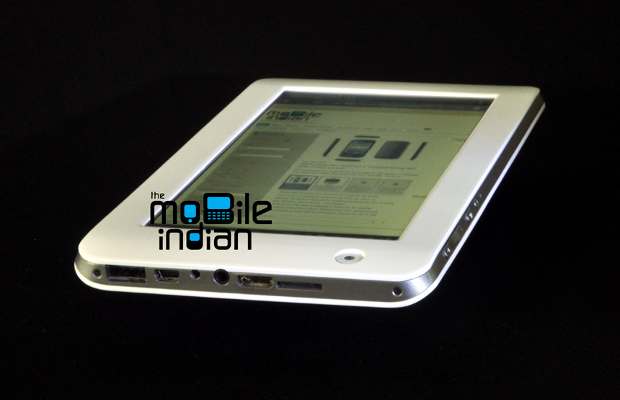 There is also a full USB port that supports USB dongles as well as storage. In terms of storage, the tablet comes with built in 4 GB storage and an expandable memory of up to 32 GB through the micro SD slot.

Though it has WiFi (b/g/n), it does not have Bluetooth.

We have not tested the battery yet, but according to the company, its 3000 mAH battery supports up to 4 hours of work with WiFi on, which looks good. 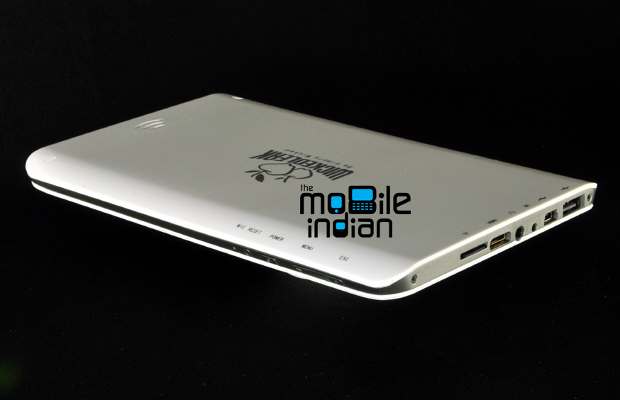 The tablet looks good with the amount of time we have spent with it. However, we would like to use it for some more time before we give our verdict.

Meanwhile, we will only say that we are impressed with what we have seen so far in this tablet.