HTC has launched the costliest Android phone in the country, and here is our first impression of the phone.

HTC has brought many super smartphones with high end technologies to the market. For example, it was the first handset maker to bring the Beats Audio technology with its smartphones. This time around it has launched a phone which is loaded with best of features that the industry currently offers. The phone, named as HTC Butterfly, though is priced at Rs 45,990, making it the costliest Android smartphone of the Indian market. 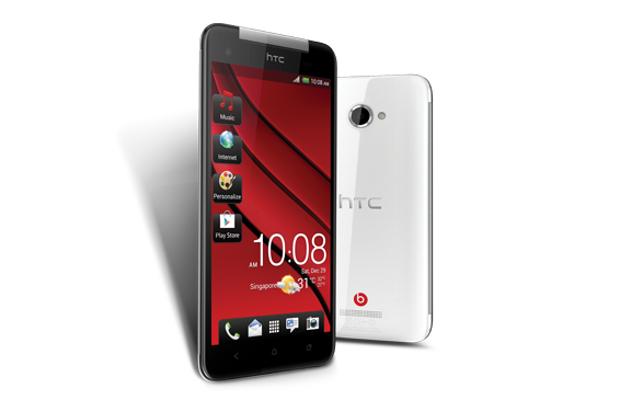 The HTC Butterfly comes with a 5-inch Super LCD 3 display with Corning Gorilla Glass 2 and a pixel density of 441 pixels-per-inch which is highest in the industry. It has a 1.5 GHz Qualcomm S4 Pro quad-core processor along with 2 GB RAM, which again is the best combination found in smartphones so far. 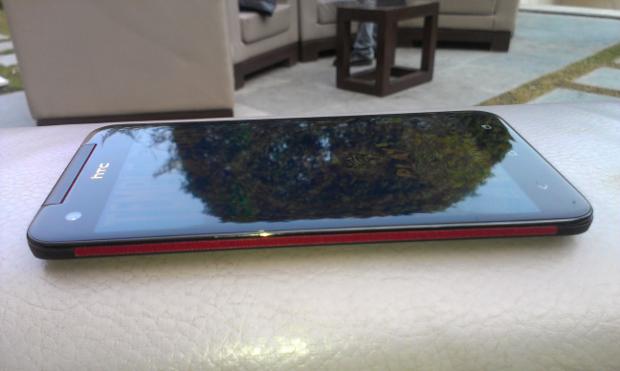 The Android Jelly Bean smartphone also offers very high end cameras both at the back and the front. All this comes in a very slim package so unlike most 5 inch phones which feel heavy in hand, HTC Butterfly feels very light.

The HTC Butterfly is just 9 mm thick but feels even thinner thanks to its curved back. At just 70.5 mm, it is also not very wide either. The phone feels very much like a smartphone and not a smaller tablet and it is easy to make calls using a single hand, unlike in most 5 inch or bigger phones. 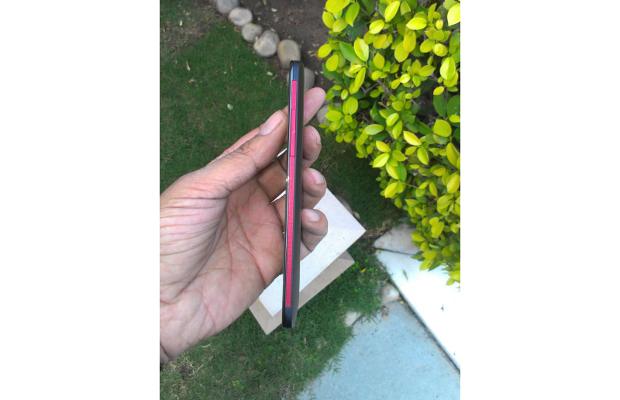 Its display glass is also slightly curved around the edges. HTC has always brought good looking phones and this one is no exception. In the black colour model that we saw, the phone has red coloured speaker grill on the sides along with red coloured ear piece. The back panel of the Butterfly comes with matte finish which helps in gripping the phone and also looks very classy; Beats audio logo in red is also there on the back panel. 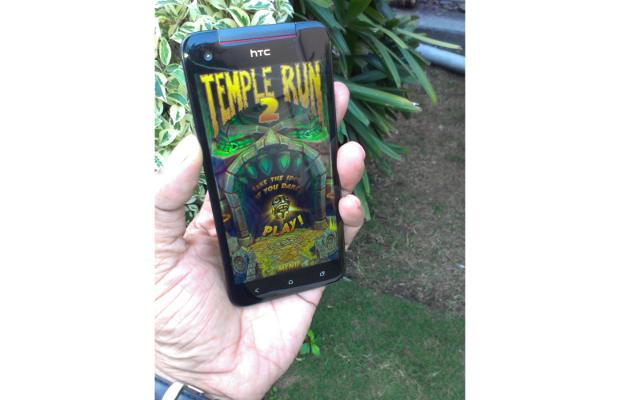 The HTC Butterfly is waterproof, so all the ports which are placed on top and bottom of the phone have plastic cover.

The HTC Butterfly comes with a 5-inch Super LCD 3 display with Corning Gorilla Glass 2 and a pixel density of 441 pixels-per-inch which is highest in the industry. And the best part is that the display feels to be on the surface itself and not underneath a glass which aids visibility. 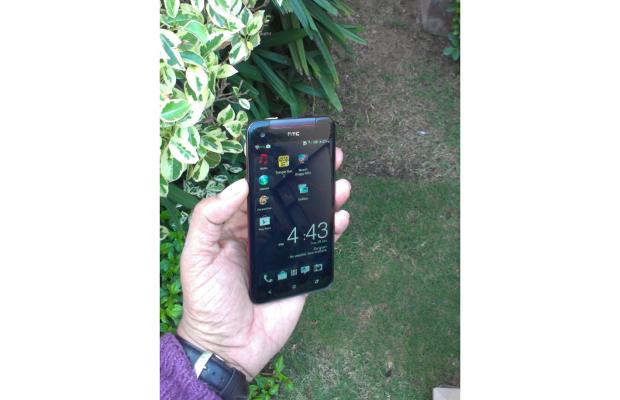 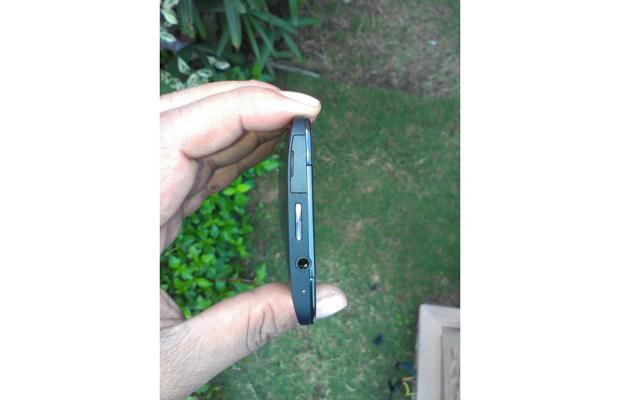 Though the display glass is reflective, the viewing angle from the screen is simply amazing. The sharpness with such high pixel density is no surprise though. The phone’s display can be simple termed as stunning. 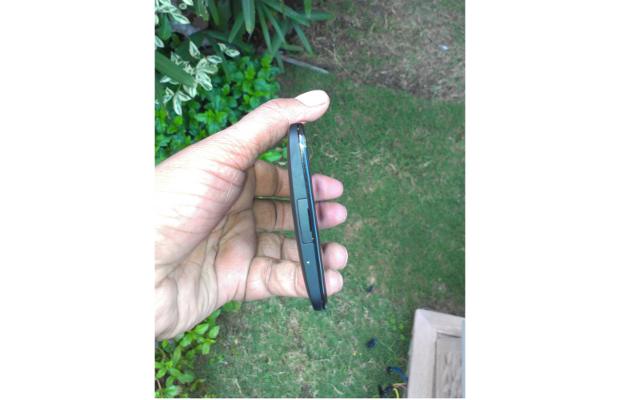 We did play the Temple Run 2 on the phone and it ran flawlessly but then it is too early to give a judgement. We will have the device in our hands shortly and we will keep you update with our review and other stories on the phone.

The HTC Butterfly has an 8-megapixel rear camera with a single LED Flash, the image that we took came out great with very precise colours and high sharpness, but then it was evening and near perfect setting for photography, so we will reserve our verdict for our review. 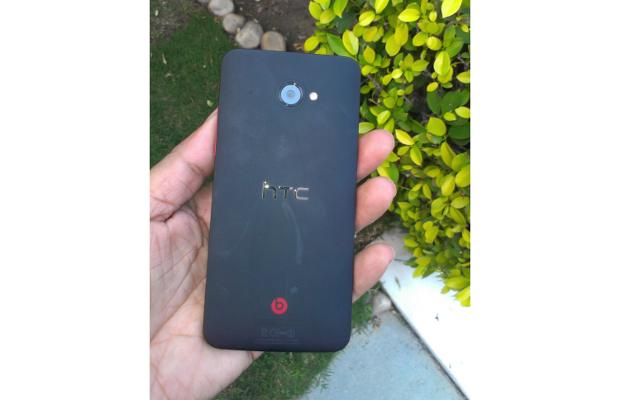 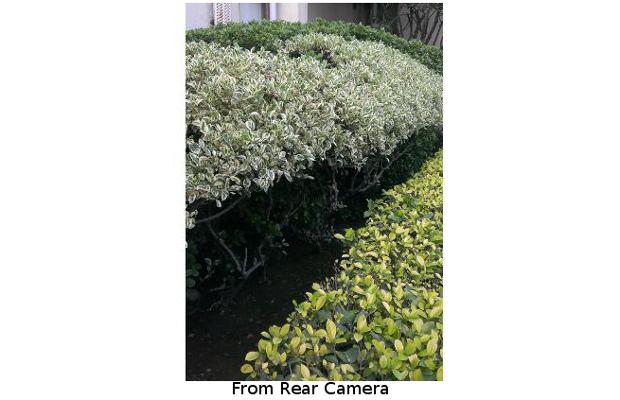 However, special mention need to be made about the front facing camera of this phone, which HTC claims is better than some of the rear cameras of many mid-range phones. Aided by wide angle lens and better low light capability, the front camera is best suited for self portrait. 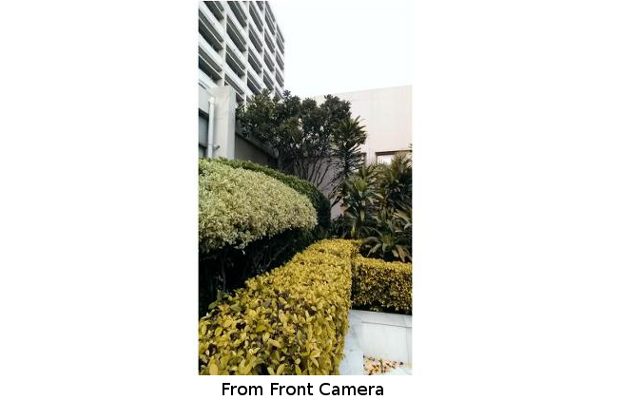 And true to the claim, the front camera of the HTC Butterfly indeed looked great in the short time we had with the device. As you can see in the image, it is very bright with clear details.

HTC has put its latest Sense 5 user interface on the phone, while we did not explore much into what has changed. HTC has changed its clock which now appears on the lower right side and there is another row of widgets vertically stacked along the left side of the screen, this is probably a Butterfly-only arrangement to utilise the larger display of the phone. 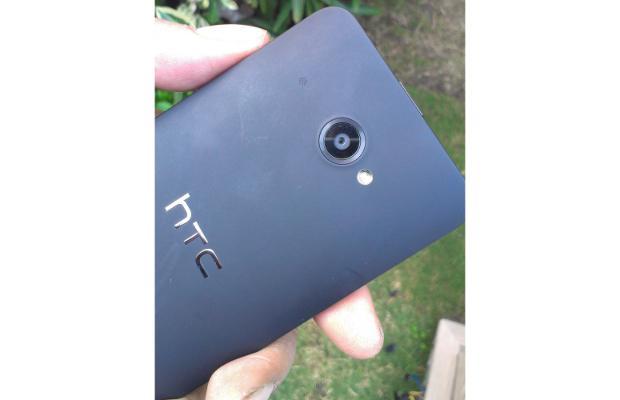 Rest of the features of Sense user interface are there as usual like easier social networking with better sharing functions. We will do an in depth analysis of the Sense 5 user interface shortly.

The HTC Butterfly comes with micro-USB, Infrared, WiFi, Bluetooth 4.0, and NFC. The micro USB port also can be used as HDMI port but for that you have to get a special cable. Infrared is a good inclusion which can be used to convert the phone into remote control for various home entertainment systems like TV and Music system by merely downloading the relevant application. The phone also has GPS + GLONASS (Russian global position system) for better mapping function. 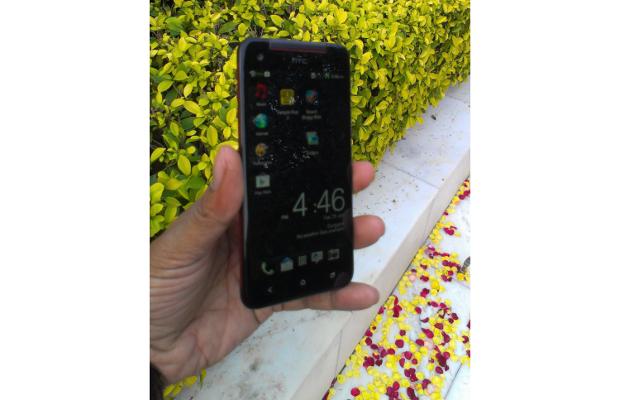 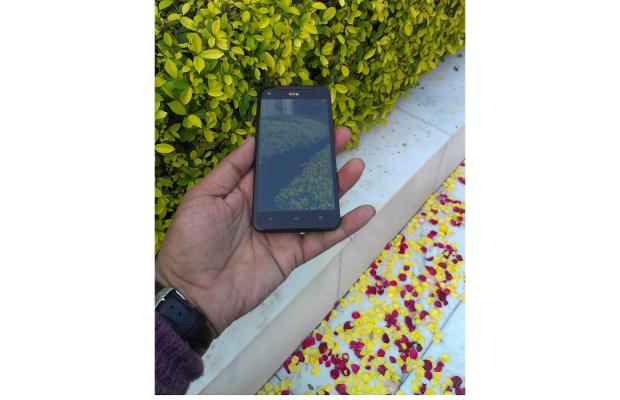 The HTC Butterfly has a 2020 mAH battery which in itself doesn’t sound great for a device of this size, however it will depend on how much power management helps in deriving maximum back from this unit.

In terms of storage, the phone has 16 GB of memory and thankfully there is also a micro SD card for up to 32 GB.

The HTC Butterfly is big yet slim. Also, not only it has great looks but provides superb performance too. 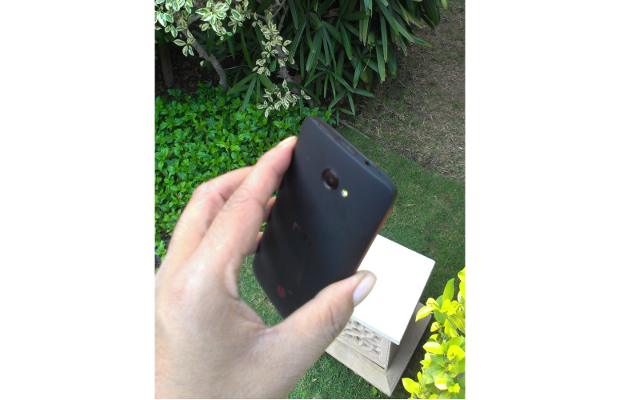 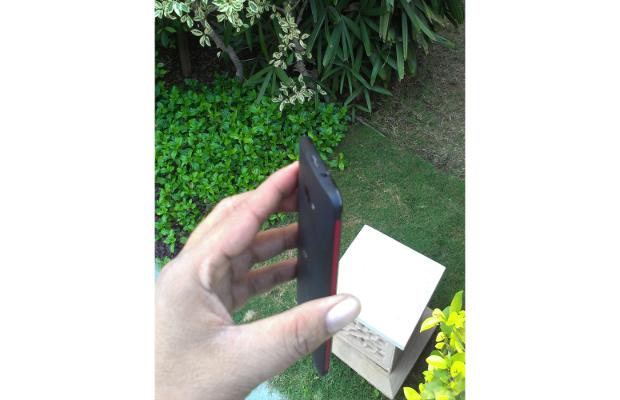 However, it is the costliest Android smartphone out there and seems to be overpriced by about Rs 10,000.