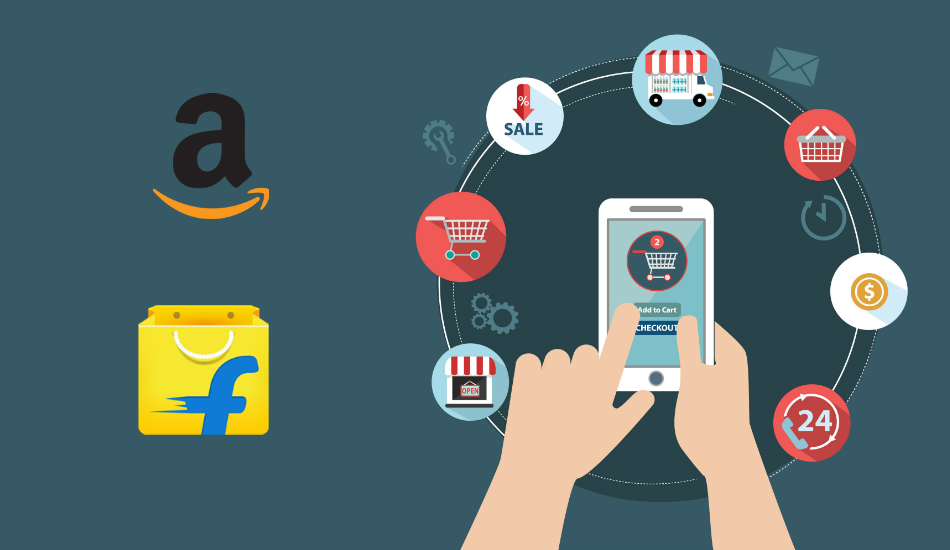 Online retailers will be prevented from making exclusive deals with specific sellers. According to the new set of regulations imposed by the government, a seller who has some stake in the e-commerce company or any of its group of companies will not be allowed to see its products on an online platform.

Online retailers Flipkart and Amazon will soon face consequences as the Indian government has levied new regulations that bar them from hosting exclusive products. While such a move will benefit several local traders and other sellers, this marks an end of the road for cashback schemes and discounts offered by these online giants.

In a statement released to Reuters, the government said that online retailers will be prevented from making exclusive deals with specific sellers. According to the new set of regulations imposed by the government, a seller who has some stake in the e-commerce company or any of its group of companies will not be allowed to see its products on an online platform. The rule also applies if more than a fourth of the total sales of an entity comes from a single vendor.

This means Amazon and Flipkart will soon have to withdraw favouring their own or partner merchants like Cloudtail (Amazon) and RetailNet (Flipkart) so as to not violate rules that condemn preferential treatment for sellers. The new rules also make it clear that cashback offers that the users get should be redeemable on a purchase no matter who the seller is. This meant that the services provided to vendors on an e-commerce portal should be fair and non-discriminatory.

The new regulations also put a ban on exclusive deals that online retailers host when promoting a specific brand. With the inception of this rule, Xiaomi will no longer be able to sell their smartphone with exclusivity on Flipkart and the same applies to OnePlus on Amazon.

The new regulations from the government will be imposed as early as February 1, 2019, and will require an e-commerce marketplace entity to furnish documents with a report of a statutory auditor to the Reserve Bank of India. This report will confirm that the e-retailer was compliant of the guidelines and should be submitted by September 30 of every year.

The latest move from the government comes after local traders and small-time online sellers suffered losses to exclusive partner sellers who offered steep discounts due to preferential treatment. The new set of rules will minimise malpractices and pricing policies that favour specific sellers and their exclusive retailers. Amazon India has also confirmed that it’ll be evaluating the latest rules. However, Flipkart is yet to make an official word on the matter.