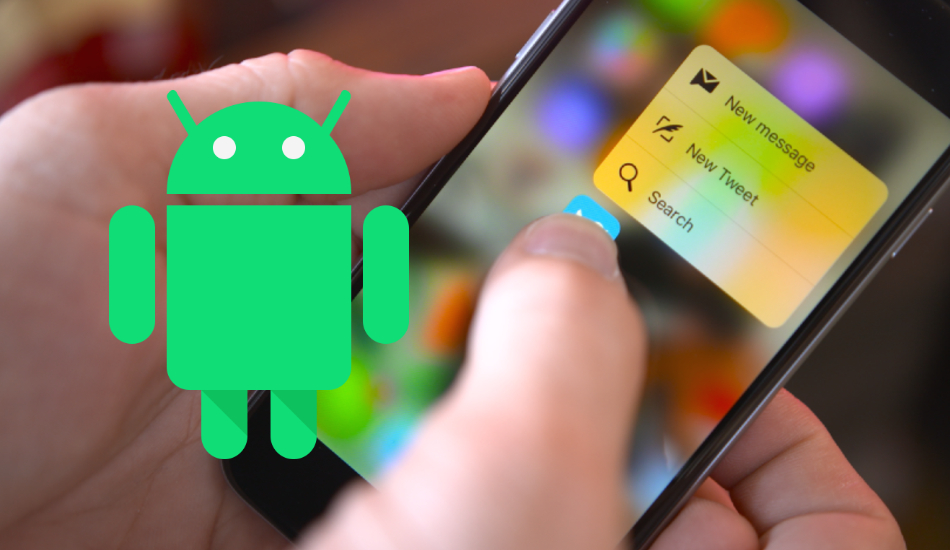 Deep press will be a natively embedded feature on the Android Q interface. The feature will emulate 3D Touch on iOS and will bring a new action feature by pressing harder on a display instead of long-pressing it. App developers will now be able to provide contextual menus on a deep press instead of adding a three-dot icon.

Android currently allows you a limited number of ways to interact on your touchscreen – tap, press and hold, drag, swipe and pinch. But that’s soon about to change as Google is aiming to bring a new “Deep press” feature on Android Q which will be different from its previous offerings.

Recent documentation found on the Android Developers has revealed Deep press which will be a natively embedded feature on the interface. The feature will emulate 3D Touch on iOS which will bring a new action feature by pressing harder on a display instead of long-pressing it.

It’s unclear how Google will be implementing Deep press on smartphones as Apple’s 3D Touch feature makes use of pressure sensitive displays to register a harder press on the screen. There are apps which identify which parts of your finger are touching the display and Google might be able to use this as a foundation to develop Deep Press on current smartphones.

In theory, your finger covers a wider part of the screen when pressing and holding the screen and it’ll register a larger area when applying more pressure to the screen. Google can use this information to learn and perform actions when Deep Press is triggered this way.

Another thing to note is that this feature will also benefit app developers as they will now be able to provide contextual menus for a deep press instead of adding a three-dot icon on the corner of the app screen. This will help developers utilise more screen and thus develop different actions when performing long press and deep press.

Last week, Googlereleased the Android Q Beta 2 for Pixel smartphone users with a set of interesting additions including Bubbles for notifications, an emulator for foldable phones, swipe actions, new icons and more. We’ve also compiled a list of features that the Mountain View giant brought in the first iteration of the Android Q Developer Preview.