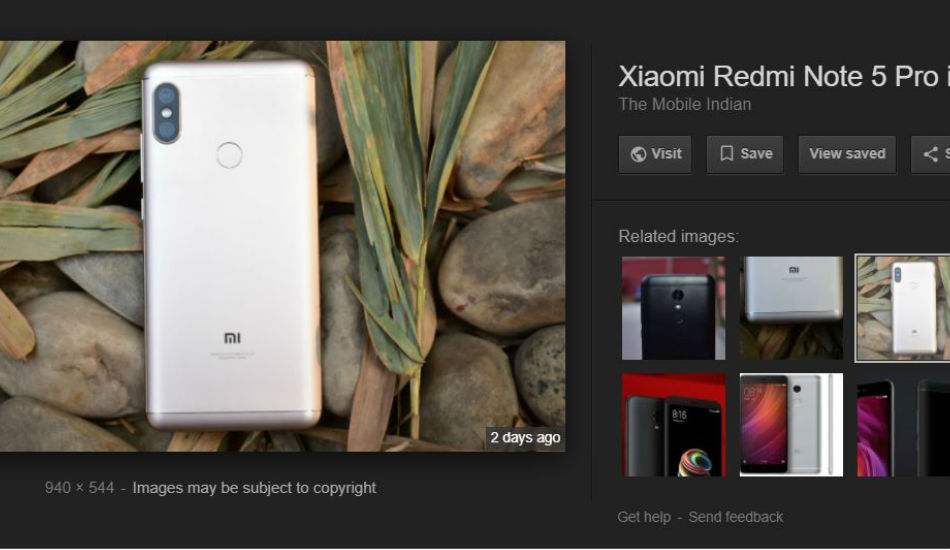 The company announced this news on its official Twitter handle.

Google has today announced that it has removed the ‘view image’ button form its search results, making it harder for users to download images from the search engine. The company announced this news on its official Twitter handle.

The tweet reads, “Today we’re launching some changes on Google Images to help connect users and useful websites. This will include removing the View Image button. The Visit button remains, so users can see images in the context of the web pages they’re on.” The View image button earlier appeared when a user click on a picture, which allows them to download it. The move is frustrating for most of users, as they will not be able download the images right away.

Google has been under scrutiny from photographers and publishers that criticized the brand that image search allowed people to download their pictures. The brand also says that the removable of view image button will help drive people directly to the website where the picture is present. So, from now, users need to wait for a website to load and then find the picture to download it. However, it is a difficult task as some of the websites disable the ability to right-click, which will make it harder for users to download an image.

Fortunately, there is one way to download the images from the search. Users can right click on the image and select ‘Save images as’ or ‘Open image in new window’ to save their pictures. Furthermore, Google has also removed ‘search by image’ button that appears when you open a photo. This is not a major change, but it still affects some users.