The Pixel 2 will be available in Kinda Blue, Just Black, and Clearly White colour options.

Google is all set to hold an event on October where it will announce Pixel 2 and Pixel 2 XL smartphones. However, just before the launch, new renders and pricing of both the devices have been leaked online.

Droid Life shared the images and pricing of the upcoming devices. To start with Google Pixel 2 XL, the phone will follow the dual-tone design language and it will come in Black and White and Just Black colour variants. The smartphone will be available in 64GB and 128GB storage variant and it will be priced at $849 and $949 respectively. Further, Google will also introduce financing scheme and the 64GB variant will cost $35.38 per month over 24 months, while the 128GB will be available for $39.54 per month. 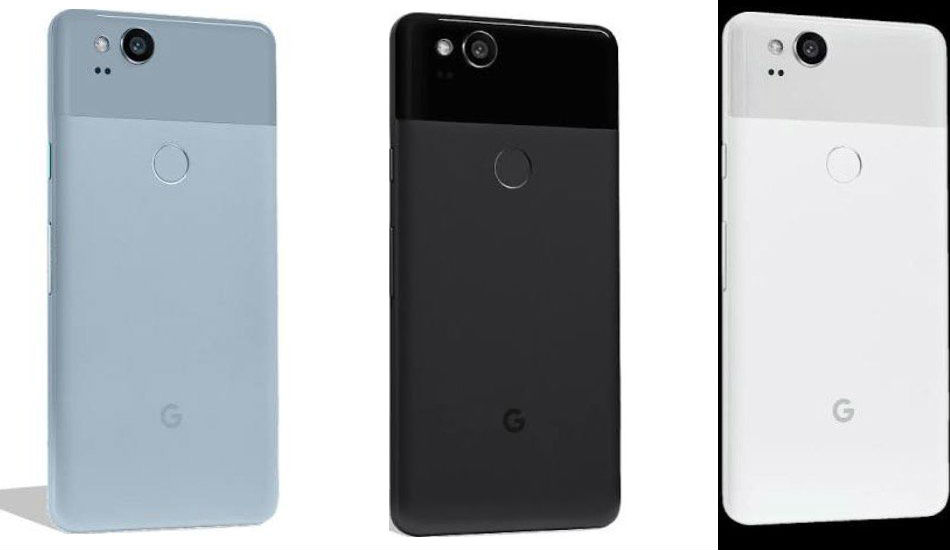 Coming to the Pixel 2, the smartphone will be available in Kinda Blue, Just Black, and Clearly White colour options. Just like its elder sibling, the Pixel 2 will be available in 64GB and 128GB storage variants. The former will be priced at $649, while the latter will come with a price tag of $749. The 64GB variant will be for $27.04 per month over 24 months and 128GB model will cost $31.21 per month.

Previously, according to a report by 9To5Google, the Pixel 2 will come with Active Edge feature, which will similar to HTC’s EdgeSense. The publication did a teardown of the 7.12 version of Google app. Users will be able to initiate Active Edge to access settings for the Google app. The teardown also revealed that one can also activate Google Assistant by squeezing the edges of the upcoming smartphone.

In addition to this, Google Assistant will get some new and interesting features as well. To start with, the virtual assistant will come with a new feature known as Routines that might allow users to initiate multiple things with just a single command. Further, Google app teardown reveals that one can set the different voice of Assistant as per their requirement.

Other than this, users might also be able to set select different hotword other than “Ok Google” to activate Google Assistant. However, it is not known at the moment whether they will be allowed to create their personal hotword or have to choose from a predefined list.