Google has brought a bunch of new features to its Google Messages app, such as replying to individual texts, voice message transcription and more. 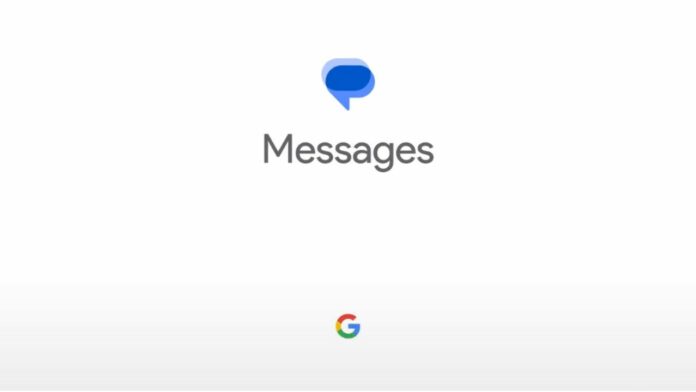 Google Messages wants to be the ultimate messaging for Android users and provide a good set of features to its users while also rivalling iMessages on iOS devices. To further strengthen its feature set, the app has introduced a bunch of new enhancements in its app such as replies to specific messages, iOS emoji reactions support and a lot more. Let’s take a look at them.

Google is updating the Messages icon over the coming weeks to so that it can better reflect today’s modern messaging experience. The new icon now has overlapping message bubbles to reflect the idea that it takes more than one person to start a communication. Not only this but the Phone and Contacts apps from Google will also be updated with the same look to bring uniformity in the design. Each icon is designed to adapt to Material You themes as well.

Earlier this year, Android started displaying emoji reactions from iPhone users on an Android phone. This is because when the an iPhone user reacted to an Android text with an emoji, the user on Android used to receive a full text message stating what emoji the iOS user reacted with alongside quoting the whole message again.

Now it is taking a step further by letting you react to SMS texts from iPhone users with emoji as well. However, now iOS users should be receiving the same text with the reaction information which the Android users used to receive earlier.

Reminders are now integrated directly in to Messages app to help you remember important moments without having to go through a number of apps and setting a reminder manually. Further, if you save someone’s birthday or anniversary in your phone’s contacts app, you’ll get a reminder about them when you open the Messages app.

This can be really helpful for moments if you ever forget to set a reminder later on, which you can now set directly via the messages by tapping and holding on a message.

With the new update of the Google Messages app, you will be able to respond to an individual message in a conversation when RCS is enabled, making it easier to respond to a specific message without breaking the flow. This feature can be helpful in those circumstances when you want to reply to a specific message in a group chat or to one of the hundred texts you receive in an individual chat. This specific feature has been available in iMessages for quite some time now.

Have you ever found yourself in a situation where you cannot listen to the voice message but it is urgent to reply to that person? Thanks to Google, you can now do that easily on Google Messages. Using Machine Learning, Voice Message Transcription feature auto-transcribes the voice message so you can access it with ease.

This means that you will be able to view the voice message like a normal text message instead of listening to it. In addition to Pixel 7 and Pixel 7 Pro, Google says this feature is also available on Pixel 6, Pixel 6A, Pixel 6 Pro, Samsung Galaxy S22 and the Galaxy Z Fold 4. Again, this is one of the features you won’t find in iMessages on Apple devices.

With this feature, Messages will now intelligently suggest you to “star” or bookmark the messages that contain texts like addresses, door codes and phone numbers to help you easily keep track and quickly find important conversations. This particular feature is not available in iMessages.

Instead of redirecting you to the YouTube app when clicking on a YouTube video link, you can now watch videos inside the Google Messages app without leaving the app. This is because a Window will open inside the app that will start playing the video.

Google Meet is now better integrated into the Messages app. Messages will now recognise texts like “Can you talk now?” and suggest a Meet call by showing an icon right next to the message. It will also suggest adding calendar events for messages like “Let’s meet at 6pm on Tuesday”, so you can add events to your calendar seamlessly.

In some countries, Google has started experimenting a feature that lets you chat with businesses you found on Search and Maps directly through Messages. This will make it easy for you to track your conversations as all of them will appear in one place that’s searchable, private and secure.

With the new update, you can send a message from your new Pixel Watch by asking Google Assistant. This means Google Messages is now available across various Google devices such as Android devices, Chromebooks and now even your watch. Apart from that, Google has partnered with United Airlines to offer messaging on United flights, when you have RCS turned on. “It will be available on United WiFi for most carriers starting this fall, with broader support coming soon”, said Google.

You can try out the new features on the app that will begin rolling out in the coming weeks.

Share
Facebook
Twitter
WhatsApp
ReddIt
Previous article
Nothing Ear (Stick) design revealed, to be available via Myntra in India
Next article
Oppo plans to take the fight to Galaxy Z Flip 4 with its own foldable Flip phone
RELATED STORIES