The brand says apps that have been rated by teachers and meet Google’s quality standards will receive a "Teacher approved" badge.

The company has revealed that it has teamed up with academic experts and teachers across the country for this feature. The brand says apps that have been rated by teachers and meet Google’s quality standards will receive a "Teacher approved" badge. 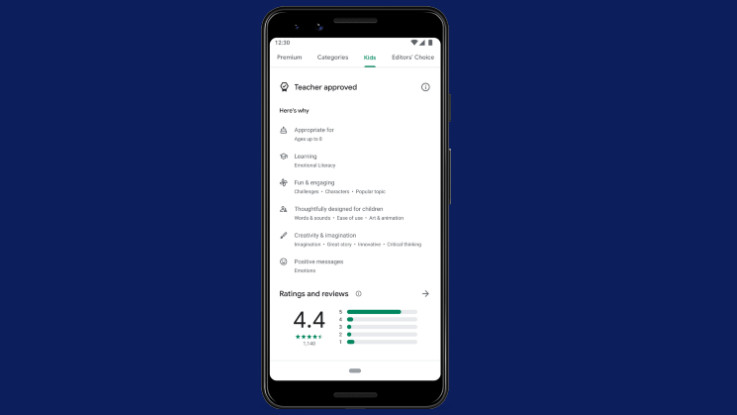 Google says that apps are rated on factors like age-appropriateness, quality of experience, enrichment, and delight. “We include information in the app listing about why the app was rated highly to help parents determine if the app is right for their child,” the company said.

In order to find the kids apps, users can simply look for the Teacher approved badge to see which apps have been reviewed by teachers. “Today’s announcement wouldn’t be possible without teachers who’ve been working closely with us for the last few years to curate apps that can help kids develop, grow and have fun. We trust teachers to enrich our kids while they’re in school, and we’re grateful they’ve shared their expertise to rate the apps kids use when they’re not in school as well,” the company said in a blog post.

Previously, Google has announced different features and more to help fight against the Coronavirus pandemic. The company has revealed new tools to provide the right information about the COVID-19 outbreak along with new features.

Google has also revealed that it will provide locations of hundreds of food and night shelters set up by the government across the country. The information can be accessed on Google Maps, Google Search and Google Assistant. The feature includes more than 33 cities with over 1,500 food and night shelters. One can use both English and Hindi languages to access the information and it will bring other Indian languages over the coming weeks.