The Android 4.0 Ice Cream Sandwich is a major update meant for Android based smartphones and tablets that will bring more simplistic and unified experience. With all new look and feel the Android 4.0 brings face unlock, resizable widgets, LED notifications, interactive lockscreen, multitasking and several other improvements in the native applications. 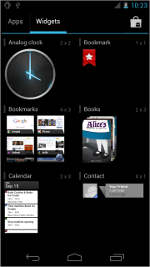 With Android 4.0 ICS, Google wants an operating system that runs everyone &#151 smartphones, tablets and embedded devices. It is like repeating what Apple did in past &#151 different operating systems for iPhone/iPod touch and iPad. Now, at least there’s a common update version for both all iOS devices where major difference lies in the screen size and number of other features.

One of the most useful feature is comprehensive graphical presentation of and analysis of data usage. Major revamp has taken place with the way users can multi-task or kill the background applications. For instance the new Apps button shows the Apps running in background and users can hold and swipe those app preview tabs to right or left for killing it. There’s better voice recognition and deeper integration of the speech-to-text engine that allows user interact with the smartphone without typing anything. 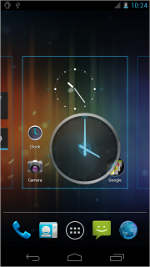 New Face Unlock is the security feature that makes use of the front facing camera of the smartphone to recognize the owner and unlock the phone. Other significant features include resizable widgets and folders, new People app with social network integration, built-in photo editor, and improved copy-paste.

Finally Android platform gets native screenshot capturing support by pressing the volume down button along with Power button. The Near Field Communication chip will be utilized to exchange the data content by simply tapping two devices using Android Beam feature.

Google has not announced a specific date for Android 4.0 Ice Cream Sandwich roll out. But at the Google I/O, the company had clarified that the recent devices will get Android updates for 18 months. Of course the Android smartphones that come with custom user interface like the Samsung TouchWiz, HTC Sense and Motorola Blur will have to wait for customized Android 4.0 ICS to be released for the same. It will take about 2-4 months for such handsets.