WiFi editions of the Google Nexus 7 and Nexus 10 tablets will get Android 4.4 KitKat update starting today.

Google has announced the roll out of latest Android 4.4 KitKat update for its Nexus 7 and Nexus 10 tablets. Google Android’s official Twitter account shared the information stating that the Nexus 7 (2012 and 2013) and Nexus 10 (2012) model owners should expect Android 4.4 KitKat update over the air. The update will be pushed to the WiFi only models. 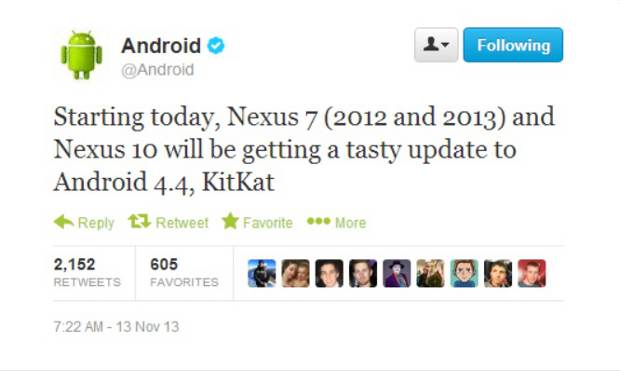 Google has announced that Nexus devices will get the 18 month software support (read: updates) and other devices.