The Gmail app in the Google Android 4.0.3 Ice Cream Sandwich brings support for new experimental features with an apt option named Experiments in the Settings.

Google’s new Android 4.0 ICS operating system, apart from the revamped user interface, also brings spruced up a Gmail app. Just like the Gmail Labs for the desktops, the Gmail App in the Android 4.0.3 update conceals a secret “Experiments” feature.
ComputerWorld reported about these feature and stated that these features are visible only on Android 4.0.3 Ice Cream Sandwich running smartphones with Gmail App build 4.0.3-239410 version only. 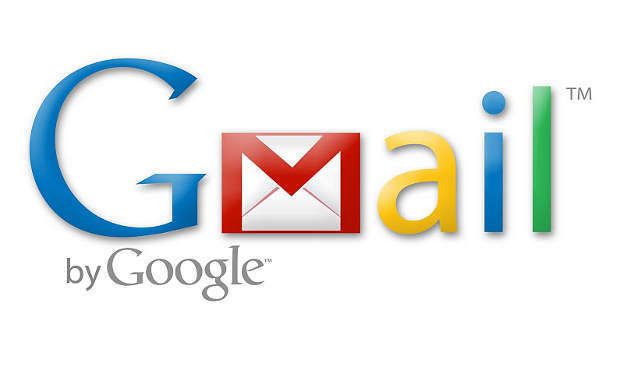 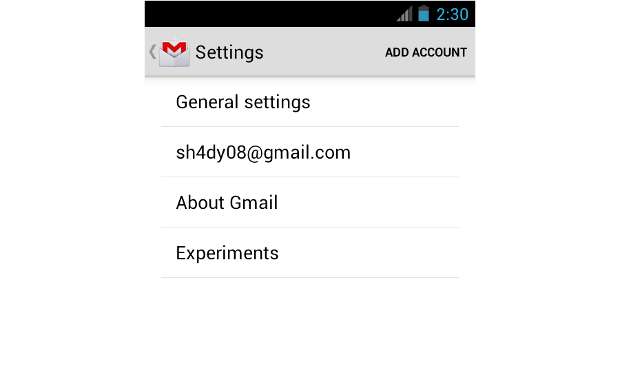 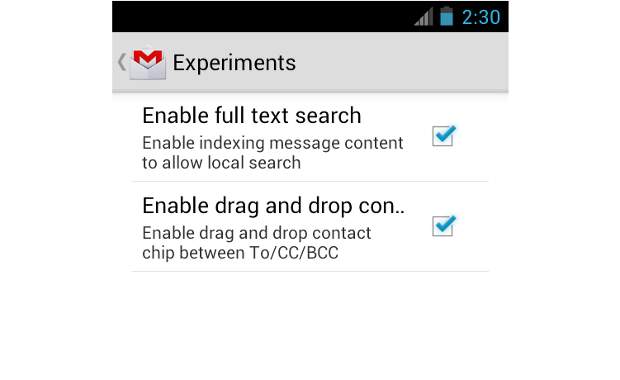 Google is currently reviewing and testing proper builds of the Android 4.0 ICS for various devices. At this moment, there is no clarity on whether these Experiments feature would be visible only to Android 4.0 ICS based devices only.