Gionee S10 now spotted on GFXbench, launch scheduled for May 26 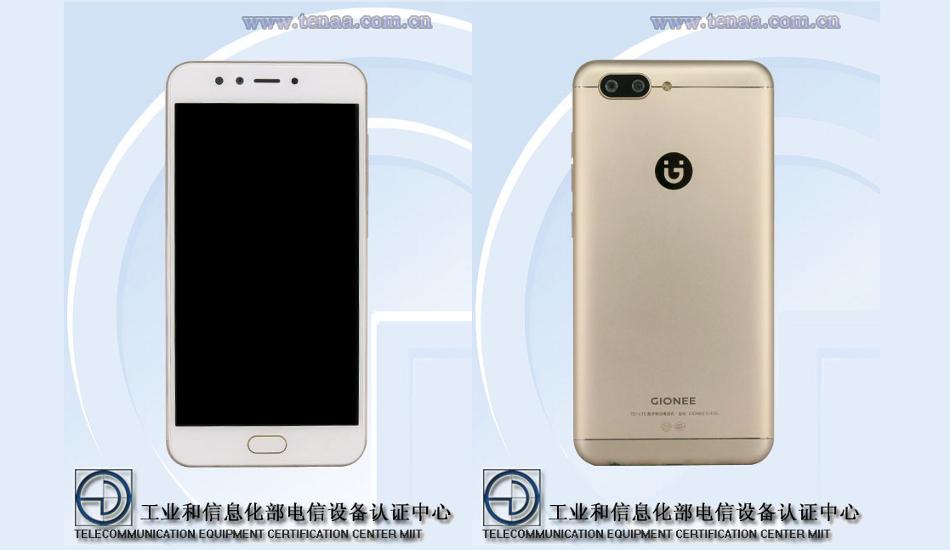 Earlier, The smartphone was spotted on TENAA, a Chinese certification website.

Recently, we have reported that Gionee is all set to launch its new S-series smartphone on May 26 in China, which is dubbed as Gionee S10. The device was recently spotted on TENNA (Chinese certification website) with the model name ‘Gionee S10B’. However, now the same handset has been found listed on GFXbench website as well. 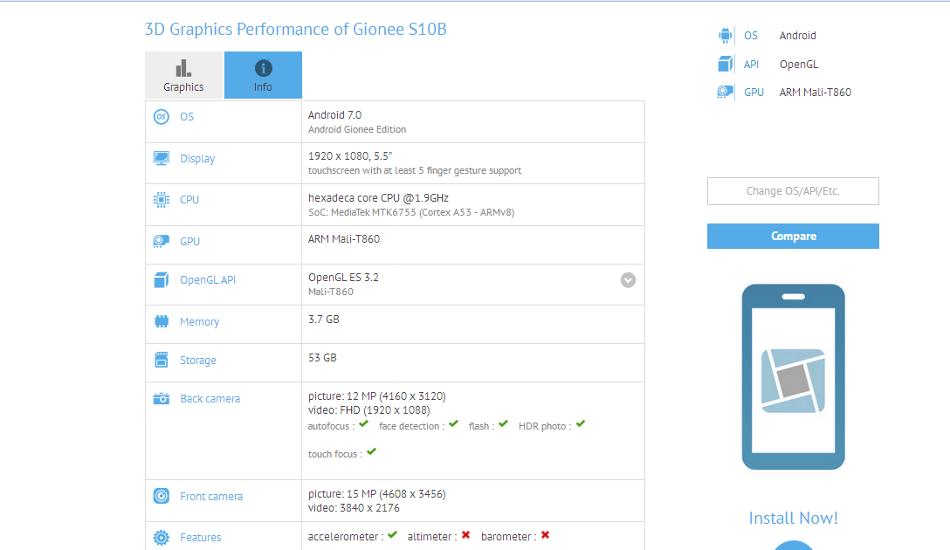 For the rest of specifications from GFXbench and TENAA, the Gionee S10 will have a metallic unibody design and will feature a 5.5 (inches) full HD display with a resolution of 1920 × 1080 pixels. The smartphone will come equipped with an octa-core processor clocked at 2.0GHz, along with 4GB of RAM and 64GB of internal storage. The smartphone will also come with an option to expand the storage up to 12GB via MicroSD card. The smartphone will run on Android 7.0 Nougat operating system.

At the front, it will have a 16-megapixel shooter for selfies and video chats. The smartphone will get its strength from a 3700mAh non-removable battery. Besides the smartphone will offer 4G with VoLTE, Bluetooth, WiFi and all basic connectivity functions. The phone is listed in Gold and Black colour options. The handset will measure 154.5 × 76 × 7.6 mm and weighs around 176.6 grams.The smartphone is also expected to have a fingerprint scanner like its predecessor has.