Facebook has launched Reels in its own app in 150 countries globally. Reels will be viewable in different sections of Facebook app. 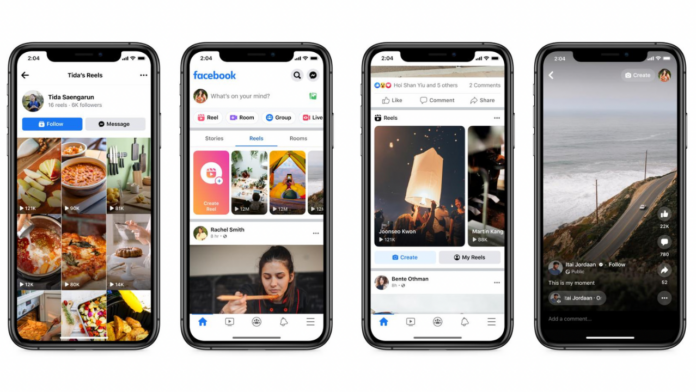 Facebook has announced the availability of Facebook Reels for iOS and Android to more than 150 countries across the globe. Further, it is also introducing better ways to help creators to earn money, new creation tools and more places to watch and create Facebook Reels. This shows that Reels is now a priority for the company. It conveys that watching video is half of time spent on Facebook and Instagram, and Reels is its fastest growing content format by far.

Facebook launched the feature in its own app last year in the US. To make Reels as a better means to earn money for creators, the company says it will expand the Reels Play bonus program, a part of its $1 billion creator investment, to more countries so more creators can get rewarded for creating reels that their communities love.

By mid-March, these tests will expand to creators in nearly all countries where in-stream ads are available. It is also launching Brand Suitability Controls, and has been testing full-screen and immersive ads in between Reels since October of last year, and will roll them out to more places around the world over the coming months.

Facebook announced last year that Reels on its app can consist of music, audio, effects and more. You can find them in News Feed or in Groups. When viewing a reel on Facebook, you can easily follow the creator directly from the video, like and comment on it, or share it with friends.

In addition to this, you now get features such as Remix where you can create your own reel alongside an existing, publicly-shared reel on Facebook. You can now make Reels up to 60 seconds long, and will also be able to save drafts. In the coming months, it will also launch Video Clipping.

Apart from this, Reels will now appear in different sections of the Facebook app. You’ll now see Reels in Stories, in Watch, at the top of Feed, along with suggested Reels in Feed. It is also exploring ways to make it easier for creators to share Reels to both their Facebook and Instagram audiences, such as crossposting. You can find Facebook Reels in Feed, Groups and Watch. When viewing a reel, you can follow the creator directly from the video, like and comment on it or share it with friends.