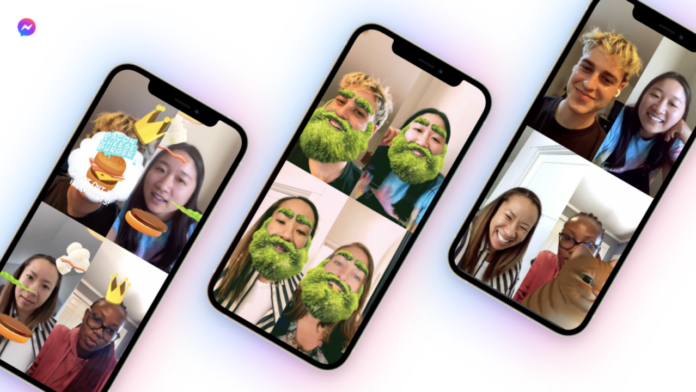 Facebook has announced that Group Effects are now available on Messenger video calls and Messenger Rooms and will be coming soon to Instagram. Group Effects are new AR experiences that can augment everyone on a video call simultaneously, enabling a more fun and immersive way to connect with friends and family.

The new Group Effects feature for Messenger video calls and Messenger Rooms is rolling out for all the users across the globe. In addition, Facebook also expands access to the new Spark AR Multipeer API to let more creators and developers build Group Effects. With the Spark Multipeer API, all creators and developers can build dynamic, real-time interactive effects for larger audiences.

Group Effects work for everyone on the video call, enabling you to have fun, multiplayer gaming experiences with your friends. AR effects are basically becoming a shared experience. Further, one will be able to choose from a library of over 70 Group Effects.

To check out Group Effects, one can head to their Messenger app, start a video call or create a room, tap the smiley face to open the effects tray and select Group Effects. These also support the creator community and give people more ways to express themselves.

In recent news related to Facebook, the brand is planning on rebranding itself as soon as next week. The reason behind the rebranding is to reflect the company’s focus on creating a metaverse.

The rebrand announcement is currently being expected to be made at the Facebook annual Connect conference on October 28. But it could also be made sooner than that. In July, Mark Zuckerberg told a publication that the company would effectively transition from people seeing it as primarily a social media company to being a metaverse company over the next several years.