ASUS recently introduced the new Zenfone series in India. The Zenfone series includes the top of the line Zenfone 6 where in the numeral signifies the screen size. The ASUS Zenfone 6 has been listed at Flipkart for Rs 16,999. Carrying impressive set of hardware, the Zenfone 6 is a contender to compete with the Xiaomi Mi3 released last month. 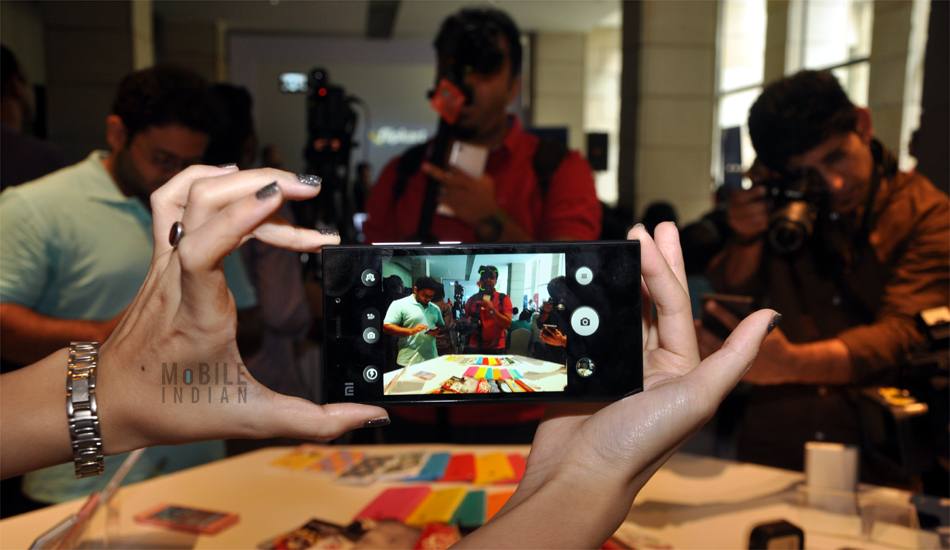 Xiaomi announced its Mi3 smartphone in India for Rs 13,999. At that price point, the ASUS Zenfone 6 is slightly costlier by three grands and we shall compare both the devices to see if that difference is worth it.

Xiaomi Mi3 offers a very simple flat-like design with curved sides and flat top as well as bottom. In a way, it reminds us of the early Nokia Lumia 800 based iteration. The Mi3 is merely 8.1 mm thick and weighs 145 grams heavy. Available only in Metallic Gray, the Mi3 does come with very premium finishing and look. 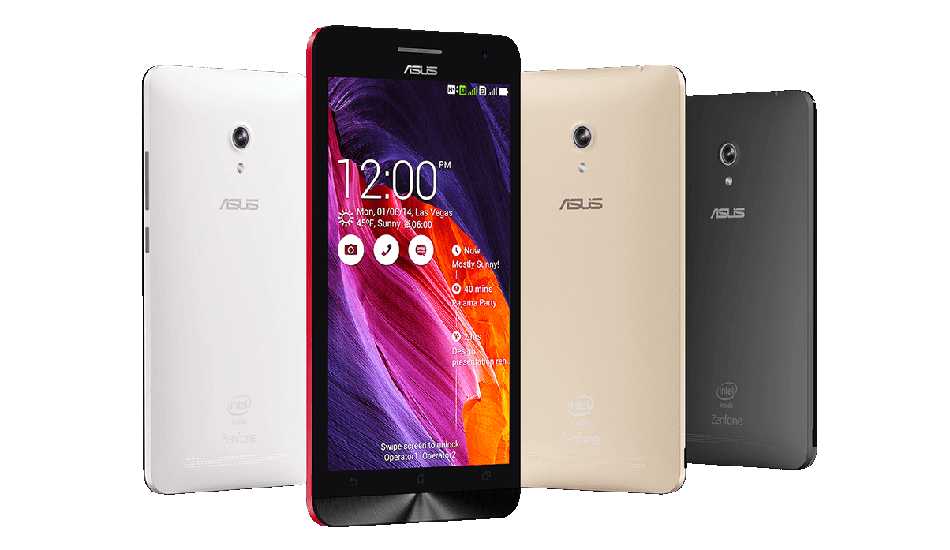 ASUS introduces the Zenfone 6 with soft-touch rear sides and a special coating to give a better grip to fingers at the back. Its front looks attractively minimalist with a metal-like chin strip. The phone also offers capacitive menu buttons. The Zenfone 6 is 9.9 mm thick and weighs about 196 grams heavy.

The capacitive menu buttons might delay the next major Android update for these devices. The Zenfone 6 indeed is large while the Mi3 certainly offers a stylish and handful design.

Xiaomi has carefully selected the hardware to deliver the best possible performance through its MIUI version. The Mi3 handset features a 5-inch IPS LCD display with 1920×1080 pixel resolution. Apart from great viewing angles, the display pushes pixel density of 441 pixels per inch and also supports multi-touch as well. Xiaomi has powered this handset with quad-core 2.3 GHz Qualcomm Snapdragon 800 mobile chipset and Adreno 330 GPU graphics. The Mi3 features 2 GB RAM to deliver best memory bandwidth to easily run the operating system and the apps. By default, the Mi3 will be sold with only 16 GB on-board storage and there is no memory card slot. The company has not given any clarity on whether the 64 GB version will be introduced in India or not.

ASUS has partnered with Intel to house the dual-core 2 GHz Intel Atom Z2580 mobile chipset to power the large screen Zenfone 6. This smartphone features a 6-inch IPS LCD display with 720×1280 pixel resolution. To run the graphics smoothly, it has PowerVR SGX 544MP2 GPU and the Intel Atom CPU. The tricky part is that the 8 GB storage offering Zenfone 6 model comes with 1 GB RAM while the 32 GB model comes with 2 GB RAM. Higher RAM and storage is always better. Thankfully, the Zenfone 6 offers memory slot to support up to 64 GB microSD card. 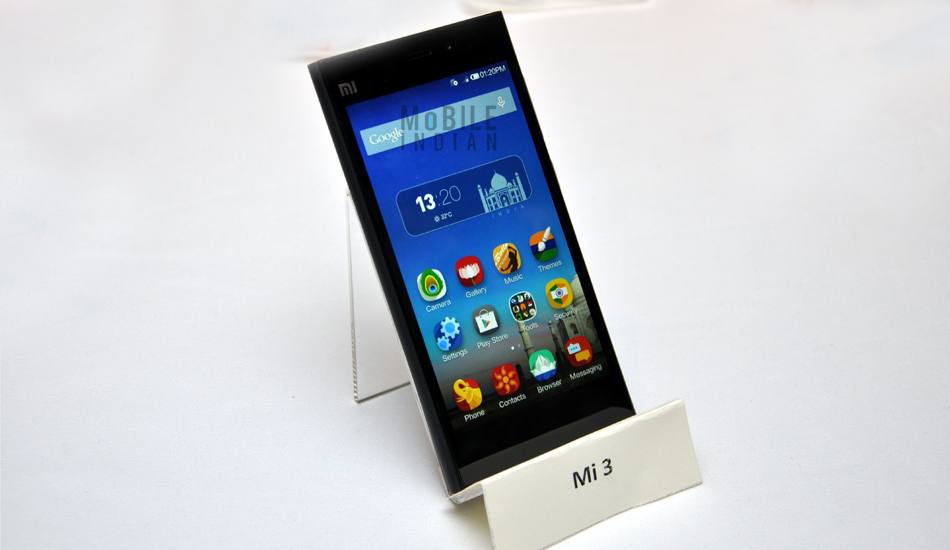 The Mi3 offers a dual-band WiFi 802.11 a/b/g/n/ac support for high speed mobile internet experience. On the other hand, the Zenfone 6 offers WiFi 802.11 b/g/n standard with single-band only support and bundling along WiFi Direct feature. Both offer Bluetooth 4.0 support and easy pairing of a headset to listen to music. Both offer GPS with A-GPS support but Mi3 packs the GLONASS support as well powered by Qualcomm chip to ensure faster and more accurate location locking. Both offer USB on-the-go support when used with USB OTG cable. 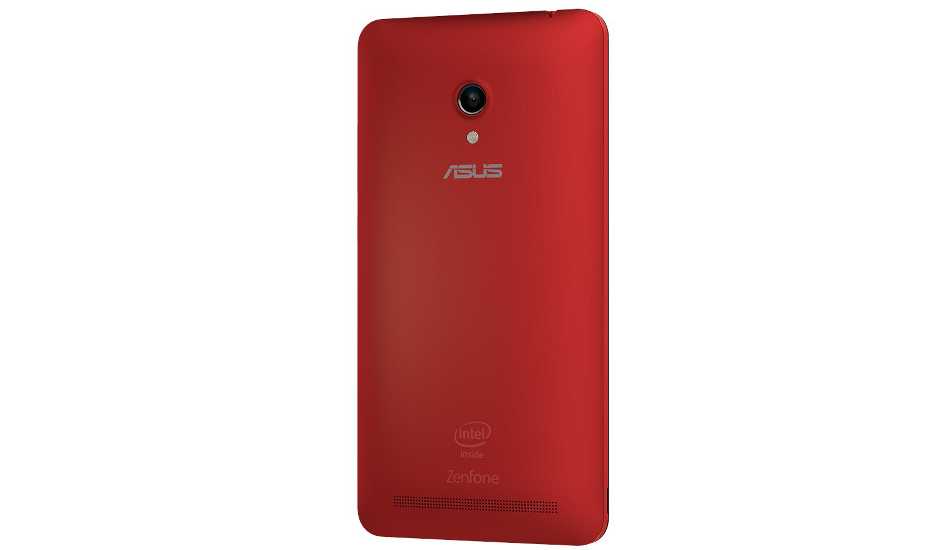 In the grounds of hardware, the Mi3 is ahead by leaps and bounds compared to the closest competition handset – Zenfone 6.

Xiaomi has used MIUI version 5 user interface to deliver a different and custom look. While we expect bunch of pre-loaded system apps for file management, power management and other purposes. Xiaomi is more likely to deliver the next major Android update whenever it is released. Meanwhile, ASUS Zenfone 6 arrives with Android 4.3 Jelly Bean running on top with minimal customisations. ASUS also promises to release the Android 4.4 KitKat update for this phone as well.

Both smartphones feature 13 megapixel auto focus camera at the back. However, only Mi3 offers Dual-LED flash while the Zenfone 6 features a single LED flash. Camera apps on both phones are loaded with fancy features such as Panorama, Face Detection and so on. Both devices are capable of recording full 1080p HD video. 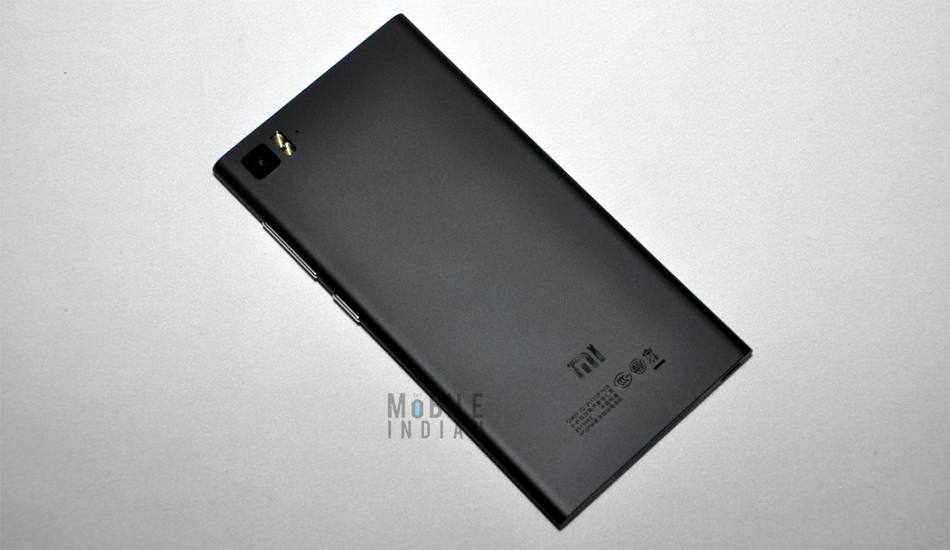 In the front, both devices feature a 2 megapixel camera for video calls and self portraits. Both smartphones offer similar imaging hardware and only real world testing can reveal the true winner.

ASUS Zenfone 6 has a 3300 mAh massive battery, which it claims to offer about 28 hours of talk time. Xiaomi Mi 3 has a 3050 mAh battery and owing to its smaller display, it may offer longer runtime than the Zenfone 6. 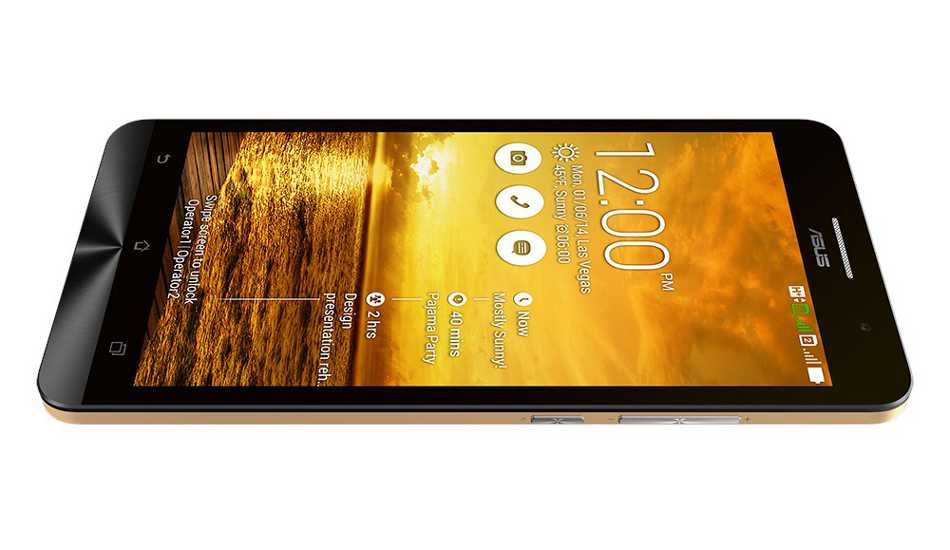 The Xiaomi Mi3 arrives to rattle the competition with stellar hardware and killer pricing of Rs 13,999. One can only be greedy to ask for more at such a price. Meanwhile the large display bearing ASUS Zenfone 6 is listed for Rs 16,999. Of course, the short of storage on Mi3 might pinch the ones who love to load the phone but seldom use it. On the specifications ground, Xiaomi Mi3 certainly has a lead over the Zenfone 6.