Canvas Knight towers over the Grand 2 with its octa core processor and glass decorated body but the Samsung handset has something special in it. Read on to know more.

Micromax has managed to create a lot of buzz with its latest flagship smartphone â€“ the Canvas Knight. It is available from the market for Rs 19,999. Meanwhile, Samsung’s Galaxy Grand 2 had also been launched in the market recently and it is now available in the market for around the same price.

Both the phones have got rave reviews and thus we have compared the two phones here to get the answer of the ultimate question: Which of the two is a better option and why? 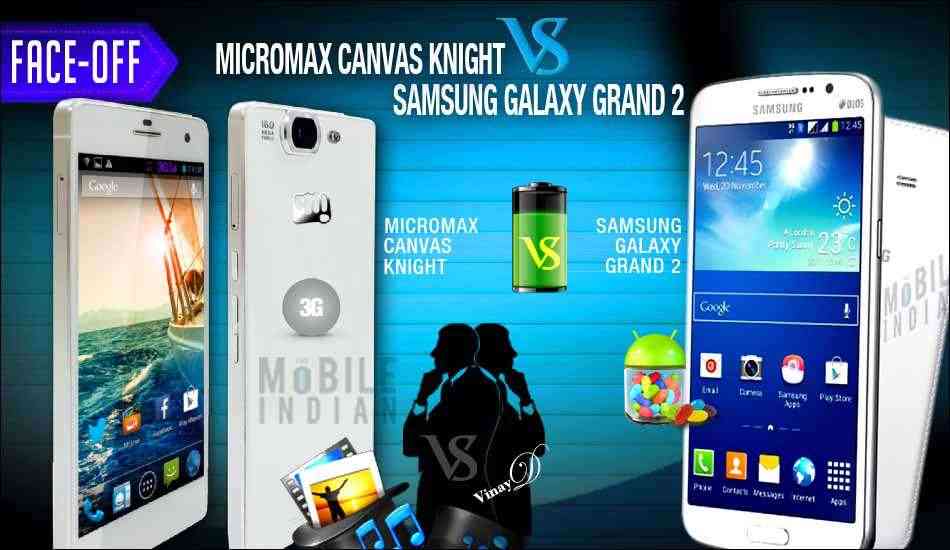 Both the phones are hailed by many for their looks. Indeed they look good but they would not appeal to a user alike. For instance the Micromax Canvas Knight comes with a full aluminum body with a glass coating on its back that makes it a sparkling beauty. But the same glass covering is also responsible for making it a fingerprint magnet and sweaty palms would struggle to handle it, especially in tropical climates like that of India. 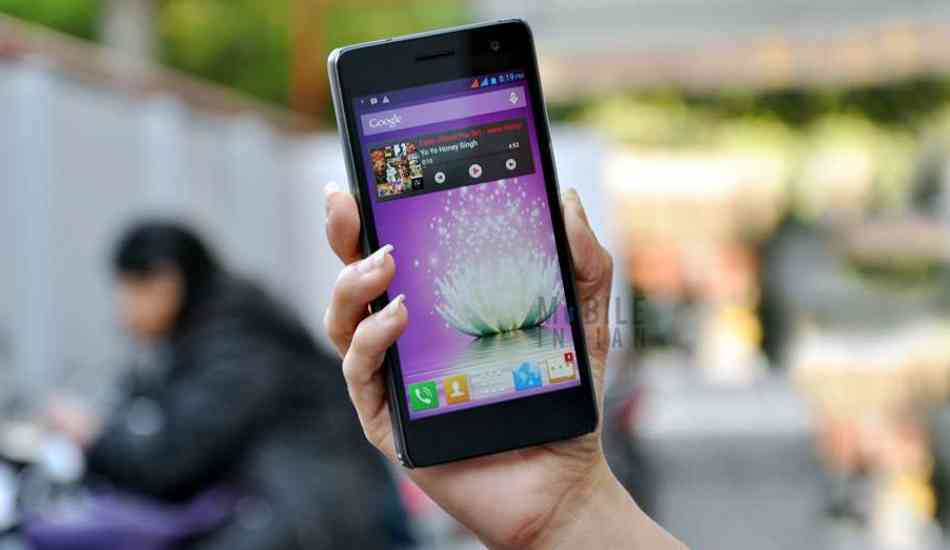 On the contrary, the Samsung Galaxy Grand 2 has leather like, stitched back panel. This panel is extremely good for those who have sweaty palms and for those who constantly struggle to get a grip on their phones. Moreover, Grand 2’s back panel is removable which gives a handy option to reset the phone if it at all gets hanged during multitasking â€“ you just need to remove the battery to reset it. In Canvas Knight, the battery is not removable and hence no such facility is available. So in case the phone gets hanged, you can only wait.

So if you worry is about looks only, then Micromax Canvas Knight would fit the bill but if your concern is about day to day usage and not only looks, then better go for the Samsung handset. 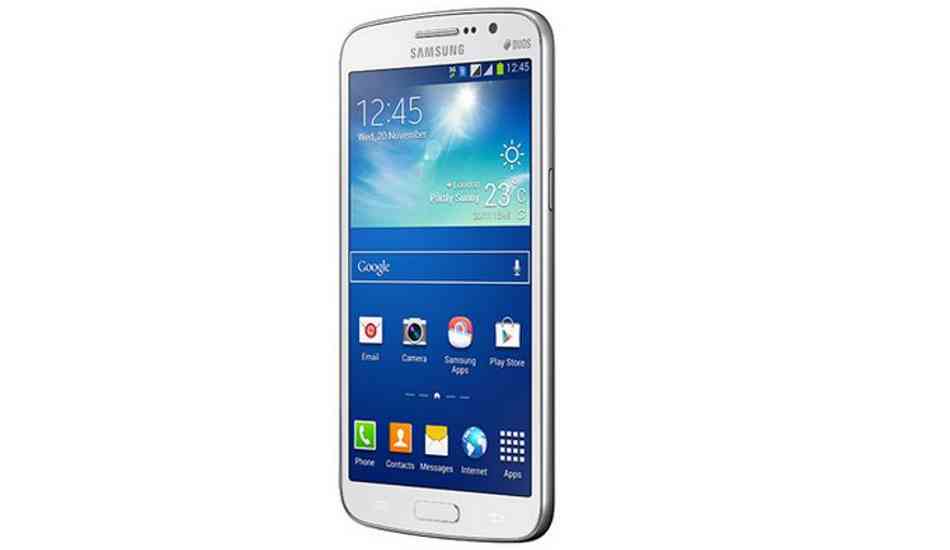 On the other hand, the Samsung Galaxy Grand 2 has a bigger 5.25 inch display but this screen has 1280×720 pixels resolution. Though high definition resolution is quite sufficient but if you compare it with Canvas Knight side by side, then the screen of the Micromax handset would look definitely better.

The display of Canvas Knight has also 10 point gesture input which is again good, though you would never need it. The display has very good viewing angle as well; you can even watch the contents on the display from an angle of about 150 degree. However, its screen has not enough brightness for a smooth operation in bright outdoors.

The Grand 2’s display too has good viewing angles as well as brightness for a smoother operation in outdoors.

The Micromax Canvas Knight comes with 32 GB of internal memory of which 24.9 GB can be used by the user to store his/her files while another 1.97 GB is meant for applications. The phone is armed with decent 2 GB RAM as well. However, the Canvas Knight has no expandable storage slot. 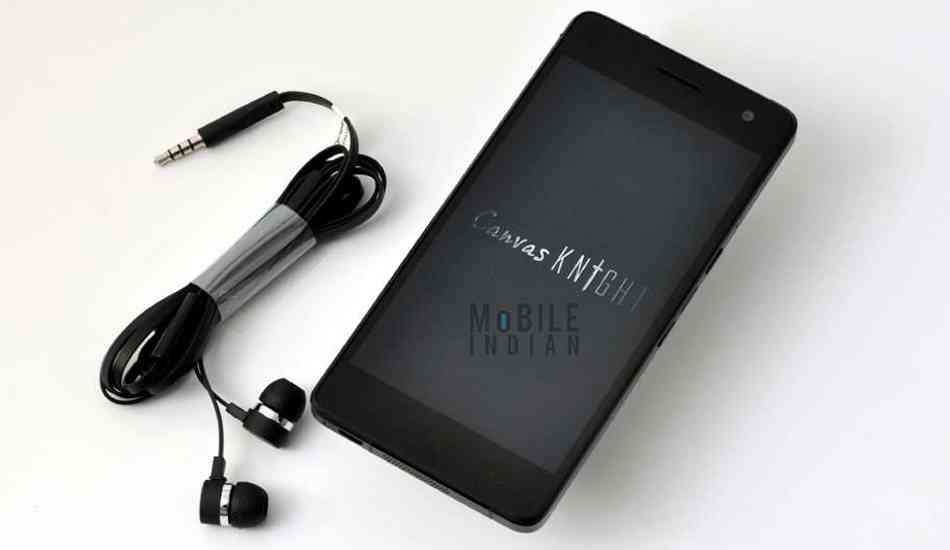 On the other hand, the Samsung Galaxy Grand 2 sits pretty in this section with its 1.5 GB RAM, 8 GB internal storage and an expandable storage slot that can accomodate a micro SD card of up to 64 GB capacity.

Samsung Galaxy Grand 2 has an 8 megapixel rear camera which is assisted by an LED flash, and a 1.9 megapixel front camera. We have not reviewed the phone yet so can’t really comment on its camera capability.

Fortunately, we had reviewed the Micromax Canvas Knight which has a 16 megapixel rear autofocus camera and 5 megapixel front camera. There is also an LED flash light in the back panel to assist rear camera in low lights. It is armed with the M8 Largan lens and the cameraChip sensor that creates 1.34-micron pixel size which is even better than that of Sony Xperia Z1 (1.12 Î¼m) and Samsung Galaxy S4 (1.12 Î¼m). This 1/2.3-inch cameraChip sensors is capable of operating in full resolution (4608 x 3456) at 30 FPS, 4K2K (3840 x 2160) video at 60 FPS, and 1080p high-definition (HD) video at 60 FPS. 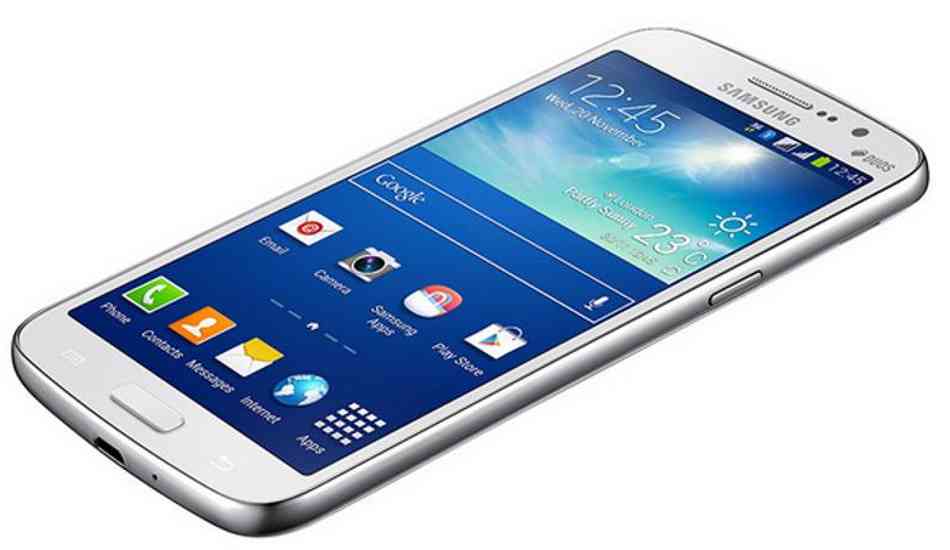 Besides, the Canvas Knight has electronic image stabilization (EIS) feature which is a cheaper alternative of optical image stabilisation (OIS). In EIS, the adjustments are done at the level of sensors while in OIS the adjustments are done at the lens itself. Many experts says that OIS is better than EIS but the later does the job nicely most of the time and provides a shake free image.

The Canvas Knight does a decent job when it comes to camera; you can check out few samples here.

The Micromax Canvas Knight has the eight core based Mediatek MT6592 processor which comes with a maximum clock speed of 2 GHz. As I said above, it comes with 2 GB RAM. With such a specification, the phone isn’t expected to slow down. Canvas Knight managed to run the Injustice: Gods Among Us, which is a pretty high end game, with ease. As far as multitasking goes, the phone easily manages to run 4-5 applications including a high end game. 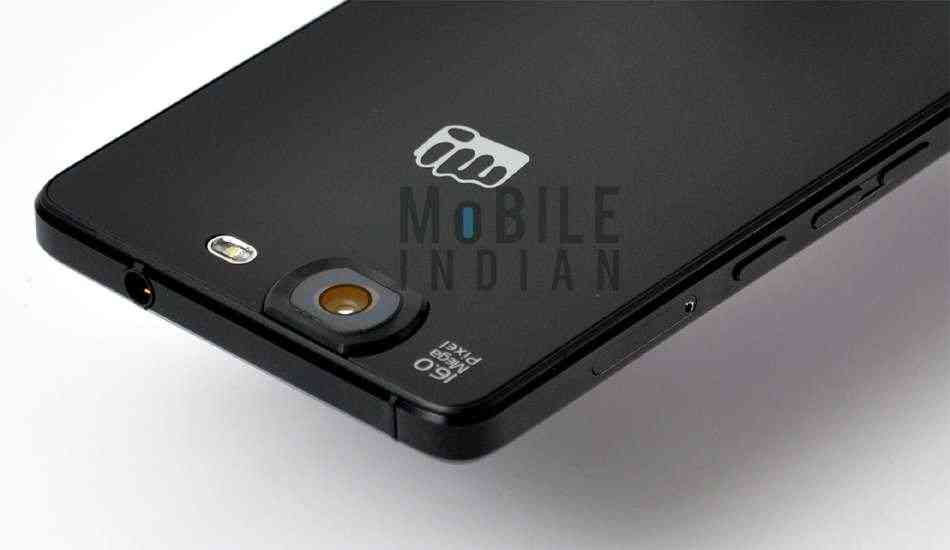 The Micromax Canvas Knight comes with two micro SIM slots as the Grand 2. It has HSPA+ (3G) connectivity along with WiFi (b/g/n), Bluetooth 4.0, and a micro USB port. The Samsung Galaxy Grand too has HSPA+ connectivity and has WiFi (b/g/n), Bluetooth 4.0, and micro USB 2.0. Besides, it has additional DLNA, Like the Micromax handset; it too does not have USB OTG feature. Both the phones have also got a bunch of sensors including Light, Proximity, Magnetic, Gyroscope, and Gravity sensor.

However, it is the battery where the Samsung Galaxy Grand 2 manages to take the sheen off the Canvas Knight. The Grand 2 has a 2600 mAh battery and it claims to provide 17 hours of 3G talktime against 8 hours of talktime of Canvas Knight which too has a fairly big 2350 mAh battery.

Conclusion
To sum up, the Micromax Canvas Knight is a powerful as well as stylish handset. But the Samsung Galaxy Grand 2 will appeal to those who like asthetic looks. Also, the Grand 2 seems to have much better battery life against the Canvas Knight. 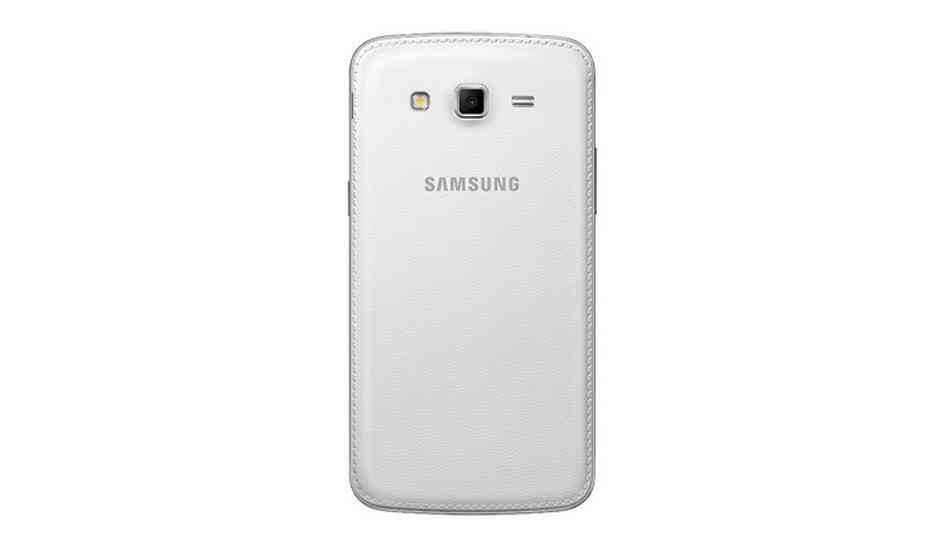 Besides, Micromax has to bring regular OS updates for its devices, atleast the flagship ones, to generate confidence. Meanwhile, you can read the in-depth review of Micromax Canvas Knight here.