Exclusive: Samsung Galaxy J6 and Galaxy A6+ retail box shed some light on its Indian pricing 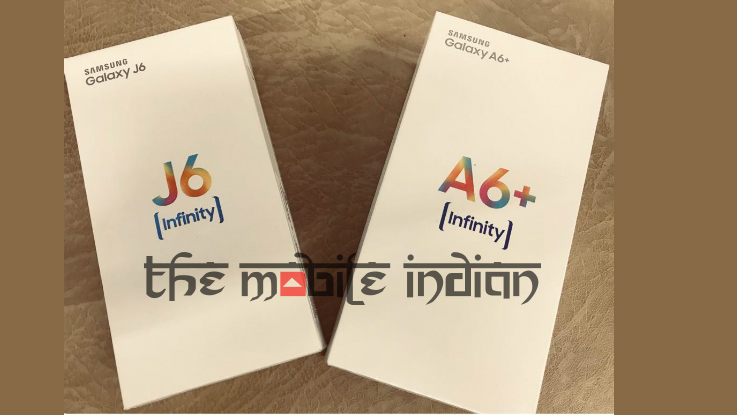 However, just ahead of official launch we got a tip from a trusted source that highlighting the retail boxes of the Galaxy J6 and Galaxy A6+. Although, the retail box of both the smartphones does not reveal some important specs, but surely gives away one crucial detail, the pricing.

However, it is important to note here that generally, the MRP is a bit higher than the market operational price of a smartphone. If this is the case with these two, one could easily expect it the Galaxy J6 to be priced somewhat around Rs 12,990 and the Galaxy A6+ could be priced between Rs 25,000 to Rs 27,000. 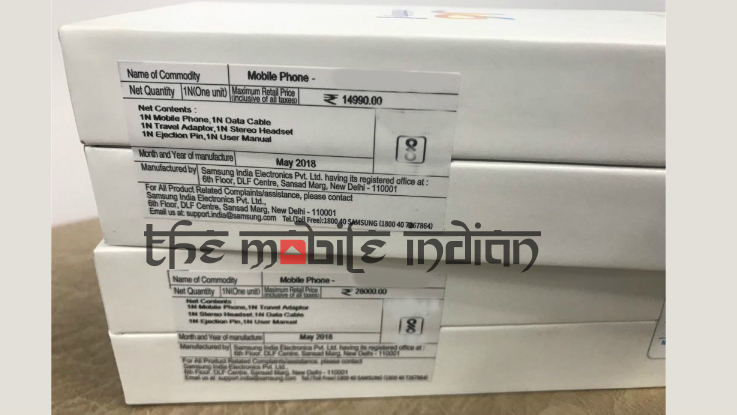 One will get a pair of stereo headset, user manual, travel adapter, data cable and other general items in the box. The retail box of both the smartphones also reveals that both of them will feature Infinity Display and this is for the first time Samsung will introduce the latest display trend to its budget-centric Galaxy J-series. It is a well-known fact that Samsung is now struggling to keep up with the rest of the competition, especially, in the budget segment. Brands like Xiaomi, Asus and Honor are now offering latest display along with some power-packed specs sheet, which makes Samsung current smartphones lineup look-like a complete underdog.

If rumours are anything to be believed, the Galaxy J6 will feature a 5.6-inch HD+ AMOLED display with a resolution of 720×1480 pixels, which is surprising since even budget devices at this age offer a better display. The Galaxy J6 will run on the company’s own Exynos 7870 chipset with 2GB/3GB/4GB RAM options and up to 64GB of onboard storage.

On the camera front, the device is enabled with a 13-megapixel sensor at the back followed by an 8-megapixel front-facing snapper. Though not official, the FCC certification of the J6 did reveal that the device will run on Android 8.0 Oreo with Samsung’s own Experience skin on top and will equip a 3,000mA battery. Additional features include the ability to make cashless payments through Samsung Pay and fast charging, both of which could be the selling points for Samsung to regain the market that’s dominated by Xiaomi.

Coming to Galaxy A6+, the smartphone has been already launched in the global market. The Galaxy A6+ features a 6-inch Full HD+ display with a screen resolution of 2280 x 1080 pixels. The phone is powered by an octa-core Snapdragon 450 chipset with a maximum clock speed of 1.8GHz. The phone comes in 3GB + 32GB and 4GB + 64GB memory configurations and packs a 3,500mAh battery. In terms of camera, the Galaxy A6+ equips a dual rear camera setup with a 16MP primary sensors of f/1.7 aperture alongside a secondary 5MP f/1.9 sensor.

The Galaxy A6 features NFC, Bluetooth, CAT6 LTE, GPS, and WiFi as connectivity options. It comes with Dolby Atmos for an immersive sound experience through headphones. In addition to that, the Galaxy A6+ will also feature Samsung’s Bixby Suite including Bixby Vision, Bixby Home, and Bixby Reminder but fails to integrate Bixby Voice, which is left reserved for the company’s high-end devices.