Exclusive: OnePlus 5 to be available in Indian Market from June 22 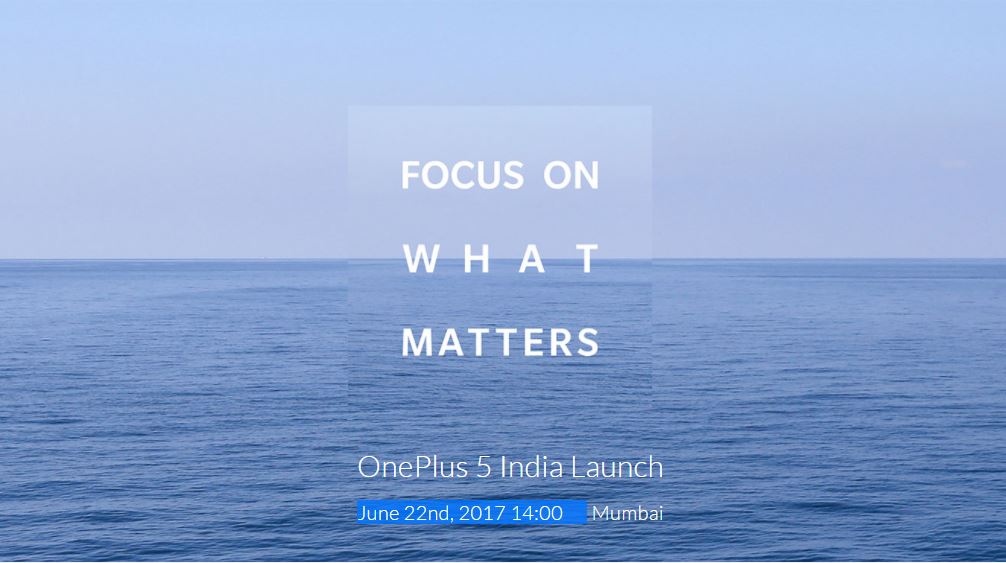 The smartphone will go on sale just after the launch and the device will be soon available through different channels in the country.

OnePlus 5 will go on sale in India on June 22 the day it will be launched in India. “The smartphone will go on sale just after the launch and the device will be soon available through different channels, including both offline and online channels,” a OnePlus spokesperson confirmed to The Mobile Indian.

Further, OnePlus fan community can also attend the launch event, which will be held at the NSCI Dome, Mumbai. Fans who want to attend the invitation-only event can do so by purchasing tickets from company’s official online store on 12th June 2017. All fans who attend the launch event will get a gift hamper and OnePlus merchandise. Select fans will also get a chance to purchase the OnePlus 5 at the event itself and own the device before anyone else in the country.

In addition, OnePlus will also hold the live finale of the ‘Best Smartphone Contest’ at the launch event and 1 winner out of the 5 finalists will take home Grand prize of Rs. 1 Crore cash.

Coming to the smartphone, the OnePlus 5 is turning out to be another ‘flagship killer’ device. The device is reported to be powered by the latest Qualcomm Snapdragon 835 processor along with Adreno 540 GPU. It will feature a Full HD display with a screen resolution of 1080 x 1920 pixels, which contradicts previous rumours predicting a Quad HD display for the upcoming flagship device. The screen size will be of 5.5-inch. The device will be backed by a 6GB of RAM and 64GB of internal storage.
The phone is reported to run on the latest Android 7.1.2 Nougat and will come with a bigger 3600 mAh battery (Evan Blass leaked a 4000 mAh non-removable battery). Interestingly, similar to what we saw on OnePlus 3 and 3T, OnePlus is likely to go with a front-facing fingerprint scanner at the front. OnePlus is also expected to introduce the new Dash Charge 2.0.