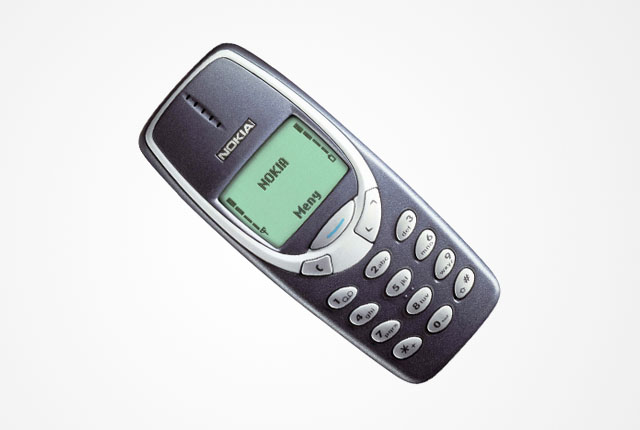 The feature phone should be available at Three Ireland (an Irish telecom carrier) in late September or early October.

Recently, 3G variant of the Nokia 3310 (2017) got the all necessary approval from Federal Communications Commission (FCC) that regulates interstate and international communications by radio, television, wire, satellite and cable in the US, indicating its imminent launch in the Unites States. But now a report reveals that the Nokia 3310 3G will arrive before later this year. The feature phone should be available at Three Ireland (an Irish telecom carrier) in late September or early October, however, HMD Global has not officially announced anything regarding the new 3G model.

Three Ireland has confirmed on its Twitter page that it will be carrying Nokia 3310 3G version, once it becomes available in late September to early October. The tweet reads “We will be ranging the 3G version of the Nokia 3310, the current launch date of late is September early October” which confirms the availability with the Isris carrier. It is to be noted that the current Nokia 3310 model does not support 3G connectivity. When the 3G variant gets unveiled, it is highly expected to hit Indian shores as well with a slight hike in price. 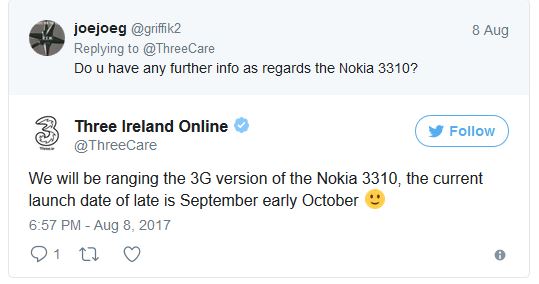 To recall, Nokia 3310 was launched in India for Rs 3,310. As far as specifications are concerned, the Nokia 3310 comes with a 2.4-inch curved window colour QVGA screen with the resolution of 240×320 pixels along with a decent 16GB internal storage for a feature phone with the option to expand further up to 32GB via micro SD card.

Further, we get a 2-megapixel rear camera with LED flash along with Nokia Series 30+ operating system. For the fuel, the 3310 packs a 1200 mAh battery which Nokia claims can last you 22.1 hours of talk time, 31 days of standby, 51 hours of MP3 playback and 39 hours FM radio playback. In terms of connectivity, we get Dual SIM, Micro USB (2.0), Bluetooth 3.0 with SLAM, 3.5 mm headphone jack and 2G network support.