Next Mediaworks, which owns 94.3 Radio One, has announced an application for iPad and iPhone.

“The app, IndiaONE, streams out audio in high quality and consists of distinct channels that include Indian film music, a huge collection of various genres of non film music like Ghazals, Religious, folk, Indipop, lounge, news in three languages, live stream radio in Hindi and Tamil, a Mood player that shuffles music for you and a 1000 song karaoke channel (only on ipad version) that includes tracks from the 70s to the latest film songs,” Mediaworks said in a press release today. 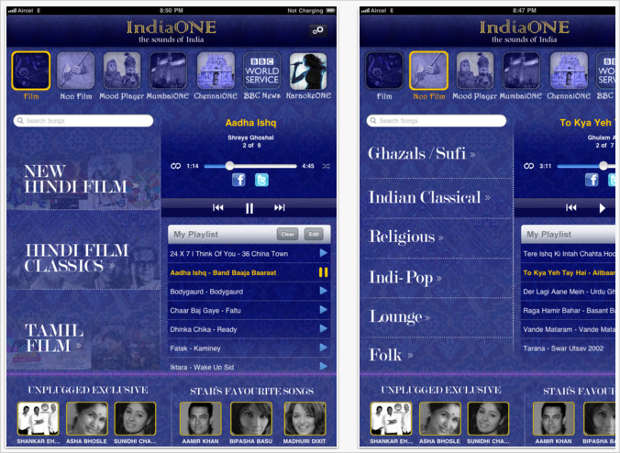 As a special launch feature, the app also includes unplugged sessions of the best Indian musicians who have played exclusively at the Radio One studios and Bollywood stars who have presented their favourite songs in their own voices as played out in the Radio One stations across the country.

The ‘KaraokeONE‘ feature of IndiaONE is also available separately for ipad and iphone and is one of the very few authorised karaoke offerings of Bollywood music in India. One can sing out the latest 1000 Bollywood songs with synchronised lyrics and high quality back up music and support vocals.

“Songs will be updated every 30-45 days at no extra cost for the period of subscription. Songs range from special classics to occasion and party favourites to the latest releases from Bollywood,” added the release.