Edimax 3G-6200nL V2 connects all 3G dongle as well as ethernet port for internet access and also works as a WiFi hotspot for iPhone.

Edimax has launched 3G-6200nL V2 wireless 3G routers in India. The router supports both 3G/3.75G and cable/xDSL modems, and is capable of sharing connection with multiple devices, thanks to it being equipped with both a USB port and an Ethernet WAN port.

The 3G-6200nL V2 also has a fail-over feature, which allows the router to automatically switch to the cable/xDSL connection when 3G/3.75G internet connectivity is not available. 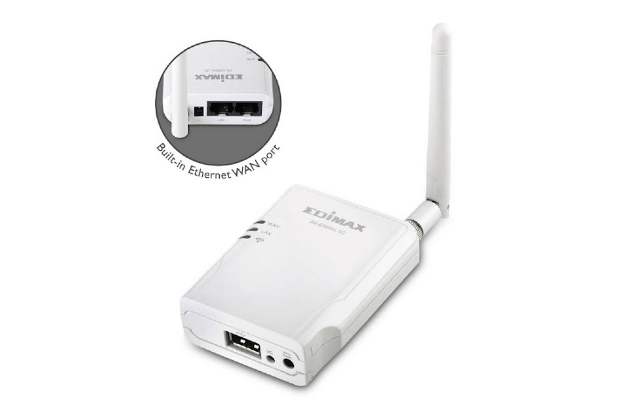 It is also equipped with the wireless MIMO (multiple-input and multiple-output) technology, which claims to give it broader WiFi coverage and eliminating dead spots within its signal range.

The router is available for Rs 3,590 and comes with three year warranty.