The new SimCity Deluxe for Android introduces players to seven multi-faceted scenarios. Start off with seven world famous cities and nurture it with about 40 popular landmarks that eventually attract virtual life form.

Filled with 3D graphics, this game will let anyone become a Mayor and a City Planner to manage, organise and guide the city through natural catastrophes. It is a decent port for the all time favorite game of many.

The Android OS based tablet users would be more comfortable to pan, zoom and place around the objects using the menus within the game.

The SimCity Deluxe game is available from Android Market at a price of Rs 271.5 for India. 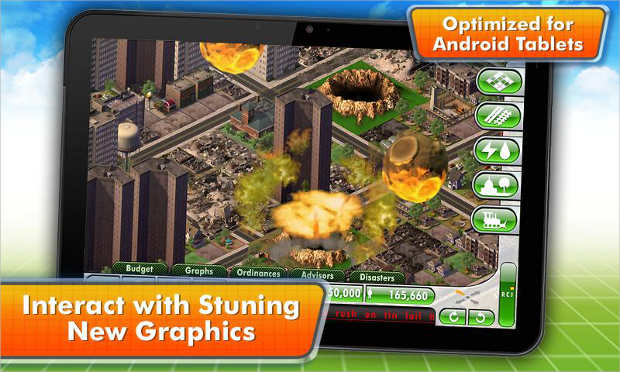