Ducati India has announced the bookings of the Panigale V4 flagship motorcycle in India. The new bike comes in two variants: the Panigale V4 and Panigale V4 S. The former comes with an introductory price of Rs 20,53,000, while the latter is priced at Rs 25,29,000 (Ex-showroom India) and deliveries will begin in July 2018.

Ducati has announced that the Panigale V4 will be a limited edition and Indian markets will get only 20 units, with each of this can be booked before May 31, 2018. The booking also comes with an exclusive numbered memorabilia on delivery. 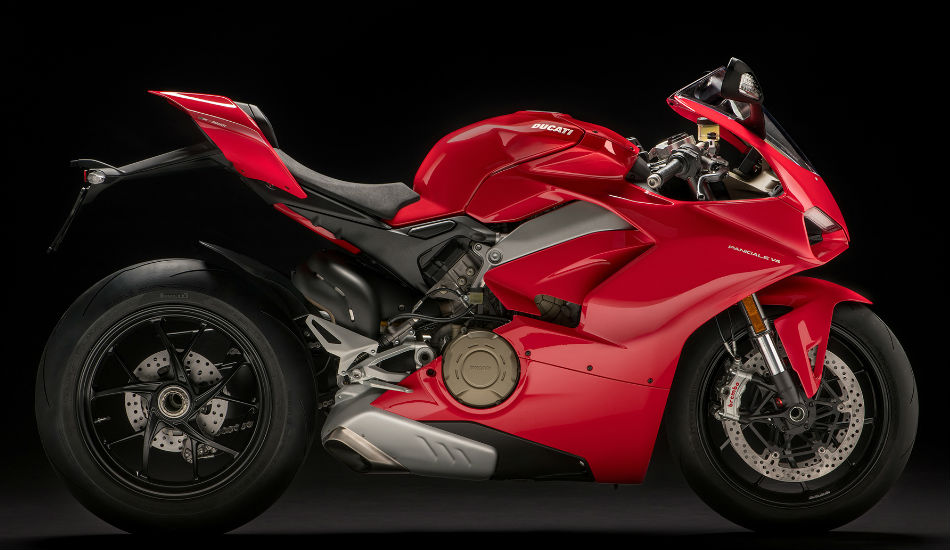 Further, the company has announced that the first two customers who will buy the Panigale V4, will win a sponsored Ducati Riding Experience racetrack course that is scheduled to be held in June 2018 in Malaysia at the Sepang International Circuit. The course will help the riders to get the most out of their Panigale V4 and they will learn to fully utilise the bike under different riding conditions.

Coming to Ducati Panigale V4, it is the first bike from the company to come loaded with a four-cylinder engine, which is derived directly from the MotoGP Desmosedici. The bike is designed to be closest to its MotoGP counterpart. The Panigale V4 comes with 1103 cc Desmosedici Stradale engine, which is capable of producing 214 bhp at 13,000 rpm and 122 Nm of peak torque at 10,000 rpm. The bike comes with a 6-speed transmission. Further, the bike is built with lightweight materials with the Panigale V4 S variant sporting a kerb weight of 195 kg. The bike gives an impressive power to weight ratio of 1.1 hp/kg.

Then there are Ohlins suspensions with Smart EC 2.0 system and it comes loaded with a host of electronics package as well. This includes Ducati Ducati Traction Control, Cornering ABS, Ducati Slide Control, Ducati Wheelie Control, Ducati Power Launch and Ducati Quick shift up and down. Further, it comes with Engine Brake Control and Ducati Electronic Suspension. Interestingly, riders can choose from three modes including Race, Sport and Street, which can be adjusted via new TFT panel.