The Micromax Canvas Tab P470 said to have support for 21 Indian languages.

Micromax has announced the launch of a new tablet, Canvas Tab P470. This tablet said to have support for 21 Indian languages and is priced at Rs 6,999.

The Micromax Canvas Tab P470 is powered by a 1.3 GHz dual core processor and has a 7-inch display. This Android 4.4 KitKat based tablet offers 3G connectivity and has 1024×600 pixels display resolution. 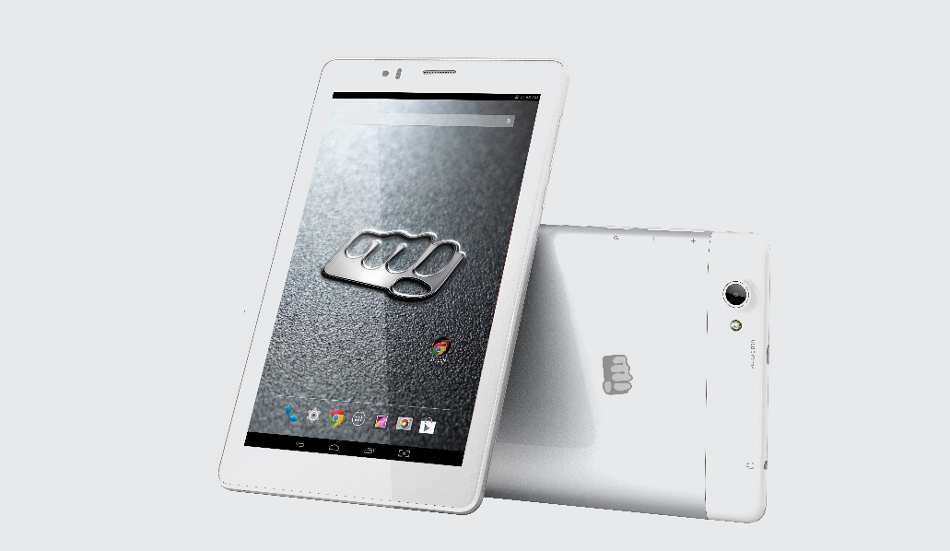 Moreover, the Canvas Tab P470 gas a 5 megapixel rear camera and a 3200 mAh battery. This dual SIM tablet has been launched in silver and mystic grey colors and will be available in stores from 20th December.

The tablet market though sees less number of devices as compared to the smartphone industry but it still has a number of alternatives in each price bracket. Just recently, a new tablet Millennium MT701 was launched with 2 GB RAM and Intel processor for just Rs 5,999.Many older tablets like Xolo TW800, Lenovo A1000L etc are now available for much less and thus would give the new Micromax Canvas Tab P470 a tough competition.