Dropbox app 2.3 update brings better way to manage multiple photos, moving them to album, sharing or deleting them at once.

Dropbox has pushed a new update for its official mobile app for the Google Android platform. The new Dropbox update focuses mostly on the photo organisation and sharing. Dropbox app for Android is thus now updated to the version 2.3 and also brings along number of tweaks and bug fixes under the hood. 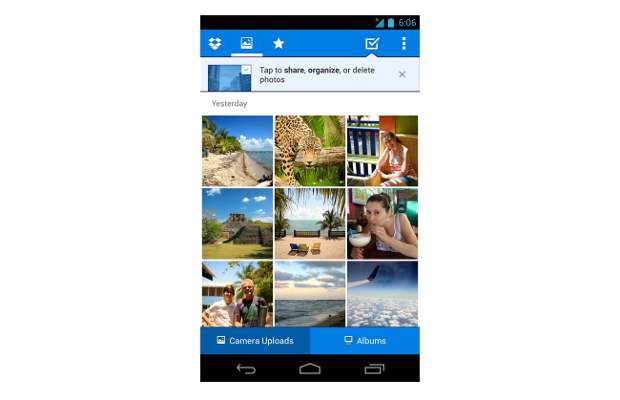 Photos can also be selected and arranged into a single album. Developers have added user interface improvements throughout the app. The photo management features are already available for the Dropbox app for iOS devices.

Download the new Dropbox app 2.3 for Android devices from the Google Play store.