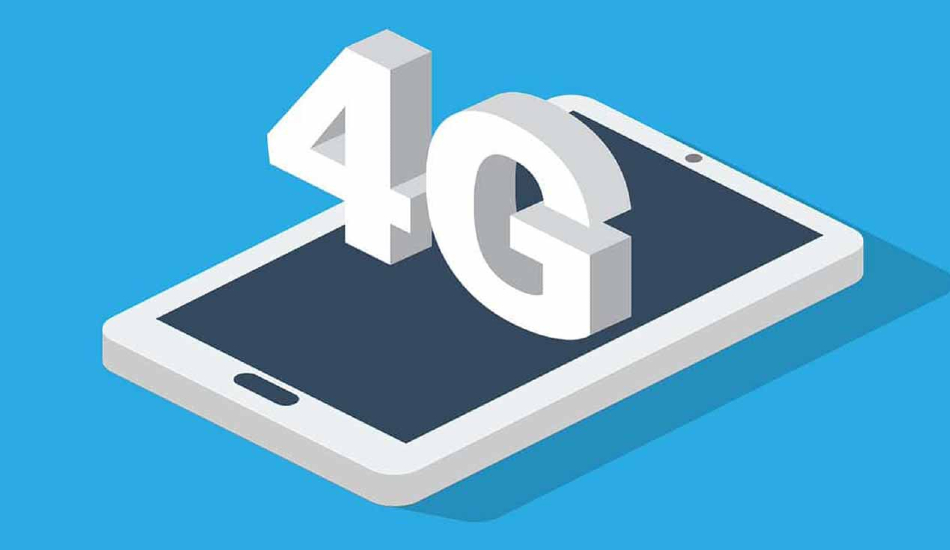 Dhanbad and Ranchi precisely scored 95.3 percent and 95.0 percent, overtaking every other Indian city in terms of 4G Availability. Another surprising appearance was third-placed Srinagar which for being located in the mountain passes of Jammu and Kashmir scored a measurement of 94.9 percent.

Out of 50 of India’s largest cities, Dhanbad has now topped the chart for being the region with the highest availability of 4G. The Jharkhand city was one of the two cities to score over 95 percent in Opensignal’s 4G coverage measurements, followed by none other than its state’s capital city Ranchi.

Dhanbad and Ranchi precisely scored 95.3 percent and 95.0 percent, overtaking every other Indian city in terms of 4G Availability, according to Open Signal. 4G Availability represents when users have an LTE connection, rather than where. This measurement is the proportion of time, users with a 4G device and subscription can get a network connection in the places they most commonly visit.

Another surprising appearance was third-placed Srinagar which scored a measurement of 94.9 percent in terms of 4G Availability. This comes as a surprising incident since it’s one of India’s remotest cities and is located in the mountain passes of Jammu and Kashmir. 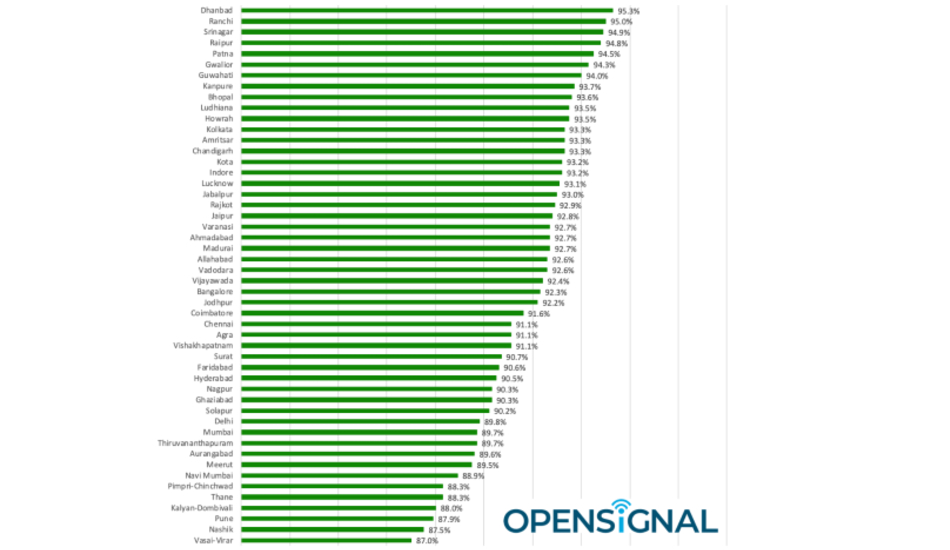 The other seven cities topping this list were Raiput, Patna, Gwalior, Guwahati, Kanpur, Bhopal and Ludhiana, all of which scored higher than 93.5 for the availability of 4G.

What’s more interesting to notice is that none among the top 10 Indian cities in this list were cosmopolitan cities, meaning Delhi, Mumbai, Pune, Bengaluru and Hyderabad were far from being the best region for 4G coverage.

Of India’s largest cities, Delhi and Mumbai were in the lower half of the table, neck-and-neck with scores just shy of 90 percent, behind Hyderabad’s 90.5 percent. Bangalore was mid-table on 92.3 percent, while Ahmedabad scored 92.7 percent. Nonetheless, all of the 50 Indian cities scored over 87 percent for the availability of 4G in their respective regions.