Nokia officially launched the Lumia 1020 with 41 megapixel PureView technology bearing camera and offers lossless zoom for the Windows Phone 8 platform. We take a closer look on how it stands against the Nokia 808 PureView.

Will the new Lumia 1020 dethrone the 808 PureView? Difficult to judge at this moment but we take a closer look at both these smartphones purely from the imaging perspective.

Nokia Lumia 1020 arrives with a nice 4.5-inch AMOLED ClearBlack display with PureMotion HD+ for touch sensitivity. This display by default supports 1280×720 pixel resolution natively and thereby offers greater pixel density compared to the 808 PureView. Even in terms of processing power, the Lumia 1020 seems to be a step ahead with its dual-core Qualcomm Snapdragon S4 Plus mobile processor and 2 GB RAM. Both smartphones carry different mobile platforms that are poles apart. 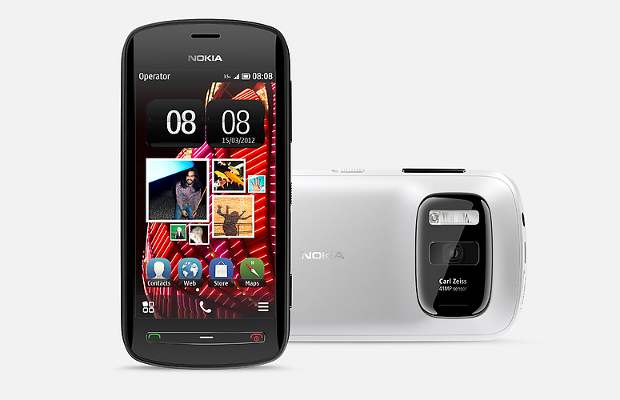 There are couple of things in common for both smartphones – 41 megapixel image sensor trotting camera with PureView imaging technology.

However, there are several differences even though both smartphones tout same megapixel count and PureView Imaging technology. Do note that this is meant for mobile imaging enthusiasts interesting in bagging a smartphone with most amazing camera.

Nokia Lumia 1020 is not as thick as presumed with the 41 megapixel integration. In fact it is 10.4 mm at its thickest point compared to the 13.9 mm thickness in the 808 PureView. Talking purely in terms of sensor, the Lumia 1020 integrates 1/1.5-inch sensor compared to the 1/1.2-inch sensor in 808 PureView. The sensor size has been reduced and Nokia has used the Back Side Illumination pixels in the Lumia 1020.

By default, the 41 megapixel image sensor is five times bigger than the regular smartphone image sensor. Both devices shoot in JPEG/Exif formats. The Lumia 1020 features the Carl Zeiss options with new 6-element lens setup that includes five plastic aspheric lens and one high precision glass layer which rests on the top. The Optical Image Stabilization is second-generation one with the motors to counteract the movements ( hand shakes) while capturing videos and images.

For better lighting, Nokia has packed two flashes out of which one is Xenon Flash for capturing better still images and freezing the motion. Second is the LED flash meant for the Auto-Focus assistance and while recording a video. 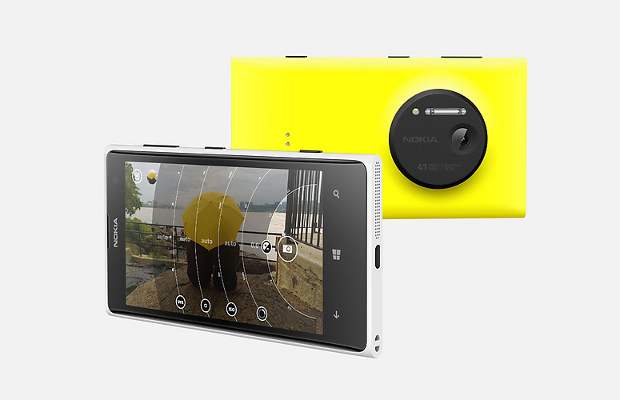 Nokia has moved from the f/2.4 aperture of 808 PureView to f/2.2 aperture in the Lumia 1020 for wider relatively imaging. The focus range for the Lumia 1020 remains the same – 15 cm to infinity. However, in case of low light environment, the users can always move to Manual Focus feature.

Even for the 1.2 megapixel front facing camera, the Lumia 1020 packs an f/2.4 aperture where as the one in Nokia 808 PureView is merely unusable with f/2.8 aperture. The front facing camera of the Lumia 1020 offers focus range of 35 cm to infinity. Take away for the users is to enjoy more manual focus control and capture slightly better images compared to the 808 PureView.

Nokia Lumia 1020 smartphone too come with PureView imaging technology, a pixel oversampling technology to create one better pixel. The Nokia 808 PureView device running a 1.3 GHz ARM 11 family mobile processor and packed a dedicated image signal processor to enable the PureView imaging technology in harmony with the Image Sensor module. However, Nokia has dedicated the image signal processing capabilities to the dual-core Qualcomm Snapdragon S4 Plus MSM8960 mobile processor for the Lumia 1020. 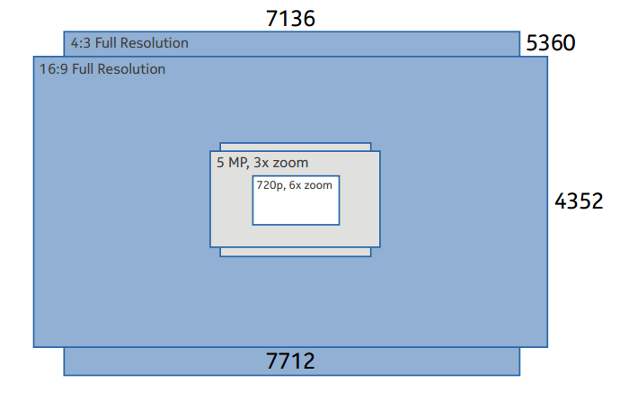 Nokia is touting the Zoom Re-invented for the Lumia 1020 smartphone as this too possess the lossless Zoom capabilities like the 808 PureView. Nokia has packed 3X high resolution zoom for immensely high image quality and interesting part is that the zoom is not permanent. To clarify that, the zoomed image can be opened later and the zoom can be removed to reveal the full scene. Not only that, the user can move around the zoom to other part of the image for checking the details of the entire image.

Nokia has also included the 3A algorithms that include Auto-Exposure, Auto-Focus, and Auto-White Balance for increasing the image quality significantly. There is a new White Balance technology included and the camera app also allows the user to manually adjust the white balance.

The Lumia 1020’s camera app brings along more manual control for the imaging enthusiasts for best quality images. The camera app is reportedly very smooth, fast and responsive. The manual controls dashboard includes following settings – Exposure Value, Shutter Speed, ISO, Focus and White Balance. The Exposure Value can be manipulated to click brighter photos by default instead of having to correct the brightness later at the image editing stage.

The Shutter Speed also known as Exposure Time allows the shutter to stay open and expose the sensor to as much as light possible for capturing more details and also for freezing the motion. With the Lumia 1020, one can set this to 1/16,000 of a second as the minimum shutter speed for capturing motion pictures and images in dark with Xenon Flash. Not only that, the light trails can be captured by dialing down the Shutter Speed to four seconds for adding the intentional blur effect.

The ISO settings are used to amplify the light but not all know that at higher ISO also brings in lots of noise to the image. The higher ISO numbers are used mostly in low luminance settings. 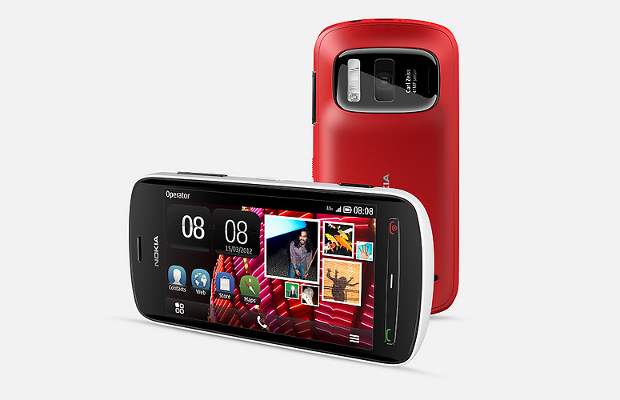 On the other hand, Nokia 808 PureView offers different white balance settings as – Automatic, Sunny, Cloud, Incandescent and Fluorescent. With the Lumia 1020, users can engage in to manual settings along with the pre-defined settings.

The new weapon for imaging in the Lumia 1020 is the Pro Camera app that allows more manual controls and better zoom-reframes. This app aids heavily for the still photography and also for video recording. Varieties of framing grids are offered for better framing. The app allows capturing videos in full 1080p HD resolution at 30 frames per second and also in 720p HD resolution. Same can be done with the default app in the Nokia 808 PureView.

Nokia had introduced the Rich Recording capability with the 808 PureView smartphone. This technique uses high density microphones that take more sound and suppresses the noisy ambient sounds. It can handle high pressure sounds such as the ones at the Rock Concerts to record more rich and real-life like audio. Nokia has added new Audio Bass Filter settings in the Pro Cam app that can used to manipulate the frequency of audio. The Default option offers best balanced recording in any condition while the Strong option can be used while there is wind-noise or constant engine noise. For advanced users, there is an off option that provides flat frequency meaning for more flatter sound.

The Nokia Pro Camera app would be made available to the Lumia 920 and Lumia 925 devices as well but some features may not be usable due to lack of the 41 megapixel image sensor.

Without having a head to head comparison of the images, it is difficult to state whether Lumia 1020 actually performs better than the 808 PureView. However, the Lumia 1020 indeed is the worthy successor of the Nokia 808 PureView; the former was also inadvertently numbered as Nokia 909.

The Lumia 1020 smartphone brings the Pro Camera app for more manual control, slimmer image sensor module, better optical image stabilization and improved rich recording. These are enough to point that the Lumia 1020 may perform better than the Nokia 808 PureView. 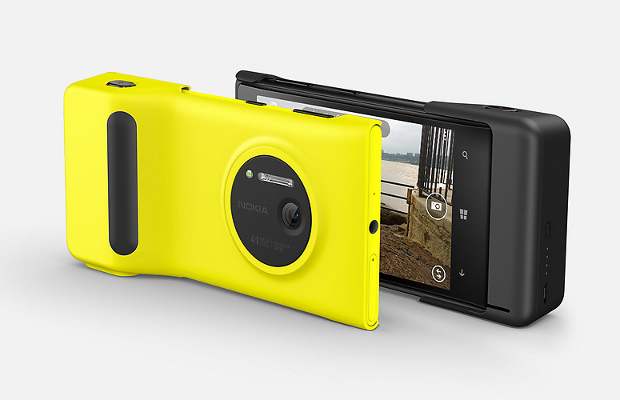 But there is a set of people being dismal about Windows Phone 8 mobile platform. Not to forget, that the Nokia Belle has also been sort of retired and will be supported only till 2016 year.

The new Nokia Lumia 1020 with improved 6-element Carl Zeiss lens and Xenon Flash might get some boost in imaging eventually.